By: Steven Armstrong | Movie Reviews | January 24, 2014
Young Detective Dee is one of those films you shouldn't go into expecting too much from. You should just go in and let it take you where it will because after all, there isn't much you can do about it. That's what I did. So much takes place in this movie that requires you to suspend your disbelief to the point to where you almost forget what disbelief is after a while. Having never heard of Detective Dee, I really didn't know much about him. I have however, always been a fan of any good detective story since I was a kid. I mean, The Great Mouse Detective was one of my favorite films. For those who don't know, Basil of Bakerstreet is basically the mouse version of Sherlock Holmes, who I've also loved since I was a kid. Upon learning that Dee is a lot like the Sherlock Holmes of Asia, I was thoroughly excited to see what this movie was all about. 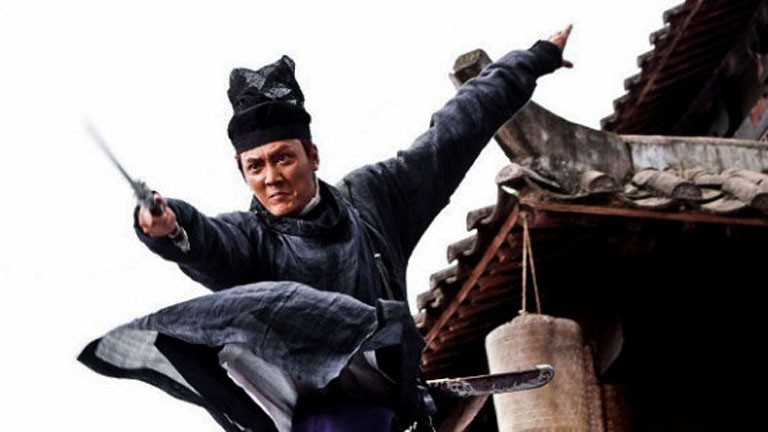 This prequel to the 2010 hit Detective Dee and the Mystery of the Phantom Flame, is just good, old-fashioned fun from start to finish. I found the story intricately plotted and endlessly engaging. Taking place in 665 A.D., this is young Dee's first case, which involves an attack on the Navy of the Tang Dynasty by what many of the villagers are calling a giant Sea Dragon. This leads the country's ruler, Empress Wu Zetian (Carina Lau), to order the leader of the city's peace force, Yuchi Zhenjin (Feng Shaofeng) to solve the case in 10 days or else heads will roll, quite literally. To make matters worse, a mysterious lizard-man has been spotted and he's looking to kidnap the city's most famous and beautiful courtesan, Yin Ruiji (Angelababy), who it seems, is also the target of an unknown rogue group of ninja-like villains. Throw in something about transformative parasites and a place called Bat Island, and you've got a lot of pieces to put together. Not to worry, we're in the capable hands of Detective Dee and he is just the man to go on the adventure with. I saw this as a film that existed in multiple areas, which I appreciated very much. The base area of mystery it occupies is a given, considering that the main character is a detective and the good guys who are his allies are also trying to solve the case. With that comes some action/adventure pieces, which come in healthy doses. There is also a bit of romance, small scale classic horror, large scale Kaiju grandeur and just wonderful moments of the whimsical and fantastic. It almost feels like a live-action anime. In fact, I think this could be a great animated series. With something in it for everyone, it's impossible to see how anyone could come away from this film having not enjoyed it a little bit.

This movie contains some of the most awesomely choreographed kung fu, or 'wirefu', as it is also called, that I've seen in a long time. The movements are just beautiful and contain a kind of poetry that is reminiscent of something like Crouching Tiger, Hidden Dragon. The difference here though, is that there is a more cartoony feel akin to something like DragonBall Z or Naruto, minus the powerful energy blasts. The cinematography is also quite lyrical at times and something to behold. Make no mistake, this is a big film in scope and the camera manages to capture the scale of the fights and the locations in a way that does justice to what we're supposed to be seeing. Everything is photographed in a way that makes you feel as if you are experiencing a large moving painting. 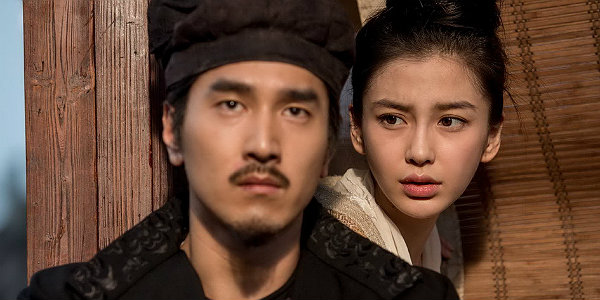 The film also boasts a pretty solid cast. Mark Chao is good as the young, intrepid Detective Dee. He possesses a calm energy that's consistent throughout and suggests a confidence, which you completely buy as you begin to see Dee's almost super powered way of staying one step ahead of nearly everyone as he puts together the pieces of the mystery. He's no slouch in the fighting department either even-though he isn't seen doing a great deal of fighting. The truth is though, you don't really miss his fighting much when you have someone like Detective Yuchi in the mix, played as straight-laced a cop as they come by Feng Shaofeng. He has a healthy amount to do and he plays the more spontaneous opposite to Dee's mild-mannered disposition very well. The two are a great compliment to each other. You could argue that this is just as much Yuchi's story as it is Dee's since he is almost more prominently featured than Dee. Carina Lau, the only returning cast member from the previous Detective Dee film, isn't around for very long at all which is a shame, but she dominates her scenes as the iron-fisted ruler of the Tang Dynasty. You feel something almost visceral when she delivers her lines, which she does as precisely as a razor blade slice. 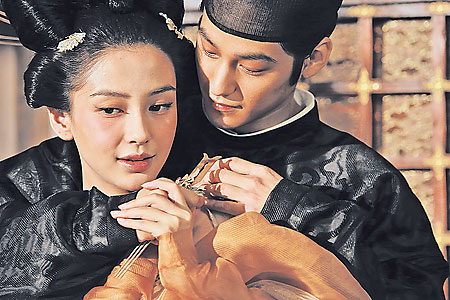 I had a blast watching this movie. The only problem I had with it really wasn't about the film itself, but the subtitles. I've seen many foreign language films where following along isn't much of a problem, but I can't say the same here. I recommend non-Mandarin speaking audience members to brush up on the language because the subtitles appear and disappear way too quickly. It shouldn't be a problem if you're a fast reader, but If you happen not to be, what you could also do is watch the film for the action and the visuals because it is a very pretty looking motion picture.
Rating
9.0
Pros