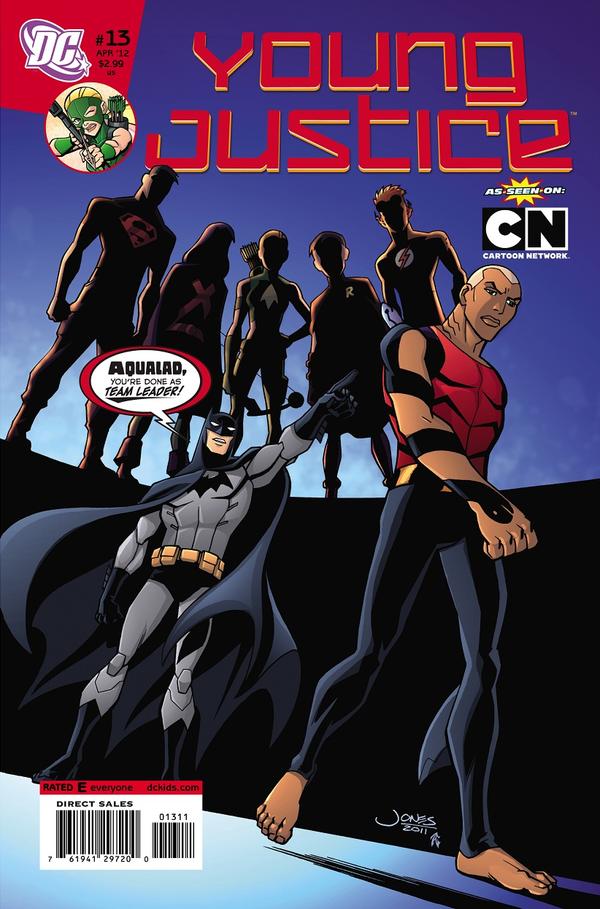 I loved the art for the cover of this issue because it is very similar to the art we see on the television show. This will make it more tempting for the fans of the show to pick up the issue once they see the familiar art on the cover. But there was one thing I did not like about the cover and that was the concept. The concept was kind of misleading because Batman tells Aqualad that he is not team leader anymore. In the end of the issue Aqualad does not quit as team leader, but he does say he wants to go back to Atlantis.

In this issue we get to see the Young Justice fight Clayface, who seems to be a pretty big challenge as a shape shifter because it was very easy to deceive the team. Artemis goes on a solo mission in the jail to try and deceive an old family friend.

Like I said earlier in this review we also get to dig deeper in all of our favorite characters because of this series. In this issue we get to dig deeper with Artemis and Aqualad. Artemis we learn more about her past as a daughter of a villain and we learn that Aqualad may want to be in Atlantis more than on land. Which I thought was great to learn in this issue.

My only big problem with this issue and this series in general is that we always get stories that intertwine with episodes of the show. We do not get issues with just their own adventures. It is bad for the fans whom have not seen every episode because they may not be able to understand the issue as much. I think it may help if in the beginning they mention which episode they are continuing or filling in the blanks for.

The art for this issue was great. As I said for the cover portion for this review, I love how this series makes the art so similar to the television show. I love the art on the television show and I am glad that they could put that art into its comic book series.