It didn't take long for confirmation of another film in the "Hangover" franchise, but the details of it being “deadly serious” left some of us feeling uneasy about a third installment.

Breakout star of the series Zach Galifianakis recently sat down with Rolling Stone, with the popular comedy films obviously being a subject of the conversation. Apparently this sequel is serious business already; here’s what he had to say via Geek Tyrant: 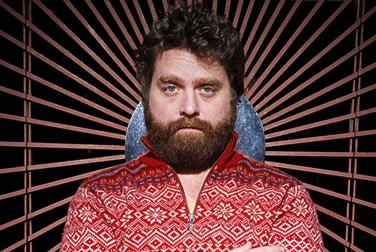 “They want to do a Hangover III. I'm getting fricking phone calls already." He goes on to reveal [sic] tha they plan to ‘ditch format of the first two and focus on Alan (Galifianakis) after he escapes from a mental institution with help from the wolf pack — Phil (Bradley Cooper), Stu (Ed Helms) and Doug (Justin Bartha).’"

While that doesn’t sound “deadly serious” – Alan was bound to get stuck in a mental institution one of these days, right? – it’s definitely a stark turn from the first two features and likely marks a significant change in pace and plot development from them as well. At the moment, it sounds much more promising than again employing the find-our-lost-friend plot device of the previous installments and could shape up to be a really intriguing comedy project.

What do you want out of a third "Hangover" and will that idea suffice?