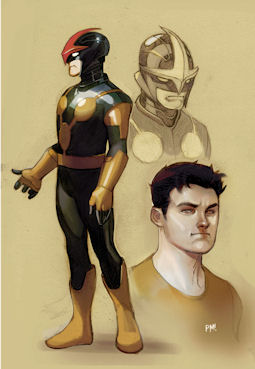 Beginning with issue six, Nova will no longer be under the creative team of Jeph Loeb and Ed McGuinness. Instead, Zeb Wells and Paco Medina will be handed the reigns of Marvel Comics’ latest young hero.

Reasons for the creative change after just one arc are basically the same as the case with Frank Cho doing the same with Savage Wolverine. The creators involved are just too busy for an ongoing schedule. This is certainly the case for Loeb with his commitments to Marvel’s TV and animation department, though the writer says to not count out him making a return to Nova in the future.

It’s probably worth noting that this is all happening around the same time as Marvel has taken shots at DC’s New 52 for its creative team changes after just a few issues. Marvel NOW! has two series whose original creative teams are leaving after the first arc. But to be fair, they’re leaving after the first arc. They aren’t either being fired or fleeing to the hills in the middle of an arc. So really, Marvel still wins on this score. 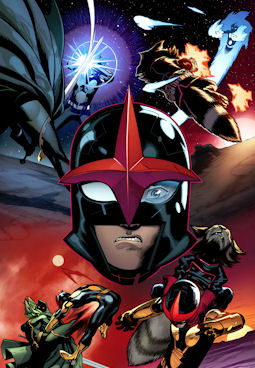 Wells and Medina’s story arc will pick up after the events of Avengers vs. X-Men, because the current origin arc is taking place before it. Remember that Nova appeared in Avengers vs. X-Men? Yeah, I totally forgot about that too. Now that I think of it, he was there for a second. Hardly one of the finest character introductions ever, but what are you going to do? Nova’s second story arc will see him interacting more with the Marvel Universe, which was part of the appeal to Wells. It isn’t often you get to write a character viewing the Marvel Universe for the first time.

Nova has actually been a pleasant surprise. I’ll admit to being pretty negative coming into the new series. As a big Nova fan, I can’t say I appreciate being teased for months (years?) by Marvel that “Nova fans would soon have something to be happy about” only for that news to be the character being replaced. On top of that, it was going to be done by Jeph Loeb, a writer whose recent work has done little to earn the benefit of the doubt. Yet, the first two issues of Nova have been surprisingly good, featuring a new character who comes off as pretty genuine and relatable.

Zeb Wells and Paco Medina begin their run with Nova #6.