By: Edward Oliveira | Wii-U News | December 27, 2013
Princess Zelda, one of the most popular characters in the Smash Bros. universe since her debut in Super Smash Bros. Melee has been unsurprisingly confirmed in the new Super Smash Bros. for Wii U/3DS. 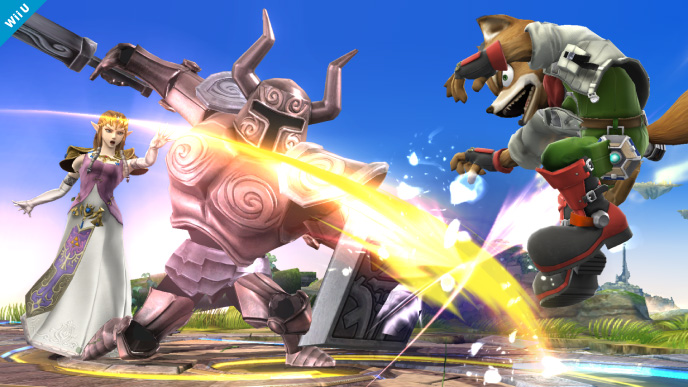 Among the ten new screenshots posted, one thing we do not see is Shiek. While it’s safe to say that Zelda’s alter-ego will return, a shot of her controlling a Darknut may hint that she can do something them. In The Legend of Zelda: Spirit Tracks, a temporarily deceased Princess Zelda could assist Link by inhabiting these suits and control them.
Unlike any other character reveal, director Masahiro Sakurai has not been able to post something about her on the official Smash Bros. Miiverse community due to the Nintendo Network being down.