"Surprisingly Bold and Fun"
By: Steven Armstrong | Movie Reviews | March 12, 2016
A utopia is a kind of system of social and political perfection. In such a system, individuals live and work in perfect harmony. So, it does feel a bit ironic when considering a film called Zootopia, which is obviously a play on the term utopia, particularly because we know inherently that there is more than meets the eye of the grand and beautiful city of the same name. Is there a perfect harmony here? Perhaps on the surface, but as we so often find, there is also something more relatable and resonant here for us to experience. Centuries ago, animals of all species used to exist as a part of a never-ending food chain. The dance of predator and prey seemingly eternal. Until at some point, a little something called evolution took hold and suddenly, predator and prey could prosper together and live harmoniously. No more running from carnivores to stay alive. No more being dominated by the will to hunt and kill in order to live another day. In no place was this more representative to the best of its ability than in the city of Zootopia, the place of perfection.

Armed with a fierce optimism and a dream to change the world as Zootopia's first bunny cop, young Judy Hopps (Ginnifer Goodwin) is a mammal on a mission and she's determined, against all odds, against the social norms projected onto her, to succeed in her endeavors. She has a lot to prove and even more to learn than she realizes. Her greatest teacher comes in the form of a sly, con-artist fox Nick Wilde (an excellent Jason Bateman). Judy and Nick form an uneasy partnership in order to solve a case of behind a number of missing mammals and along the way they encounter a host of obstacles both externally and internally, ranging from predatory threats to their own biases and it is great fun to witness the two learning from each other. The animation is unsurprisingly nothing short of show-stopping. It is probably the best thing about the film aside from the story. The characters move with all the range necessary to get us to feel for them. The bunny nose twitch Judy does when in fear or when her instincts as a cop kick in at the hint of a crime are wonderful character quirks that happen to be natural behavior of rabbits. The colors of the visual display are vibrant and full of character from the brightest brights to the darkest darks and everything in between. The city of Zootopia is something to behold, with all of its 10 plus districts of various ecosystems from the tundra to the arctic spaces to the lush rainforests. It is truly a marvel and the audience is allowed, encouraged even, to ogle at it, taking in every bit with Judy as she becomes exposed to a world far from her home on the farm.

The voice acting is expectedly stellar. Jason Bateman has really carved a nice space for himself in this film, his snarky, quick-witted persona is a perfect fit for the street smart and world-wary Nick Wilde. He plays wonderfully off of Ginnifer Goodwin's tenacious and naive Judy in each aspect of their relationship. They are a perfect pair of opposites. There is a hint of sexual tension, perhaps a little more than a hint, but the focus is on the friendship that is ultimately formed through looking past their obviously differences and ideologies. All of this is on full display in the best way possible. Supporting players also add great flavor to the proceedings. J.K. Simmons is great as Mayor Lionheart. His voice is both gruff, lively and has some great, sharp lines that feel like they came from Whiplash: The Kids Version. A clear standout though, is Idris Elba as the cape buffalo police chief Bogo. He is commanding, which lends considerable weight to the proceedings. He is also quite funny. 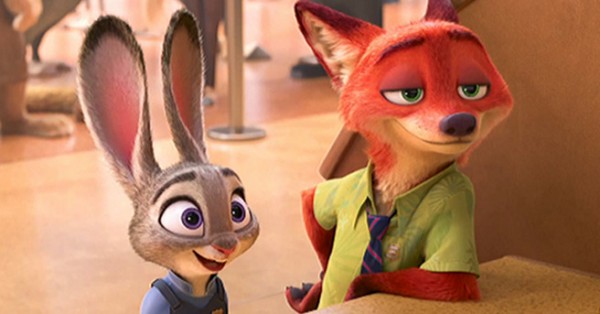 No matter your personal feelings about Disney the company or its previous animated offerings, the originality it brings with Zootopia in terms of the execution of its story should be recognized. Considering Disney's history with including aspects in its early films that could be viewed as tone deaf at best today and blatantly offensive at worst, with respect to different cultures, this film could stand as an example that Disney is not only self-aware of the history of the content it has been putting out, but the company also seems socially aware of what is happening in the world around it today. Zootopia wrestles directly with subject matter that is timely, while not being preachy and manages to keep things light and fun. In a way, the film is a little subversive in the ways it deals with race relations and prejudice and the complicated nature inherent in the dynamics of that. The film could serve as a good conversation piece for families, gently opening the door for tough discussions with talking animals in a light-hearted manner to engage with kids who stand to gain the most in terms of learning about biases, both their own and those thrust upon them by their parents and society at large. 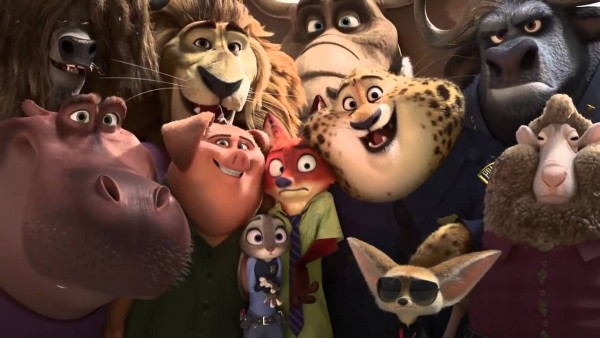 Though, the argument could be made that if Walt Disney Studios could tackle issues of race, racial profiling, gender-biases and prejudices with talking animals, surely they could certainly tackle these same issues with humans couldn't they? Not to take away from the originality of the approach the filmmakers took, this is merely an observation. Maybe one day Disney will actually be bold enough to deal with actual humans, or perhaps it does not matter as much on one end. After all, the experience is a human one, not necessarily one linked to a particular race or ethnicity. On the other hand though, it is important on some level for audiences of certain cultural groups to see themselves represented. Until then, fully clothed talking animals will have to do. Audiences will accept that.
Rating
9.0
Pros