Since nearly the origin of cinema, countless filmmakers have aspired to immerse viewers in their world and believe what is on screen. Tracking shots, one-takes and long-takes are all fascinating tools to present a real time, in-your-face experience that bring you along with the characters on screen. Editing is obviously one of the most important discoveries in film, but leaving your camera steady for that little while longer seems to be a lost art.

It pains me not to give just dues to some older examples of these sequences (Rope, Touch of Evil, The Player, to name a very few), but if I were to mention them all I would surely lose your attention upon clip 87. Thusly, in honor of the release of Silent House, the “one-take” horror film starring Elizabeth Olsen, we will run down 10 of the best modern tracking shots, in no particular order. 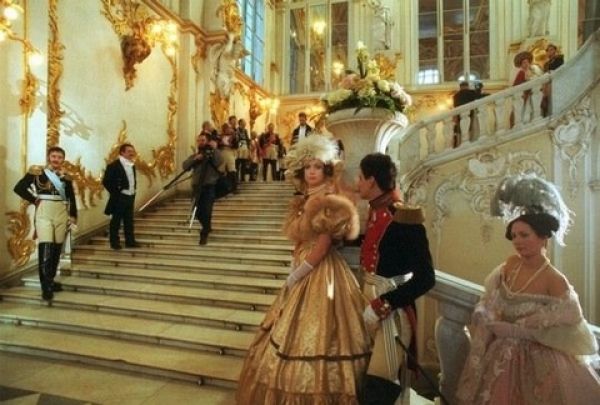 Boasting in the vicinity of 2,000 cast members (though director Aleksandr Sokurov never revealed how many actually participated), Russian Ark, running at 96 minutes, was shot in one, unedited take. Three failed attempts occurred initially thanks to technical glitches, but the fourth was ultimately successful. This historical fantasy finds a French aristocrat travelling through the Russian State Hermitage Museum where encounters historical figures from the last 200 years. The consensus seems to be that the film as a whole wasn’t a total success, but the gimmick itself isn’t rendered any less impressive because of it.

There are a number of long takes in Alfonso Cuarón’s dystopian masterpiece, but two in particular stand out and are rather jaw-dropping in their sheer scope, coordination and authenticity. The first features an attack by rebels on our protagonist’s vehicle (warning: spoiler in the clip), which was shot using a rotating rig and in six takes over four locations. The second is a lengthy sequence bringing to life the uprising of said rebels in the slums. Bullets fly, blood that splatters on the camera at one point (this was actually accidental from when a squib went off too close) tanks blast buildings and people are cut down left and right. Don’t ask me how Cuarón pulled this one off, but it awes me every time. 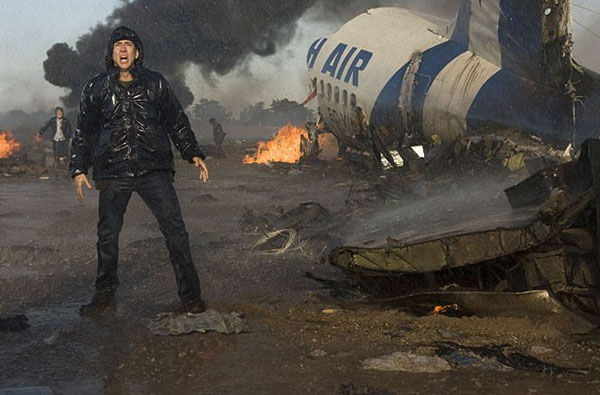 I initially mentioned that tracking shots help to immerse viewers in a film’s world, but who says that tracking shots have to be crafted using the real world? Of course when making the fantastical seem like reality, filmmakers turn to their old friend CGI. Such is the case with Alex Proyas’ Knowing, which features a disturbing sequence following a fiery plane crash when Nicolas Cage’s character stumbles through the flaming wreckage trying to help many of its doomed passengers. Scary stuff for anybody with pteromerhanophobia (i.e. fear of flying).

The key to Joe Wright’s successful reconstruction of the WWII evacuation at Dunkirk in Atonement certainly comes down to sheer numbers. Utilizing a whopping 1,000 extras paid 50 pounds each, (all crammed onto the beach at Grimsby Docks in Redcar, England), five five-minute takes later, Wright understandably called this the most challenging portion of shooting on the film. The set alone cost 1 million pounds, but when you see what made it to the big screen, it was money well spent. 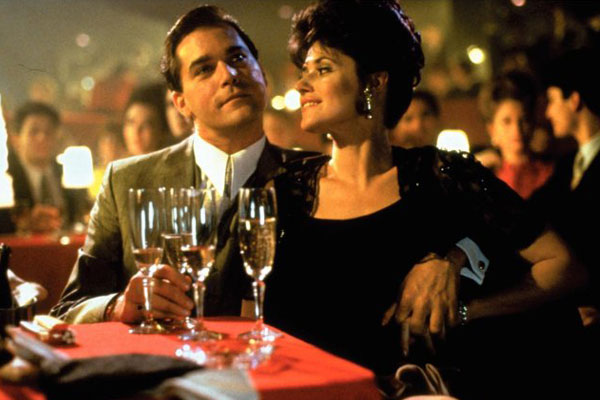 They say practice makes perfect and such is the case with many of these sequences. The famous scene in the Copacabana nightclub took seven takes to perfect (one take was ruined because Henny Youngman forgot his lines). Scorsese was apparently inspired to attempt such a shot after seeing the long, steady camera shot in Brian De Palma's The Untouchables. This one-take gives a great sense of atmosphere and truly immerses you in the nightlife. If all your life you wanted to be a gangster, well, watching this clip is probably the closest you’ll get.

An important by-product of filming a one-take is the ability to convey a sense of space, especially one that we are not familiar with. Having to rebuild Serenity after it was scraped when Firefly got axed, its no shock that Joss Whedon wanted to show the ship off. I take it not many of you have been aboard a futuristic spacecraft, so Whedon’s opening shot in Serenity (following Nathan Fillion’s Mal as he journeys from bow to stern) is an asset in making us believe this world. I was unable to find a clip of this particular shot, but if you need a refresher just pop your DVD in. And if you’re saying “but, Simon, I don’t own Serenity” I say to you, “for shame!” 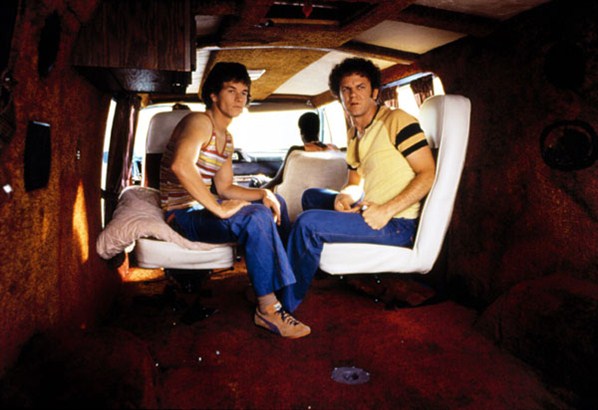 The opening scene of Paul Thomas Anderson’s debut effort was shot in a three-minute chunk and filmed in a single camera take. It begins in the street where Jack Horner and Amber Waves drive up and follows them as they get out of their car and walk into the nightclub. Uniquely, most of the characters in the movie are introduced (albeit briefly) in this shot. Anderson would use a similar approach to tour the television studio in Magnolia.

One of the most famous fight scenes in recent memory, the one-take corridor scene in Chan-wook Park’s Oldboy was shot over the course of three days. No computer graphics or clever edits were used, only some subtle effects to show Oh Dae Su getting stabbed in the back with a knife and correct some punches landing. Unlike any of the other mentions on this list, the hallway fight is shot entirely from the side and the camera pans left and right, never swinging to the front or the back. Because of this, the skirmish almost plays out like a gritty painting or tableau. 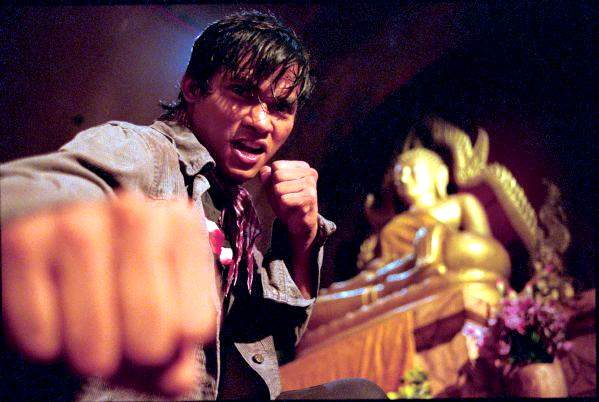 No sneaky edits are to be found in the lengthy restaurant fight scene from 2008’s The Protector, which easily stands as one of the greatest action sequences of the decade (if not all time). Tony Jaa dispatches attacker after attacker on his quest to find his captured pet elephant, either crushing their faces in or tossing them two stories to their demise. If anything, this tracking shot demonstrates the impressive physicality of Jaa and seeing him kick ass in real time truly enhances my desire to never find myself on his bad side.

Director Brian De Palma is no stranger to long takes (see Carlito’s Way, Carrie), but the opening sequence in Snake Eyes (with the help of some sneaky edits) is his longest at over 13 minutes. Using eight cuts, the camera follows Nicolas Cage’s character – his second appearance on this list – as he journeys from his hotel on the night of a big fight and into the arena. Like Boogie Nights, it also introduces a host of characters. This may be one of the poorer films on this list, but the sequence itself is wonderful enough to mention. Sadly, Paramount has yanked any trace of this scene off of YouTube, so if you see it on TV some time, flick it on for a while and marvel at its artfulness. Then turn the movie off.