Stop! In the name of the law…s of quality cinema! Cop flicks and police procedurals are a criminally (no pun intended) undervalued and mistreated segment of the overarching crime genre and usually surface only as a regurgitation of clichés and embarrassing genre tropes. Great early reviews from this year’s Toronto International Film Festival seem to indicate David Ayer’s End of Watch may have broken this trend, but just to recap on what needs to be avoided, let’s run down 10 police movie clichés that definitely deserve the death penalty. 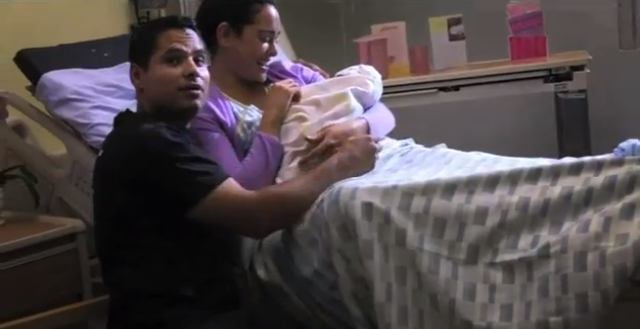 Of the sure-fire indicators of the impending death of a character (he’s black, they’re the ass-kicking second in command, they just ate an orange – whatever) a baby on board is one of the most overused and definite of the bunch. What is supposed to come off as gut wrenching (daddy’s not coming home, sweetie *sniff sniff*) has now morphed into something cloying, manipulative and overdone to hell. Actually taking the time to craft a well rounded, believable individual through dedicated screenwriting has been replaced by limp attempts like this to draw sympathy. 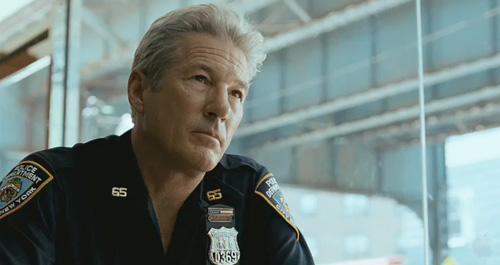 Getting too old for this shit? Well prepare to take a bullet or the very least get swept up in the biggest case of the century. Hell, maybe that salt-and-pepper-haired copper will even realize they don’t want to leave the force just yet. There is nothing wrong with having an experienced cop square off against someone further down the totem poll (often the veteran vs. greenhorn rifts are the most entertaining parts of films to use this device), but why do they have to look 85 and still be doing beat work? And why the hell do they still carry a revolver when everyone else is packing semi-automatic glocks?

3. The Stern (but forgiving) Captain

“Turn in your gun and your badge!” It shocks me (well, not really) that there are still variations on this now-laughable occurrence in films from this genre even when it’s been called out so many times. You know it’s time to retire a cliché when this particular scene has even been overdone in spoofs of these movies. In cop films, the Captain always has way too much power and will ultimately come around and forgive our scolded officer even after violating everything from the Miranda Rights to The Constitution and leaving a trail of bodies the length of Manhattan Island.

From Lethal Weapon to Training Day to The Wire to every rip-off in-between, Hollywood loves the oddball couple/thrown-together-in-fate/ebony and ivory mix-up. This is particularly a favorite device of buddy cop comedies, which also think throwing together a type A personality with a type B will organically result in hilarity. Originally a change meant to break up the monotony of two average Joes bopping around in a cruiser, this cliché has now become the new norm and it seems the belief of the movie-machine that any reversion back to the basics will come off as dated or bland. What was once novel has once again just become “the way things are done.” 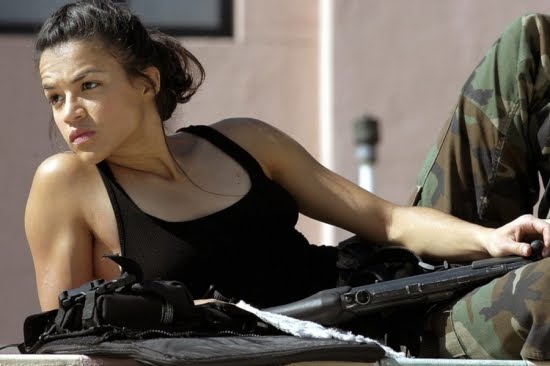 The subject of bigotry and sexual harassment at first, this x-chromosome-endowed staple (usually named something like Officer Perez) will eventually play a key role in taking down the baddie toward the climax. She will also get into a scuffle with a fellow brutish cop who rubs her the wrong way (perhaps literally) and get whistled at every time she enters a room. This genre would certainly get boring fast if all that inhabited it were 30-ish white guys strutting around, but there is no excuse for the lazy and stereotypical portrayal that women land in these films. Even though I’m sure in countless real-life instances female cops get tons of flack from their male counterparts, why do we never see actual camaraderie across the sexes? And god forbid they’re portrayed as weak at any point (that’s sexist!). No. They are written as the second coming of Sarah Connor. 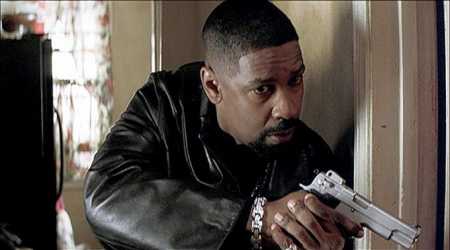 Duality and elements of anti-heroism in a character can often be the most compelling – I get that. Nobody wants ho-hum vanilla when you can get a dark chocolate swirl, especially when examining something like policing, which in its essence is supposed to be about righteousness and justice. Alas, apparently it’s no longer a novel idea to have the cops be the good guys and the thieves, murderers and rapist the evil side of the line. Of course I can think of a number of films that employ this trope with aplomb (in fact a number of the best movies in this genre do), but I think at this juncture it may even be jarring to see a police procedural without a man conflicted about upon which side he lands. It would be like heading to a slasher movie and not having a cat jump out of a closet or to a Michael Bay movie and not leaving with your ears bleeding. It’s become the expectation. 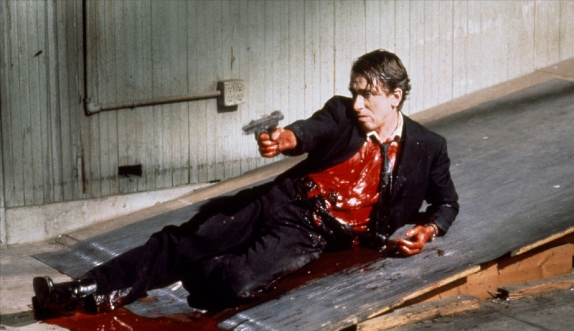 “I'm a ... cop.” Three words that used to incite a gasp now involuntarily trigger an eye roll. Other than Serpico, which is one of the few straightforward examinations of an undercover cop and his struggles with the job, most police films feature an officer in deep cover only to toss audiences that realization as a last-act twist in which the law and the bad guy (who have become close friends in their years together in the criminal underworld) must now work together to escape a sticky situation (or something like that). I would love to see a basically structured film utilizing this area of policing but instead we just get M. Night Shyamalan-ed with a left-field bitch slap.

The full might – the sole attention – of a Columbian drug cartel is dropping the hammer on one cop. Drive-bys, strike-teams, attempted bombings, paid-off dirty cops, they lay it all on the proverbial table, but Officer Copper will have none of it. Do massive criminal organizations that need to worry about FBI, DEA, ATF, rival criminal consortiums, colossal distribution networks and their thousands of employs really care that one LAPD beat cop shot a mid-level dealer in a drug raid? Enough to rain fiery hell down on the entire city? Ruthless and sadistic crime bosses are a good yin to the yang, so to speak, but they’re always assembled as a heap of over-the-top Pacino leftovers, mixing Vito Corleone and Scarface with a bucket of acid.

Essentially the anti-veteran (in terms of age), these two usually go hand-in-hand in their role, in that both will experience the ultimate shit-storm on the worst possible day. For the grizzled old-timer it’s their final beat and for the rookie it’s their first day on the job – still puppy-eyed from the academy. Normally the story goes either from the rookie’s point of view or they’re just fodder so that the main character can weep at the feet of another baby taken too soon by the evil of the world. At the very least, could we have a police film with a competent newcomer and not some dork that looks more at home behind a desk in a law office? 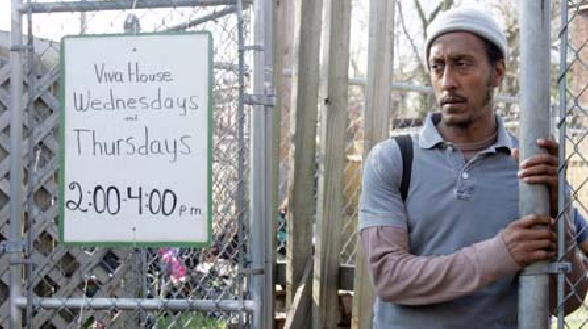 Named something like “Mouse” or “Zeke,” every police drama out there has the wheelchair-bound, dishevelled, vagrant-looking snitch that has eyes and ears everywhere in the city. Playing coy at first (and asking for more money, a Big Mac or something of the like) he will eventually give up the perfect morsel of information at the perfect juncture (usually prior to getting plugged by the people he ratted out at the least opportune juncture for our boys in blue). Essentially, these individuals are just plot devices that have been put in place to allow the main character to avoid doing any of that boring, actual police work.