12 Years a Slave: A Harrowing Look at the Life of Solomon Northup

By: Jordan Brooks | Movie Reviews | June 19, 2014
12 Years a Slave, based on the non-fiction book of the same name, is the Oscar-winning biographical epic by Steve McQueen. The film's weighty narrative follows the abduction and suffering of free-born musician, Solomon Northup into the southern slave trade. McQueen set the bar pretty high for himself with his first two feature-length films (Hunger, 2009 and Shame, 2011), but is able to confidently deliver a beautifully poignant film. The film opens with a haunting tracking shot pushing its way through a thick growth of sugar cane. The camera stops to study a group of slaves laboriously bundling the cane, and loading it onto a wagon. A quick cut to a solemn dinner, and another into an incredibly cramped cabin wherein the slaves are made to sleep. McQueen makes it perfectly clear, in these first few minutes, that these slaves are thought of as little more than farming equipment. Solomon Northup (Chiwetel Ejiofor) is among the huddled masses, begging for sleep to finally come. He flashes back to a better life; freedom with his loving wife and children in Saratoga, NY. He reimagines how he came to be in his present situation, one which he believes will only end with his death. 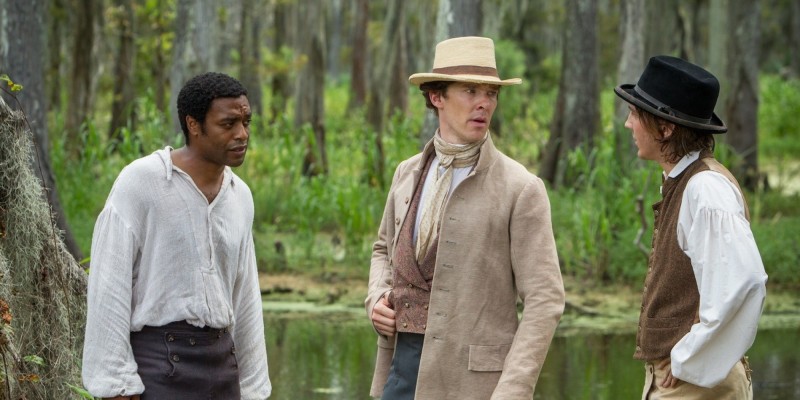 Solomon Northup was born a free man in Essex County, New York, and had been a property owner in Hebron. A talented musician, Northup was “recruited” by slave traders posing as circus performers, who hired him to play for two weeks in Washington, DC. Lost in his excitement, Northup drinks far too much wine at their celebratory dinner, and passes out. The imposters then strip him of his papers, and turn him in for a bounty for an escaped slave prisoner. Unable to verify his freedom and identity, Northup is transported to the incredibly bleak south. Upon his arrival, he is put up for auction, renamed “Platt” and is forced to get a first-hand look at the reality of slavery. McQueen's depiction of the heyday of slavery in the south leaves one speechless. In one of the most unforgettable scenes in the film, Northup steps foot in the south, and is immediately hit with the realization he is property. Auction blocks selling newly-imported slaves in shackles, scarred backs from innumerable whippings and the look of desperation and despair on men's faces disfigured from sadistic medieval punishments, paint a horrific picture that will leave an indelible mark on the minds of viewers. In his years as a slave, Northup is met with countless adversity and hardships. Some of his masters seem to have some understanding of the slaves' humanity, while others are unbearably ruthless. A “gentle” introduction to his lengthy internment, Northup is sold to a farmer named Ford (Benedict Cumberbatch) who takes a particular interest in Northup. He recognizes his sizable education, and even gives Solomon a violin to help earn himself money. While he is certainly a more reasonable man, he is incapable of providing any real relief to Northup's situation. In committing a single act of insubordination, Northup is nearly hanged by the overseer of Ford's farm, Tibeats (Paul Dano). Unable to rectify the situation, Ford is forced to loan Northup to Edwin Epps (Michael Fassbender), a coldly-psychopathic cotton plantation owner. 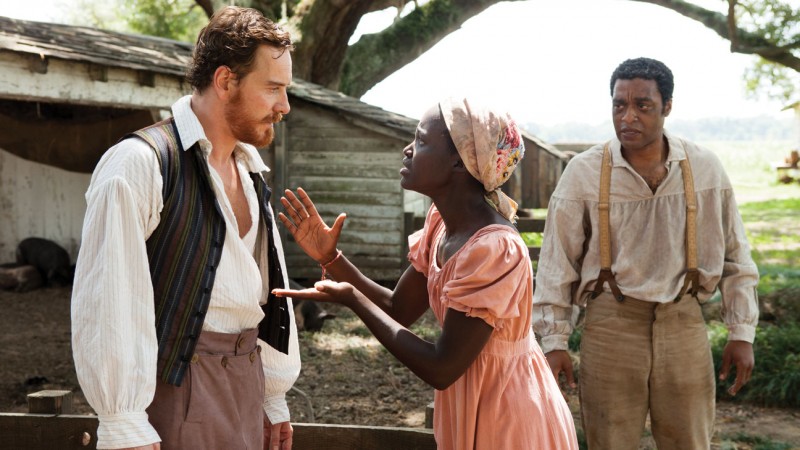 Edwin Epps, considers himself a very religious man, and runs his plantation with the angry hand of god. Michael Fassbender delivers one of the most powerful performances of his career as the deranged Epps. He is both cold and distant, while at the same time having a penchant for fiery, hate-filled outbursts. Most of these rages are directed at Patsey (Lupita Nyong'o), the top producing cotton-picker and the aim of Epps' “affection”. The mix of Mistress Epps' (Sarah Paulson) disdain, and Edwin Epps' own misguided rage, Patsey's story is absolutely harrowing to watch. In the most emotionally pivotal scene, Patsey is forced to go to a rival plantation for soap (as Mistress Epps has refused her any means of washing), and Epps takes it a challenge of his authority and his commitment to his wife. Epps forces Northup at gunpoint to whip Patsey until Mistress Epps' contempt is assuaged. Ejiofor's ability to portray complete helplessness, fear and shock is excruciating to watch. His performance is only superseded by that of relative new-comer Lupita Nyong'o, whose portrayal of a completely broken-down and abused Patsey will be forever remembered in the annals of cinema history. The arc of the plot (albeit historically based) leaves Northup in a constant flux of emotion. He swings wildly from hopeful, to complete dejection. Northup is made to wrestle with what it means to be a human being, and to be confronted by others who believe otherwise. One could make the argument that slavery is much harder on Northup, as he is able to use his past freedom as a reference point for the horrors of slavery. His anguish is demonstrated by the occasional flashbacks to his time spent as a free man. His ability to look back at his early life is a double-edged sword; it gives him hope and a reason to carry on, but the memories are also incredibly distant, and leave him emotionally drained. 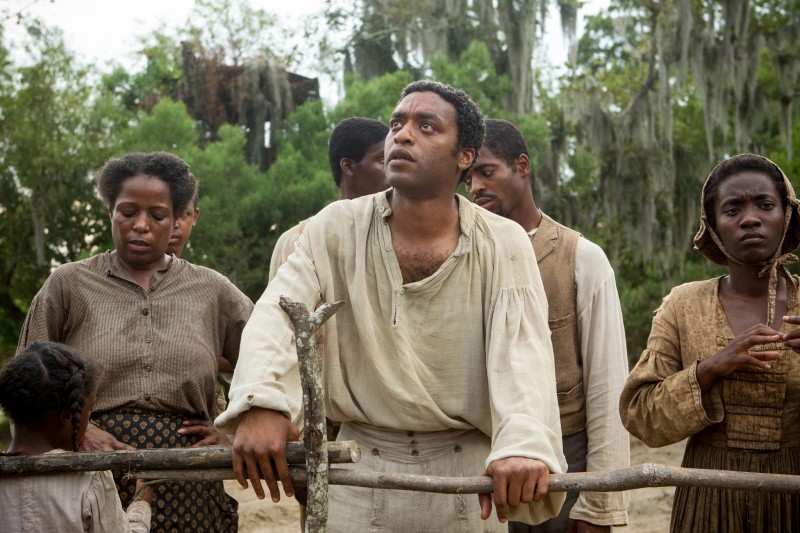 12 Years a Slave is one of the most gripping and painful films of 2013, and is equally unmissable. In the exceedingly capable hands of McQueen, this human drama is given to the audience in disjointed vignettes of Northup's life, interspaced with masterfully framed landscape shots. By contrasting images of the hauntingly beautiful scenery, with the unimaginable horrors of slavery, McQueen offers up a sort of a palate cleanser; readying the audience to take more of the story in, and to better perceive the experiences. Ejiofor's Northup is an extremely complex character. Ejiofor uses his considerable talent to display a wide range of emotional states, ranging from his quiet elation at the thought of freedom, to the lowest low of isolated desperation. With a simple agonizing look, Ejiofor is able to put a lump in the throat of even the most emotionally-hardened movie goer. Coupled with a very strong screenplay and an unbelievably talented supporting cast, Ejiofor is able to painstakingly transport the viewer to one of the darkest chapters of American history. 12 Years a Slave leaves one completely drained and in a state of shock. Simultaneously serving as history lesson, and a warning for the future, it is, above all, a visceral reminder what happens when man loses his humanity.
Rating
8.5
Pros