2012 Oscars: ‘The Artist’ Wins Big, Streep Gets Her Third

This year’s Oscar ceremony went mostly as expected, with Michel Hazanavicius’ silent black-and-white film The Artist taking home cinema’s biggest honor as well as four additional awards, including Best Director and Best Actor for Jean Dujardin. Its only major lost came in Best Original Screenplay, which was claimed by Woody Allen for Midnight in Paris.

The night kicked off with Martin Scorsese’s family-friendly ode to cinema Hugo winning quite a few technical statuettes. Although it didn’t earn any honors beyond the crafts races, it still won five awards, good enough to tie with The Artist for most among all films. 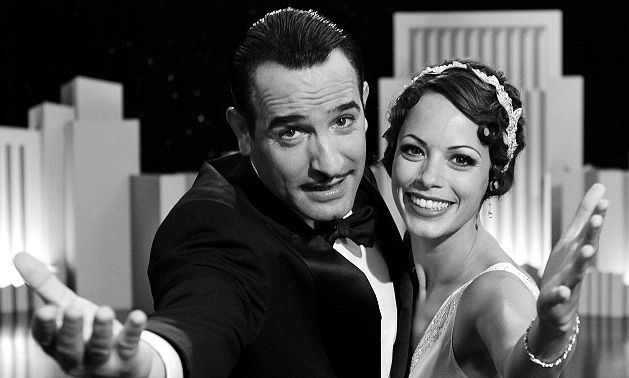 One of the biggest surprises of the night came when Meryl Streep won Best Actress for portraying British Prime Minister Margaret Thatcher in The Iron Lady. This marks her second Actress win and her third win overall. Although the category wasn’t a sure thing at all, many expected Viola Davis to win for her work in The Help, the only Best Picture nominee represented in the Actress race, as she’d won with several of the key precursors.

Among the other surprises, David Fincher’s The Girl with the Dragon Tattoo took the prize for Best Film Editing, the second consecutive Oscar for Kirk Baxter and Angus Wall. It’s reminiscent of The Bourne Ultimatum snagging the honor back in 2008 over Best Picture winner No Country for Old Men, for one. Another highly unexpected win in the crafts races came as Hugo prevailed in the Best Visual Effects race. Rise of the Planet of the Apes was believed to be a shoo-in for the win.

Check out all of the winners below, and see how we did with some of our predictions.

Best Film Editing: The Girl with the Dragon Tattoo

Best Original Song: “Man or Muppet” from The Muppets