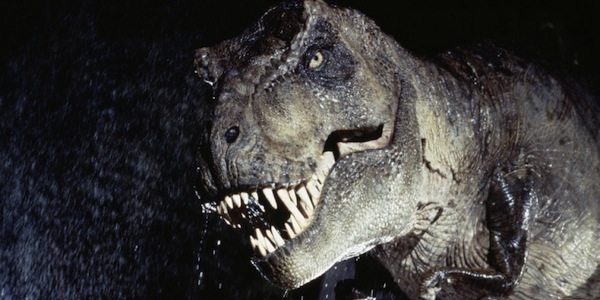 The long bandied about Jurassic Park IV was officially announced this weekend with a June 13, 2014 in mind.

That's soon, and though the project has its writers (Rick Jaffa and Amanda Silver of Rise of the Planet of the Apes fame), there isn't a director in place, nor a cast.

Since this film probably should have started shooting, like, yesterday, we've compiled a list of five possible directors who aren't locked into a project for the forseeable future. These five are also worthy of the Jurassic Park brand and could bring new life to this sputtering, stale franchise.

1.) Rupert Wyatt
A slam-dunk choice. Rise of the Planet of the Apes was one of the best (and most surprising) blockbusters of the past few years. Here, he'd be working with his writers from that film. With Jurassic Park IV going off in a completely different direction from its predecessors, this trio would have an opportunity to bring some of the plot devices and themes that made Apes so successful to a new world.

2.) Joe Carnahan
He's been making slick thrillers for over a decade, but The Grey was a major step forward in terms of thematic relevance and emotional impact. He can direct all the movies, and we wouldn't complain.

3.) Tom Tykwer
He's always been an under-the-radar sort of director, making art-house films that appeal to a very niche audience and one more commercial thriller, The International, that, despite a weak plot, looked fantastic. Cloud Atlas was a test and whatever you thought of that film, his visual sensibilites passed with flying colors. He could handle this film, but would he want it?

4.) Patty Jenkins
Her resume is definitely the thinnest of anyone on this list, but it'd be really cool to have a woman behind the camera for a film like this. And she's probably plenty capable; After all, someone saw something in her when Marvel hired her to direct Thor 2.

5.) David Koepp
Like Wyatt, this one feels like a possible slam dunk. Sure, he doesn't have the name recognition most would look for out of the director of a blockbuster sequel like this, but his last directorial outing, Premium Rush, was full of energy, and lest we forget, he wrote the first two Jurassic Park films, among many other huge blockbusters, so he knows this world as well as anyone.