Every year, a number of games get lost in the shuffle compared to the Call of Dutys and the Halos to become sleeper hits. These sleeper hits are also some of the most underrated games of the year as Entertainment Fuse shares their picks below.

My pick for this award would absolutely be Resident Evil: Revelations. Who would have thought out of the THREE new Resident Evil games released in 2012 by far the best one would be exclusive to the 3DS. Revelations is the true sequel that fans deserved to get while Resident Evil 6 and is everything fans have been crying out for.

Real survival horror, interesting enemies, a good story and an fantastic setting reminiscent of the mansion from the first game contribute to this being the best Resident Evil game since 4. Don't let this being a portable game put you off as the game uses touch and dual screen fantastically well without feeling like a tacked on gimmick. The graphics are fantastic for a handheld and I really hope this gets ported so more people can experience it. If you call yourself a Resident Evil fan and you haven't played Revelations, buy this game immediately. 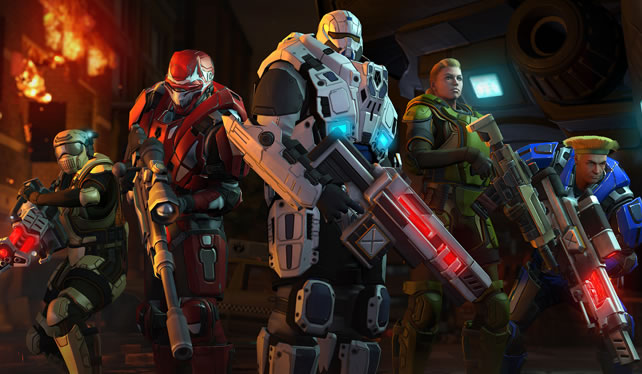 Before this game was released, it had pretty much slipped under my radar. I’d seen a few things mentioned about it on the world wide web but nothing that made me take any real notice. Then I played it.

XCOM: Enemy Unknown is truly a great game that offers the gamer much more than a gun and some players to kill. It gives the player at hand decisions to make, consequences to think about and a sense of hell yes when the alien gets a face full of bullets. Its tactical, strategic and much more rewarding then any other war game out there.

Enemy Unknown not only offers you the chance to use your brain and engage with what your doing, but it gives you the chance to be involved in so many aspects of the story that you really do feel like the big commanding dogs bollocks. Both compelling and unique, XCOM: Enemy Unknownis my sleeper hit because it will undoubtedly have escaped many individuals' attention due to the other bigger and more publicized titles that have been released this year, even though it is better than many of them.

I’m going with a game that flew under the radar since it was released but one that’s got nothing but rave reviews from the people that have played it. After hearing a good deal about the game on Twitter, I downloaded it and wasn’t disappointed. Spelunky pits you as explorer looking for treasure. You find yourself in a cave with only one exit and hundreds of ways to die. Be warned, you will die a lot in Spelunky. The art style, the subtle humor and the great feeling you get after beating a particularly hard cave are all add up to a spectacular game that I doubted would be worth it even as I bought it.

Trine 2 is a side scrolling puzzle game that I've been recently playing via steam on my PC. I bought it when Steam had their sales and what a little gem this is. With Its multiplayer options and character selections I have spent hours with friends working out all of the different puzzles and secrets of each level. Some of them are really tricky and require a lot of thought! The graphics are also gorgeous and are amazing in HD. The rich colours and sharp attention to detail really highlight how good such simple games can look. My best friend has just bought a Wii U so I'm thinking of buying him the Trine 2: Director's Cut edition for Christmas. This would make a great Christmas multiplayer game for our days spent inside over the holiday period. You also get the Goblin Menace expansion and some great gamepad controller additions with the Wii U version.

Out of all the games released this year, there were a few sleepers, but perhaps my favorite sleeper hit of 2012 is Sleeping Dogs. The game came out of development hell and was surprisingly fantastic. Offering up a decent story, streamlined combat not far off from Batman: Arkham City, great driving mechanics, and a wonderful open-world environment, this isn't the True Crime game everyone expected it to be. The campaign's story is more worthwhile than I imagined, and at the end, there were enough side activities to keep me busy for a bit longer than some of the more recent releases.

I was originally going to write off Nintendo Land when it was first announced at E3 earlier this year. It was the pack-in game with the new Wii U console and another mini-game collection at first glance, but as I kept playing it, the more it surprised me. This is a mini-game collection done right with a beautiful and charming hub to hang out as well. As mentioned in my review, it is a great showpiece for the Wii U with the gamepad’s multiple uses in the various games. Sure, not all the mini-games are hits like Octopus Dance and the ninja star one, but most of them provide that easy to learn, difficult to master design philosophy perfectly well. Donkey Kong’s Crash Course and Yoshi’s Fruit Cart are great examples of that concept.

Nintendo Land also has the best multiplayer the Wii U has so far with three competitive mini-games and three co-op mini-games. The competitive ones are the best parts of the game and playing them with friends are a blast provided you have enough Wii Remotes. There’s more than you think in Nintendo Land that keeps you coming back and that’s why it is my sleeper hit of 2012.

William T. Sherman, a union general in the American Civil War, once stated that “War is hell.” No other military shooter to date has embraced this quote quite as brutally and decisively as Spec Ops: The Line. In fact I don't think I’ve ever played a military shooter that comes close to Spec Ops from a narrative standpoint and it's certainly unlike anything else I've ever played. This game strives for the unexpected in making you as the player hate yourself for the decisions and actions taken by you and not by the character. Be advised if you are weak to the stomach or aren't a fan of warfare, steer clear for this is a journey into madness and not for the faint of heart.

Spec Ops: The Line is the best military shooter I've played in years. How it confronts and handles adult, dark themes is a thing of beauty and death. It is a game that needed to exist in this console generation and I'm glad it does. The story is one of the greatest war stories ever written in any medium that embodies the depravity of men and why men like them can never truly come home. Sherman wrote this in a letter in May 1865, “I confess, without shame, that I am sick and tired of fighting — its glory is all moonshine; even success the most brilliant is over dead and mangled bodies, with the anguish and lamentations of distant families, appealing to me for sons, husbands, and fathers... it is only those who have never heard a shot, never heard the shriek and groans of the wounded and lacerated... that cry aloud for more blood, more vengeance, more desolation.” Damn right Sherman. Ooorah.