A Quick Recap of Season Five of Breaking Bad

After a wait of more than a year, the final eight episodes of Breaking Bad’s five season run* begin on August 11, 2013. Before we find out what final fate is in store for Walter White, let’s take a moment to refresh our memories regarding what happened during the first half of season five.

*Due to issues between AMC and Breaking Bad showrunner Vince Gilligan, the fifth season of the show was split over two years. So these final eight episodes are considered the second half of the fifth season rather than a separate sixth season.

The fifth season opens with a jump one year in the future. Walt is celebrating his 52nd birthday alone (and with an awful beard and hair cut) in a Denny's. Walt is using a fake name and driver’s license. He heads to the bathroom and exchanges cash for car keys with a man inside. While there, he takes some pills. Is the cancer back? He heads out to the car. In the trunk there’s a nasty looking gun. Oh, Walt, what have you gotten yourself into? 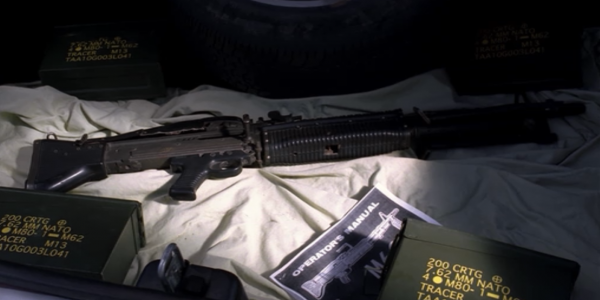 Back in the present, having successfully dispatched with Gus at the close of season four, things appear to be looking up for Walt, Jesse, and the meth business. Unfortunately, it turns out that the guys have left one loose end untied: Gus’s computer, complete with surveillance footage of Walt, is being held by the cops. Through the use of an industrial size magnet (“Yeah bitch! Magnets!”), the dynamic duo (with the help of Mike) manage to destroy the computer, thus removing the final link between their past and Gus (or so they think).

However, since Skyler spent all of Walt’s money to pay for Ted Beneke's IRS debt, Walt decides he has to go back to cooking to make sure his family is financially secure (or at least that’s the excuse he gives himself). He recruits Jesse and Mike to create a new meth team, and he and Jesse begin posing as pest control workers, using fumigation tents to hide their cooks.

As is so often the case with Walt, things slowly begin spinning out of control. When there is a shortage of methylamine (the chemical necessary for creating meth), Walt, Jesse, Mike, and their new associate Todd are forced to rob a train carrying the chemical. When a young boy sees the heist, Todd “takes care of it” by shooting the boy. 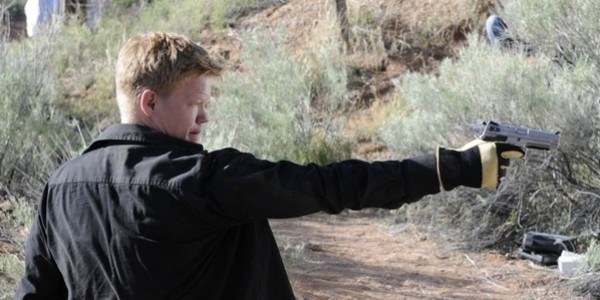 This act of violence finally drives a wedge between Walt and Jesse, with the latter teaming up with Mike to try to sell off the methylamine and get out of the business for good. Unfortunately, Walt figures out what they are up to and swoops in on the deal Mike and Jesse have brokered, giving the money to Mike as a severance and completely shutting Jesse out. Walt continues the business using Todd as his cook.

Walt partners with Lydia Rodarte-Quayle, a former business associate of Gus’s, to produce meth for distribution in the Czech Republic. Rolling in cash, Walt eventually decides to shut down his whole operation at the urging of Skyler. He pays one last visit to Jesse (who is now a terrified shell of the man he once was), and gives him the money that Walt refused to pay him months earlier. As the season ends, Heisenberg has officially retired from the meth business, while Jesse has been reduced to a broken loner who is afraid of Walt and all their past actions.

The DEA and Madrigal:

With Gus’s death, the DEA is aware that something fishy is going on in Albuquerque. The DEA believes there is a link between Gus and Madrigal, the company Lydia works for. Frightened, Lydia tries to get Mike to kill eleven known associates of Gus. When he refuses, she gives the task to another member of the list and orders Mike killed as well. Mike, always the survivor, manages to get the drop on the assassin, and he cheats death once again. 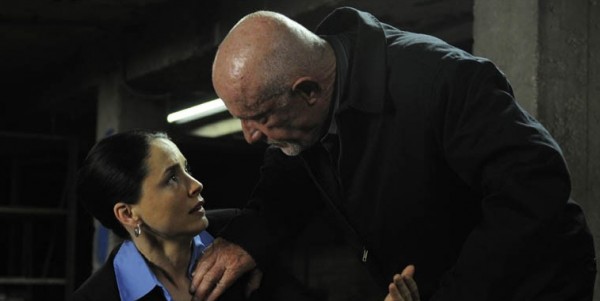 With the DEA onto Madrigal, methylamine becomes scarce. Tensions begin to run high and Mike suggests that they kill Lydia, who he thinks is trying to make it look like the DEA is onto their operation. Voted down by Walt and Jesse, Lydia gets to live, and she immediately begins trying to get Walt on her side.

However, it turns out the DEA is in fact closing in on Gus’s old operation. They begin suspecting that Mike, who is a known associate of Gus, might be involved in the meth ring. They start tracking him, prompting Mike to take steps to close up his affairs and run. But before he can do that, he runs into Walt, who is desperate to get the names of Gus’s remaining cronies. When Mike refuses to give up the names, Walt fatally shoots Mike.

Walt gets the names from Lydia and has them all killed. It appears that the DEA is at a dead end in their investigation - or are they?

Season five begins with things shaky in the White house. While the relationship between Walt and his family has been deteriorating rapidly throughout the course of the series, things between him and Skyler finally reach their breaking point in the first half of season five. Putting two and two together, Skyler realizes that Walt killed Gus. This terrifying notion - that Walt is more than simply a drug dealer, he’s a murderer as well - sends Skyler over the edge and spiraling into a deep depression. 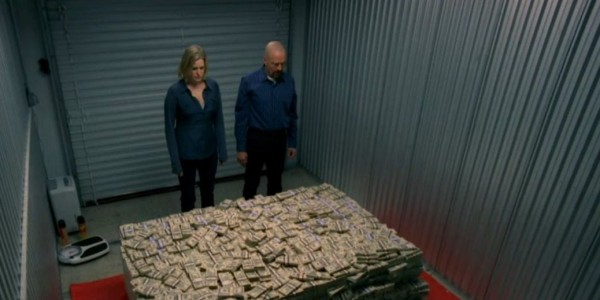 After Walt’s continued refusal to stop cooking meth, Skyler fakes a suicide attempt to convince Hank and Marie to take Walt, Jr. (or, as he still prefers to be called, Flynn) and baby Holly. With the kids gone, Skyler continues to help Walt launder his money, but also clearly tells him she is simply waiting for him to die from the cancer so that she and the kids can have their lives back.

With things particularly tense, Skyler finally breaks and drives Walt to a storage locker. In it, there is a massive stack of money. Skyler tells Walt that they currently have more money than she can launder.  When will it be enough for him? In perhaps his most humane moment in several seasons, Walt comes to the realization that he has accomplished his original goal: making sure his family would be financially sound once he dies. He tells Skyler he’s officially out of the meth business.

We aren’t given much time to rejoice at the thought that the Whites might eventually become a happy family once more, as the rug is about to be pulled out from under Walt again. While over at the Whites for a family dinner, Hank heads to the bathroom. Looking for some light reading, he grabs a copy of Walt Whitman’s Leaves of Grass - the book Gale gave to Walt several seasons ago. Reading the inscription (“To my other favorite W.W. It’s an honour working with you. Fondly G.B.”), Hank flashes back to earlier in the series when he was talking to Walt about the meth cook book he found at Gale’s. 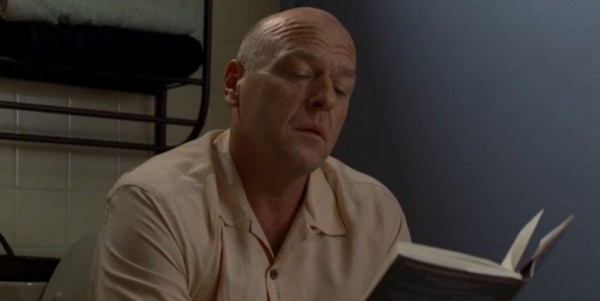 If you recall, during that conversation, he mused that the “W.W.” in that book could be Walter White. Walt’s glib response of “You got me!” now takes on a sinister undertone for Hank. It’s clear from the look on his face that he has finally caught the mysterious Heisenberg. He was right under his nose the whole time.

Will Hank get Walt and put him away for good? Will Jesse make it out of the fifth season alive and unscathed (and in a better mental state than the one in which we left him)? And, perhaps most importantly, do we really want to see Walt escape and live another day, or does he deserve to be caught for all his has done? I don’t know about you, but August 11th cannot come soon enough.