Compared to last week's double feature, "Clarence Montgomery" was clearly a bit of a let-down. In both the flashbacks and the modern-day storyline, the episode never reached its potential and although it included one (or maybe two) interesting revelations, it also unveiled things that were right in-line with the low expectations I have come to have for the series.

Until now, the 1960s storylines have always been my favorite parts of episodes of Alcatraz. They have been like a breath of fresh air in stories that have very often had nothing else going for them. In this episode, we meet Clarence Montgomery, an African-American inmate who has convinced his friends of his innocence. A gifted cook, Montgomery was the first black chef to work in an all-white country club and was sent to the rock for allegedly cutting open the throat of his girlfriend, the very white daughter of the club owner in 1958. 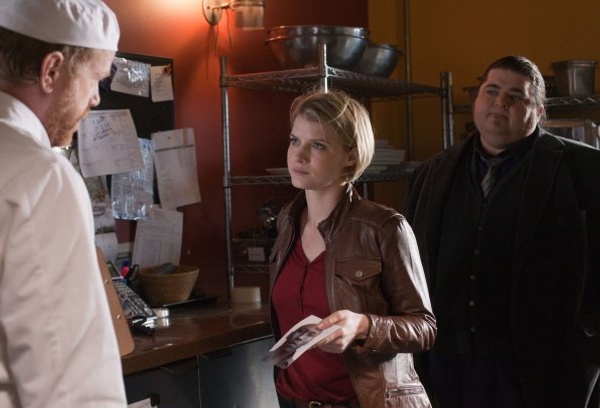 Warden James got wind of his skills and wanted him to cook for all the inmates, something Tiller was against, as he didn't believe in rehabilitation for criminals. The warden is always interesting to watch and Montgomery's attitude (rooted in his disbelief the white hierarchy could help) was inviting enough, so the first part of the story set in 1960 kept me interested. That is, until Dr. Beauregard ruined things with his autosuggestion trick and his "device" from another age.

Alcatraz is based on the premise that something (probably man-made) happened on the rock in the 1960s causing inmates and guards to disappear. Until very recently, we had very little to work with, but there was enough to start suspecting that revelations might be disappointing, which is exactly what happened here. As long as we were dealing with mysterious blood transfusions, there was still some hope, but the still pictures projection turning a man into a killer was not the brightest of ideas and was poorly executed. Lucy and her interview couldn't salvage the storyline at that point, and even the revelation that Warden James was the man behind the blood operations didn't help.

The dubious transformation of the innocent Montgomery into a serial killer wasn't the only issue with the story. It came with a picture of the inmate that failed to be engaging, affecting the modern-day storyline even more than the flashbacks. Before we were introduced to the Montgomery in prison, we had already witnessed (even if it was off-screen) his first modern-day murder in the opening scene. Put right at the beginning, the event was bound to affect the audience’s reading of anything that happened after, thus discounting the attempt to portray the inmate as a victim. From the beginning, we knew we had a criminal, so the flashbacks should have been used, as usual, to help us understand his journey, not to show that he was free of blame. 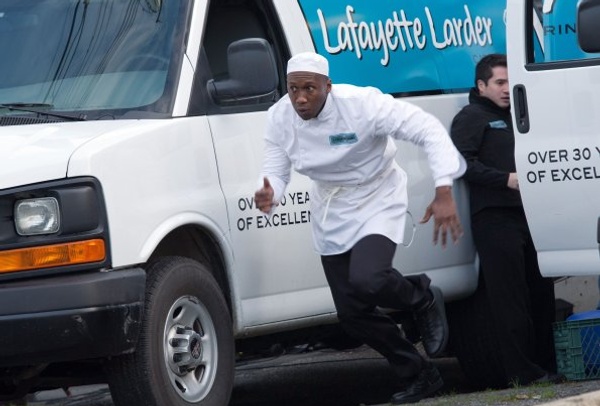 All that came with an inconsistent modern-day story. The Black Panther leader, Mr. Little, had the most surprising reaction to the reappearance of an old friend who hadn’t aged in fifty years. Even faith in God isn't enough to let something like that slide so quickly. Little was the perfect plot device, as he could be used to silence Montgomery, whose stubborn refusal to speak clearly about his "torture" in 1960 didn't prevent our team from quickly reaching the conclusion that something was done to him during his stay at Alcatraz. After having dealt with many unbalanced inmates, their thoughts never went there. It had to be something man-made in this case. Clarence Montgomery even had a public rehabilitation from the authorities. It is obvious that the inmate's race had something to do with the way the story played out, an issue that further demeaned an episode that wasn't great to begin with.

If we set aside the ridiculous process used to turn Montgomery into a murderer, and the revelation that Warden James has more to hide than gold, and whatever is beyond the other door, it now appears Hauser, Lucy and even Beauregard are not aware of many things that happened in the 1960s. It also appears that Beauregard might not have been entirely honest about his activities back then. At this point, the show needs to start sharing some information between some of these characters or somehow help them acquire it—including younger ones like Rebecca Madsen and Doc—before the maze of who-knows-what becomes too confusing in a show that is not really doing a good job at unveiling its mystery.