"Johnny McKee" flowed at just the right pace, and as a result, felt much shorter than all previous episodes. The weakest part of the now established episode pattern — the story set in modern day San Francisco — was also better, all things that contributed to a slightly better than usual episode of Alcatraz.

Before discussing "Johnny McKee," let's go over my grief with the series so far in more details. Whatever the author's brand of dramatic structure, a story is typically broken into an introductory part, one or several parts where things are developed, and a closing part. In the introduction, we get a little background information and details about what the problem is, like let's say the identity of the returning inmate and the fact that on top of being a wandering convict, he is killing people and needs to be stopped. In the middle part, things get ugly before they get better for the protagonists (heroes), as in they try to find the inmate, but they can't do it in time before he kills other innocent people. They finally get whatever it is they need to be locate him, but they (and we) are not sure they'll be able to fend off the current threat. In the closing part, the heroes save the day, as in they get to the inmate in time to stop him and then go back home to draw lessons from what has happened or read a book to a lady in a coma. 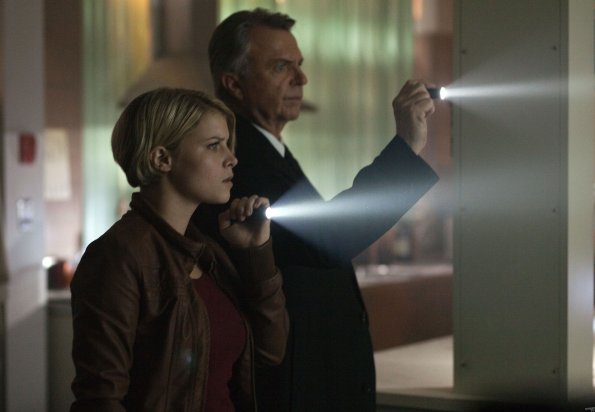 In Alcatraz so far, that structure can be applied to past and present storylines and has been systematically botched in the modern day stories. Last week, I wrote about the Hauser problem, so let's examine the other issues with these storylines. Somewhere between the introduction and the closing part, we are expected to be afraid for the protagonists as well as for the potential victims. As it is, the series could replace Rebecca Madsen with another detective and we wouldn't even notice. All we know about her is that she likes Chinese food and spends time alone in her bed before going to sleep. For a lead character who is obviously connected to one of the most mysterious inmates so far, she has been misused for seven episodes now.

The other problem is the killing spree. Johnny McKee appeared (to me at least) as a person who started killing as soon as he was back, not holding a job long enough to be paid, which made me wonder how he paid his rent, the lab equipment, the substances, and plants he needed. What's more, he took no care whatsoever, as if he wanted to be caught. Not a shred of self-preservation in the planning and execution of those highly visible murders, even if oddly enough, he ran when he saw the authorities.

The introduction of Jack Sylvane, the inmate from the pilot, was an improvement on earlier episodes. He dropped a few things that Rebecca will hopefully be used later, things like the name of the doctor taking care of him now. The show seems to want us to catch up with what Hauser knows through Rebecca, but it is doing a poor job having Hauser play the watchdog so ostensibly. Not to mention that this would be more involving if we were given a little more of her, instead of which we are left hoping for Lucy Banerjee to wake up and confirm that she is Dr. Gupta. 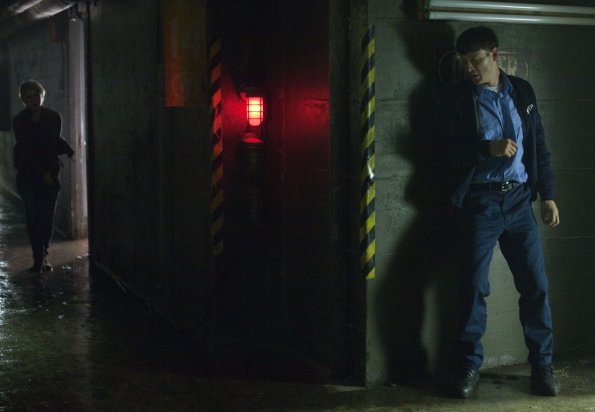 The good doctor was again at the center of the events unfolding in the past. In 1960 Alcatraz, we are introduced to Johnny McKee, a reclusive inmate who has the reputation to kill quietly and discreetly. He is approached by the resident bully who wants him to kill another inmate just because he is running a business that the bully cannot profit from. McKee gathers what he needs but before carrying out the act, he has a conversation with Jack Sylvane and we discover his dreams, his interests, and the one woman who mattered to him. In the closing part, taking the viewer by surprise, McKee kills the bully instead. Then enters the fascinating Dr. Gupta who calmly and mercilessly breaks him, bringing him to admit how he became who he is in a scene that shook even warden James.

This was more than a series of flashbacks meant to provide a character's backstory... it was a story on its own and if we apply the dramatic structure to it, we see a story exposing human frailty that ends sadly, albeit with some sort of hope. By all accounts, it is much darker than what happened in the present, but it is also much more effective because characters are well outlined and can be understood. It amazes me that both storylines are penned by the same writers.