While last week's episode, "Clarence Montgomery," was a return to the series lows. Unfortunately, that series low had been the typical Alcatraz until the double feature two weeks ago. This week’s "Webb Porter" timidly tried to soar to the heights I was expecting to see after that landmark double episode ("The Ames Brothers/Sonny Burnett").

The case in "Webb Porter" was centered on the title character, a troubled young man who reappeared in modern day San Francisco, killing young women and trying to be recruited in a philharmonic orchestra. Although the episode was—in the typical Alcatraz way—meant to be about Porter, it was in fact very much about Lucy, and that is where it really shined. 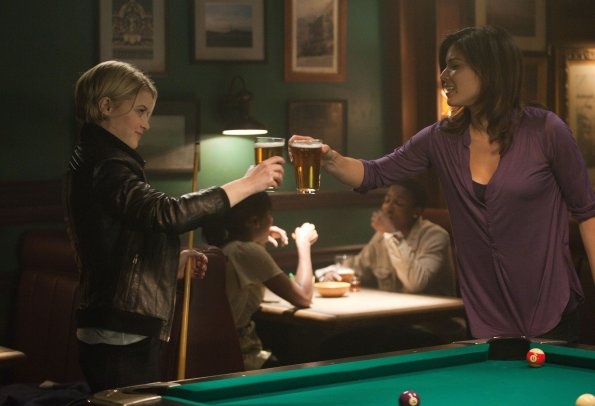 Webb Porter's mother, a beautiful and probably deranged young woman with long dark hair, tried to drown him when he was just a little boy. The event affected him physically (ringing in the ear), and had a lasting effect on his mental state. It wasn't exactly clear to me why he ended up at Alcatraz instead of a mental institution, but it was on the rock that he was entrusted into the care of Dr. Sengupta (a.k.a Lucy Banerjee in modern-day San Francisco). Lucy helped him with his ringing problem and recommended music to keep the issue at bay, which is why Webb Porter took to the violin.

From the above description, the story doesn't look very promising, but, just like Porter playing the violin soothed his fellow inmates who seemed to want a piece of him, the music improved the overall present-day storyline. Despite the implied violence of the abductions and killings, the scenes at the philharmonic were fascinating. Porter's failure to read the music sheet and his solo performance in front of the empty hall were strong moments.

The present-day story was also more engaging than what we have been used to. Having Rebecca tag along with Nikki was a new, smooth way of introducing the case. The female lead seemed less abrasive, more reachable than in "Clarence Montgomery." In fact, she seemed a lot more like she was in the double feature a couple of weeks earlier. Also, in the chapter of improvements, the "out-of-his-time-period" humor involving Dr. Beauregard was spot-on, (Beauregard: "Am I supposed to talk into the television?" and, "As certain as the sky is blue. Not that I have seen it in sometime"). The little amusing window into Beauregard's situation showed how fortunate Lucy was, being able as she was to move freely—a freedom of movement that might partly be explained by her past relationship with Hauser.

As mentioned above, although the San Francisco storyline was really engaging, it was still outperformed by the events of 1960 in which Lucy and her relationship with Hauser took center stage. That relationship was now more than just implied, with Hauser appearing more learned than his fellow guards to somehow justify the connection between him and the good doctor. I particularly liked the scene at the club where Lucy showed her passion for her work and Hauser gave her the type of compliments that come directly from the heart. Yet, the best parts of these flashbacks were Lucy's interactions with Webb Porter, the inmate taken out of the general population because of his strange behavior. 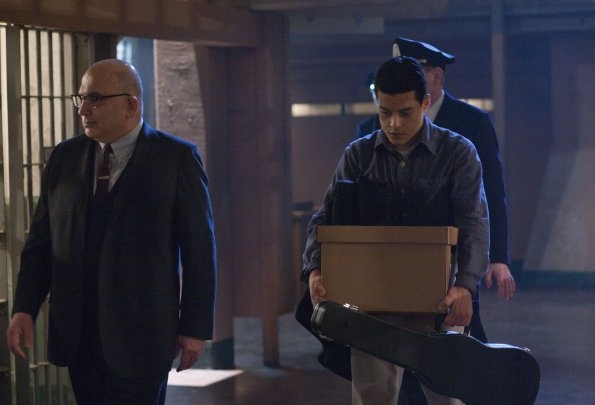 The pseudo-science in the series has not been impressive so far, but Dr. Sengupta's assessment of Porter's ailment made sense, much like her recommendation about music as a permanent workaround. A bond of trust was clearly established between the doctor and her patient and Porter's promise to repay her if he had the chance was obviously sincere. That is why when he was caught in the present and realized he could help Lucy with his blood, he didn’t resist. The way the story was built to allow him to make good on his promise first appeared in "The Ames Brothers" and seems to produce stories that flow naturally from the 1960s to the present day.

With Lucy back, there are many questions to be answered, especially now that Rebecca has finally found out the engaging FBI agent was there in 1960-Alcatraz, looking exactly like now. The series showed earlier that Lucy seemed to like the newcomers to the special task force, so it would make sense for her to be more forthcoming than Hauser and help Rebecca with some of her most burning questions. If we exclude "Clarence Montgomery," (which probably aired out of sequence, as I said before), the overall plot is getting exponentially better. It’s just a pity that Alcatraz took so long to reach this stage.
Rating
7.5