"Paxton Petty" was a much better written episode than all of those that came before it, but it still delivered a lukewarm viewing experience because of a couple of choices in the series present-day storylines: the particular handling of violence and the way Emerson Hauser is depicted.

Last week, we had the first story featuring the return of a guard instead of an inmate and the violence was somewhat muted — though by no means as much as it could have been. I am well aware of the show focus on criminals; therefore, it follows I was expecting a healthy amount of violence. However, the series has not only embraced that, but it has decided viewers should be reminded that fact as often as possible with the most gruesome scenes where implied violence is the exception. At some point in "Paxton Petty," there is an explosion of a land mine in a public park. The scene is filmed at an angle allowing the viewer to see the bleeding severed thigh still attached to the (airborne) dismembered body. Imagine the same scene with the same body, but at a different angle not showing the thigh internals and you still have violence, but violence that only helps make a point. As it is, in its present-day storylines, the show has missed no opportunity to spill some blood in a way that doesn't necessarily help the narrative, but rather becomes a distraction. 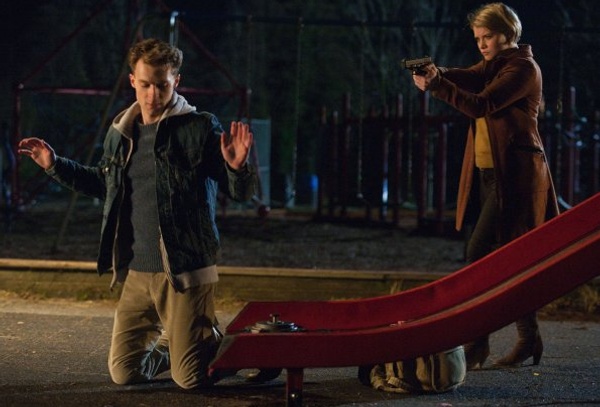 A former Korean war veteran, Paxton Petty ended up in Alcatraz in 1960 for using some land mines in random terrorist acts in San Francisco. He had previously spent five years in a military jail for intentionally killing Korean civilians with the same devices. After his incarceration in 1960, the penitentiary authorities, through Dr. Gupta's "new" methods, managed to gather enough information to understand the pattern he used to remember where he had put his mines, but they failed to locate the last one.

Even more than usual, the episode seemed to be two stories in one. The first one (1960) interesting, funny, with a hint of a romance, and where the violence again, as usual, "made sense". The second one (present-day San Francisco) trying very hard, but ultimately failing to be interesting, with characters we still don't care about in spite of the efforts made in this episode.

Doc Soto's comic books credentials were brought up for the first time in his metaphors to Rebecca and in his conversation with the medical examiner. Those scenes were not only well written and acted, but they were genuinely funny and could lead to even better ones if the shy Doc can muster enough courage to ask the coroner out. However, even if he is obviously one of the leads, Doc is not going to make or break the series and he is clearly not at the heart of the mystery. 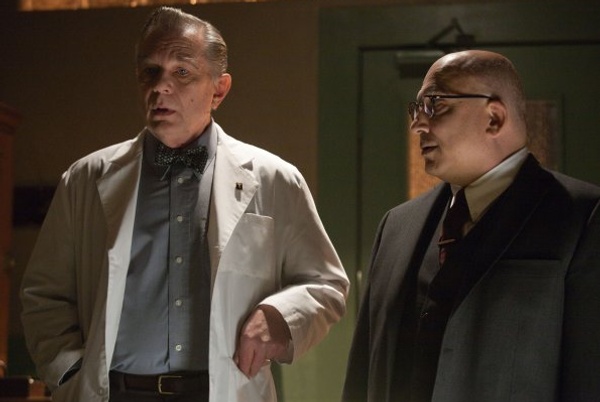 The episode gave us a bit more on the woman who is undoubtedly the most fascinating character of the series at this stage. The sequences in 1960 depicted a Dr. Gupta using a device that could be described equally as an instrument of torture or the result of an experiment on the human brain. Whatever the case, her "method" produced some results with Petty where Dr. Beauregard's old-fashioned torture failed. And, in spite of her even temper and relative coldness, what passed between the "good" doctor and young Hauser was elegant and appropriately subdued. Watching all those scenes set in 1960, I couldn't help thinking the show would be better off ignoring the present altogether, focusing only on the past.

In addition to having the most engaging characters (the warden being a personal favorite), 1960-Alcatraz has a story that is moving forward, keeping the viewer away from things it is not yet ready to expose. Present-day San Francisco has what I would call the Hauser problem, both in the way it is dealing with its two most important characters and with the way it is handling information already gathered from past events. For the audience to really enjoy modern day stories, viewers should have a connection with Rebecca, which they haven't, and Hauser should either be more forthcoming with everyone or stop being cryptic with us (and not necessarily with Rebecca). The way he is gradually revealing what he knows would work better if each step were mind-boggling, which they aren't. The FBI agent is gradually feeding us details that are really not all that surprising or grand enough to warrant such a mystery. Even the fact that Dr. Gupta and Lucy Banerjee could be the same person, or that Dr. Beauregard seems not to have aged much fell flat, all that while Rebecca Madsen is kept at arm's length. With no character to hold on to, we get tepid modern-day storylines where the violence draws our attention more than it should. Let's hope Beauregard "fixes" Lucy and that she brings a little bit of the mystery surrounding her to 2012.