This week’s Alcatraz double feature was already an improvement in the first half ("The Ames Brothers") on what we’ve been used to, but it wasn't until the second half ("Sonny Burnett") that we saw the first episode without any of the problems that have plagued the show since the beginning. While "The Ames Brothers" was the story of two brothers and inmates who returned to modern-day Alcatraz to try and accomplish a heist that failed 50 years earlier, "Sonny Burnett" turned out to be the best implementation of the series’ story template to date. 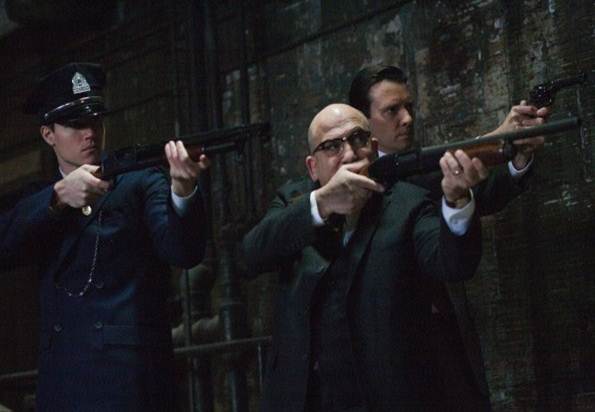 "The Ames Brothers" didn't only feature the two brothers, but it also included the return of a corrupt guard who, back in 1960, helped them open the door of a room (in the prison basement) they suspected to be "filled" with gold. The 1960 story was, as usual, well laid out. The cafeteria scene set the tone and was used to introduce the brothers who, at that point, were already scheming. The extreme violence of the kitchen scene was slipped in the flow of the interesting plot to get the keys. My weakness for everything the warden says and does made the first church scene and the moment in front of the door that would not open the best moments in any episode.

In 2012, as fate or rather greed would have it, the brothers teamed up once again with Officer Donovan (now donning a ranger's outfit) to get to the famous door once again. I can't understand why they thought the gold that was supposedly housed in the prison fifty years earlier would have survived unscathed. That aside, the modern day story had two things that made it stand out, compared to its predecessors: It was structured as a fairly convincing "lockdown" scenario, and Hauser stopped being Hauser by talking about what he knew and didn't know about the mystery at the heart of the series. Keeping all the action within Alcatraz not only cut down on the number of victims, but it also allowed the storyline to use Rebecca and Hauser in a slightly different way, even if they still came off a bit too "detached." The episode worked better than previous ones mostly because what we saw in 2012 flew logically from the story in 1960. However, Rebecca Madsen remained a weak point which was finally addressed in the following hour.

"Sonny Burnett" told the story of the titular inmate who moved from being a weak man (in the business of kidnapping wealthy people) to being a ruthless murderer seeking revenge. This was arguably the most violent episode to date, but it worked like no other because the storytellers convincingly took us through Sonny's transformation and finally got Rebecca to take center stage, even though it was a mostly indirect way. 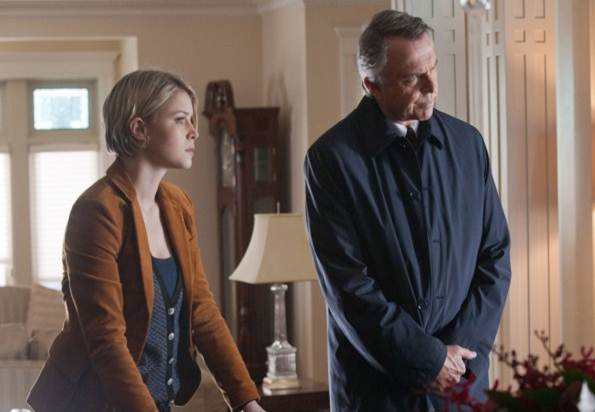 Betrayed by his 14-year-old girlfriend/captive who took away from him the money that would have allowed him to be protected by the prison resident "kingpin," Sonny found himself in the middle of a power struggle between Warden James and his deputy Tiller. To make a point, Tiller pushed Burnett to choose between becoming a predator or prey within the prison walls. The episode portrayal of his gradual transformation in prison was impressive and made his ruthless actions in 2012 easier to follow. The audience could "make sense" of his quest for revenge, just like Helen, his former partner, did. She, like us, could see a man consumed by revenge and didn't even blame him as much as she blamed herself for poor judgment 50 years ago.

But that wasn't the best the episode had to offer. "Sonny Burnett" finally gave us a lead we could at least try to relate to, from the beginning scene featuring Rebecca's nightmare to the closing scene with her grandfather (Tommy Madsen) watching her sleep. Her frustration with her uncle was palpable, just like her struggle with what Tommy Madsen did to her partner. The episode gave us a distressed Rebecca, a frustrated Rebecca and even a torn Rebecca, and did well to keep the placid Rebecca away.

What was undoubtedly the best episode to date also had Hauser opening up as much as a Hauser can. The storytellers have finally started to treat the audience differently from Hauser's partners on the task force. It was nice to get some explanation on what Tommy Madsen was doing in the infirmary so often. It was also inspired to show us Hauser's appreciation of Rebecca, naturally not expressed in front of her.

With these two back-to-back episodes, Alcatraz has finally reached a point in its story development where it is much less irritating to watch. It is a pity that it took so long to get there.