Alcatraz – The Key Is Everything in the Finale

The first season of Alcatraz bowed out with a finale that was a reflection of the series’ most interesting part, even though the reasons behind the show's limited success remained palpable during the extended closing episode ("Garrett Sillman"/"Tommy Madsen").

"Garrett Stillman" opened where the previous episode left off, with Lucy out of the coma. It was obvious from the first images that she would be prominently featured in an episode that turned out to be the stronger of the two. An Alcatraz inmate, the title character Garrett Stillman is a thief (a “real gamesman”) with very elaborate heists under his belt, who draws the attention of the team in present-day San Francisco by stealing an armored car. 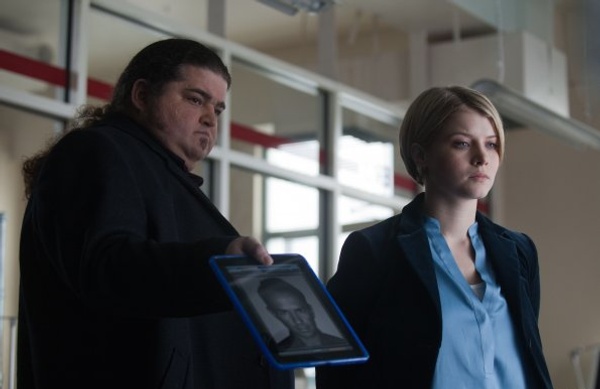 In addition to Lucy Banerjee, who stole every single scene she appeared in, the heists in the flashbacks and present day kept us on our toes. The operation in 1960 was more intricate in its execution and more intriguing because the endgame was only partially revealed. Besides including the kind of mindless violence typical of the show's present day storylines, the San Francisco heist seemed, for its part, to be a natural progression of the flashbacks by establishing a connection between Garrett Stillman (the thief) and Harlan Simmons (the former inmate turned billionaire).

In 1960, Garrett Stillman didn't only have the warden going, but the viewers as well because it sure seemed as if the parole board report substitution had failed. It is amusing how the show made us root for the success of an operation we didn't know the meaning of. Part of it is probably due to the personality of the warden who turns almost every one of his appearances into memorable scenes. Although not as impressive, the modern day heist occurred in a storyline that featured the return of Lucy, which was a very good thing.

Everything that passed between she and Rebecca was well done, from the initial coldness on Rebecca's side, to Lucy's offer to answer all of Rebecca's questions to even the touching reference to Lucy's relationship with Hauser. In fact, the revived Alcatraz returnee had the very best lines of the episode ("Even though you're in their world, you're not of their world," or, "For the past 50 years he's been trying to find me, and I'm still trying to find him"). However, it was a bit odd for the episode to often get Hauser and Lucy to speak as if she hadn't been back for a while before getting shot. That is a direct consequence of how the show decided to protect its mystery, not only from Doc and Rebecca, but also from the viewers.

The second part of the double feature, "Tommy Madsen," put Rebecca's grandfather in the center stage. We got to see how he struck a deal with the warden (the terms of which are still unknown) and accepted to be his advanced guard to the future. Apparently behaving as such, he was after the third key kept by Harlan Simmons, the inmate Garrett Stillman helped get off the rock in the previous episode. 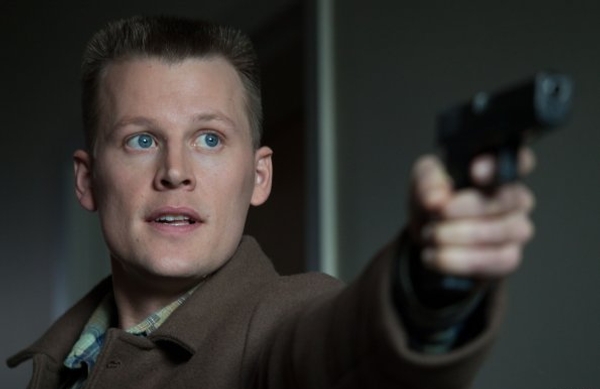 Although the key was recovered and the door finally opened—revealing the head scientist from 1960 who timed his arrival extremely well—there is still the fact that "Tommy Madsen," with the hunt for the key and the car chase, was more blatantly (than the previous episode) about the “how” and not the “why.”

Let’s go back to the premise of the show. One evening in 1963, all inmates and guards in Alcatraz vanished without a trace. Years later in 2012, they started reappearing, looking exactly as they were 50 years earlier. Over the course of the season, we have seen that some of the returning inmates were seemingly on a mission, and almost all of them seemed a lot more violent than they originally were. We have also learned that Tommy Madsen was very often at the infirmary to give blood, and we have gradually discovered that whatever was being done to Madsen was driven by Warden James who seemed to have an agenda of his own.

We now know Madsen (and possibly his granddaughter) have a physiology that makes them a target of choice for whatever process of time travel the warden scientist was working on, and that's about it. The very few episodes dedicated to moving the story forward have dwelled on the keys to the "control room" door. If we consider the first season as a chapter, we must admit we haven't learned much by the end of it. We still don't know how time travel works or why the warden embarked on such a project in the 1960s. The finale has provided bits of excitement and the identities of some of the key players in the present day mystery, but nothing more.