"You have my sympathy"
By: Josh | PC Reviews - PS3 Reviews - PS4 Reviews - Xbox 360 Reviews - Xbox One Reviews | October 27, 2014
From the moment you start the game, Alien: Isolation makes damn well sure you know that you are playing a game that has been tailored by people who truly love the saga of the infamous Xenomorph. From the initial VHS style opening to the ambiguous, unnerving menu screen, it is apparent that Ridley Scott's classic horror film was studied and concentrated to make you feel as if you were in that world once again. Alien: Isolation runs a bit long in the tooth at 20 hours but all problems are delightfully overshadowed by immersive atmosphere and some of the most intense gameplay I have ever experienced.
The game picks up quick enough, you play as Amanda Ripley, a brash engineer who is presented with an opportunity to find out what happened to her mother's ship, the Nostromo. You are sent to a space station out in deep space called the Sevastopol which is run by Weyland Yutani's rival company, Seegson. Once you reach the derelict station, things predictably go from bad to worse and before you know it you are hiding under tables to escape the massive claws of the Alien itself. 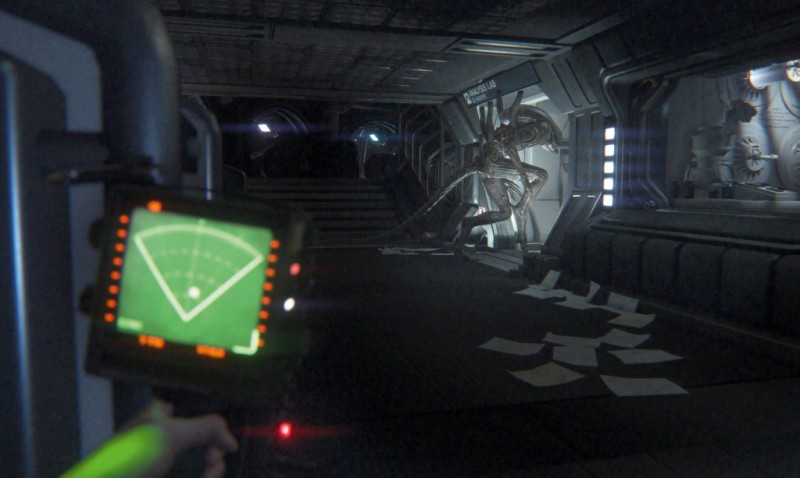 The story, while competent, falls a bit flat. Amanda is a solid, well written character and fits pretty well in the shoes her mother set out for her. Other than that, nobody else really takes the show away and we meet characters that are ultimately forgettable. It is a shame none of these characters really take off but in the grand scheme of things Ripley is able to carry this mission on solo. It doesn't help that the stilted voice acting sticks out like a sore thumb. Other than Amanda it all feels kind of phoned in which do the characters no favors.
However, this is all made well and good when you start to actually soak in the best part about Isolation, the atmosphere. I am not exaggerating when I say that Alien: Isolation is one of the most immersive experiences I have ever had. Watching the first film and instantly playing the game I could only say one thing, they did it. Everything from the ship design, to the weapons and tools, to the sound design is absolutely 100% spot on in the Alien universe. You are there and that is the best way to describe it. 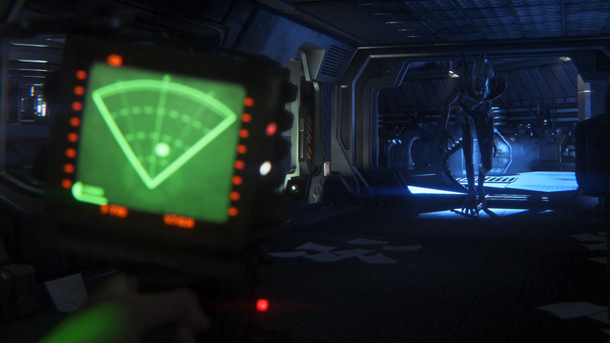 While the stunning lighting and sound design get a lot of millage, it would all be for nothing if the inhabitants didn't take advantage of it. I am happy to report that not only does the Alien remain an ever oppressive threat throughout the game, there are other things to fear as well. Working Joes, Seegson's android rip offs give the Alien a true run for its money. Their lifeless stare as they wring your neck constantly gave me chills and certainly encouraged me to always take the stealthy approach. The main attraction here is obviously the Alien and boy it gets introduced in a master class fashion. The slow opening may not appeal to some, but it is very reminiscent of the first Alien film and I thought paid off marvelously.
Except for a very few instances, the Alien is unscripted and for the most part this works to the games benefit. It brings uncertainly to many situations, sometimes the Alien will jump out of a vent and kill you right at the start of a mission, sometimes it will wait till the very end to stick its tail through your chest. It all feels very natural and while I do wish the Alien did more than just slowly stalk around hallways, it does an admirable job of keeping you on your toes. The human counterparts are by far the dullest in the game, but letting them fire a few rounds to draw the Alien never gets old and brings swift justice to their itchy trigger fingers. 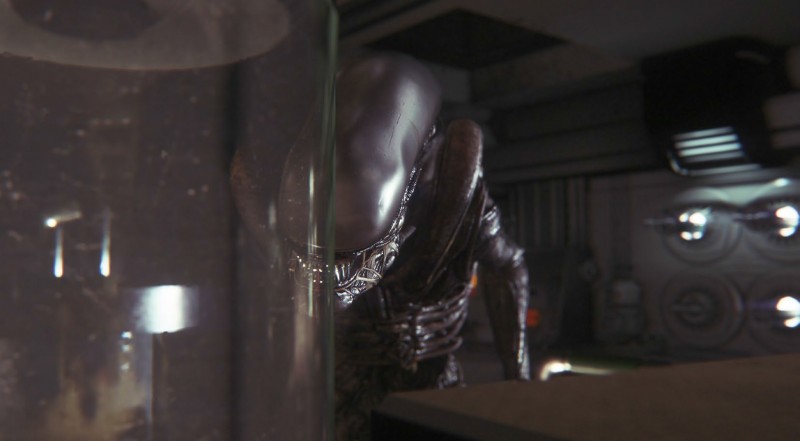 Alien: Isolation makes some bold design changes that some may not enjoy like the ancient style save system. Other than a few areas, there are no auto saves. You must keep your eyes peeled for save stations which take about three seconds to initiate your save. While you may think your safe while you wait, I can assure you that you are not. Multiple times I had the Alien sneak up to me as I saved and forced me to load an earlier save causing me to lose quite a bit of progress. The system isn't perfect but in my situation I never lost more than 10 minutes of progress and the system only amped up the already off the charts tension. There is also a large gameplay shift late in the game that focuses on combat which is a bit jarring but also somewhat refreshing to an otherwise very scary and oppressive environment.
Alien: Isolation will most likely not be for everyone, the game is simply relentless. It requires patience as you hide from your foes and even some trial and error that could easily become frustrating to some. If you are the kind of person though that wants to be immersed in the actual world of Alien, there is literally no other game that does it better than Isolation. Alien: Isolation is a game that can sit proud with the films and stand out as not only another entry in a huge saga, but one of the best entries in a very long time. It may run a tad long but that shouldn't turn you away from one of the best and scariest experiences you can have in 2014.
Rating
9.5
Pros