With “If Memory Serves”, Alphas turned lemons into lemonade with some moderate success. The episode paired six of its protagonists and had us follow them in three different storylines that were unrelated, but shared a design flaw. All three had a member of the pair seemingly introduced for contrast, but in at least two cases, they ended up substantially ruining the storyline. That is why a story about the priceless nature of our memories wasn’t as effective as it could have been, and another about consequences of our actions seemed out of place in the series.

Alphas generally does a very good job with its action sequences, so the beginning of the episode with the Parish organization crackdown was entertaining. It made me wonder how the FBI knew where to locate those alphas, how the bureau knew what their alpha-abilities were, and why on earth federal agents thought taking a truckload of super powered beings to an office building (not particularly equipped to host alphas) was safe, but it was fun to watch. The lemons that the episode tried to turn into lemonade were Dani’s death, Nina’s trip down the rabbit hole, and Gary’s decision to move out. With the exception of the latter, the attempts only yielded tepid results. 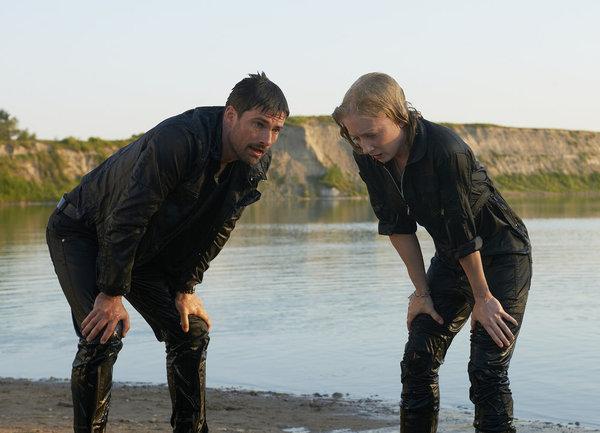 Dani’s death was the elephant in the room (or rather in the car and the wilderness) with Cameron and Kat dispatched to secure whatever it is that Parish was keeping in the farmhouse. If you are wondering how Rosen knew about the house being a hideout for Parish, you are not the only one, I would guess it was from the brief Stanton/Rosen mind connection episodes ago. Mitchell was a fun alpha to be around and Kat was excellent in her first “reconnaissance” mission. She brought priceless humor in the way she applied what she learned in Quantico with dedication. It was funny not only because of how she did it, but also because of the contrast with Cameron’s attitude. That muted contrast and possibly the concluding scene between the two were the only times Cameron did not sink the pair.

Contrary to what happened between Kat and Bill at the beginning of the season, the relationship between Kat and Cameron never left the awkward stage. Kat brought in all the fun with her video diary and her gung-ho attitude, and even the self-healing alpha were more interesting than Cameron. Both his brand of brooding and Warren Christie’s general portrayal of Hicks weren’t appealing. What’s more, when the storyline got serious, it is with Kat and her mother that things reached their emotional peak, even though Cameron was still dealing with the loss of Dani.

Also, because it came from Kat who has the ability to learn a lot and very quickly, the science behind the sinking of the caretaker made a lot more sense than it would have otherwise. In fact, the storyline was at its best when she had to figure out a way to rescue Cameron. Her procedural approach, her power of deduction, and her use of Mitchell were all well woven together, and all that culminated in the impressive (and funny) action sequence at the lake. The storyline was ultimately about the priceless nature of memories, and despite whatever Rosen got from Mitchell, despite Cameron’s own closure issues, Kat seemed to be the one to have learned the most from it. 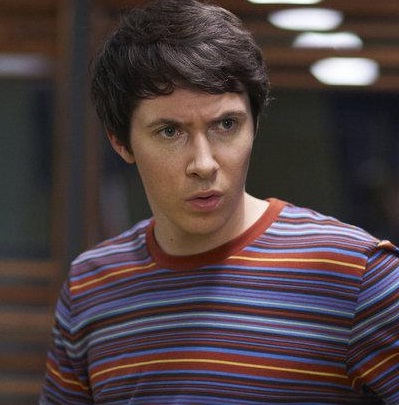 After the episode literally delivered Senator Burton to the team’s doorstep, the confrontation between Rosen and Nina seemed inevitable. While defending her actions to Rosen, Nina said “This is the person you wanted me to be” and she was right. For about a season and a half, Rosen did everything he could so that she would stop using her power to solve every single problem in her life, with no consideration for others and the notion of right and wrong. That moment also brought to light the fact that since her reintegration into the team, it is Rosen who has been acting like the person she was before. In this episode, it became more apparent with his will to jeopardize the health (and possibly the life) of a person to protect himself, or the way he threatened the senator and cynically planned to use Parish’s humanity against him. Having a protagonist turn bad for some reason is all too common, but here, the contrast between Rosen before and Rosen now was such that the storyline was affected.

The episode did an excellent job with Gary at the hospital. Bill skillfully nudged the young man towards his responsibilities and it made sense for Gary to stay. What is remarkable in such situations is that Ryan Cartwright manages to portray a mixture of understanding and just a hint of shame, which are extremely fitting considering the character’s condition (autism). Bill seemed back to his old cranky self (from season one), but in an episode where other characters were significantly more flawed, it seems like a much lesser evil.