Alphas – The Devil Will Drag You Under

If we lived in a world where TV episodes were judged by the value of each scene taken separately, "The Devil Will Drag You Under" would be one of the best episodes of Alphas to date. It featured an evil plan, a fallout between heroes, betrayal (well, sort of), love that can overthrow anything, very fine action sequences, and the greatest sacrifice a human being can make. And yet, there were a few things missing to make the whole an unforgettable hour of television.

Less than ten minutes into the episode, speaking of their colleague Cameron Hicks who was acting up, Bill said, "It's not like Hicks." By that time, we already knew Rosen had sent his daughter back to Stanton Parish, and we had witnessed firsthand Cameron's anger and his betrayal. Bill's sentence made me realize one of the reasons why the story unfolding in front of me was not quite registering despite all the passion and the adrenaline-fueled scenes: I didn't know Hicks at all. After almost two seasons of the show, I didn't have a good sense of the character who was central to a lot of what was happening.

What the story essentially did was to take a character not clearly outlined and make him act out of character at a pretty rapid pace. In fact, the whole episode centered around the three characters having less developed, almost cartoonish relationships. For a few episodes now, the series has been expecting us to feel for some of its protagonists just because they are thrown into some specific situations, not understanding that there needs to be some preparatory work. 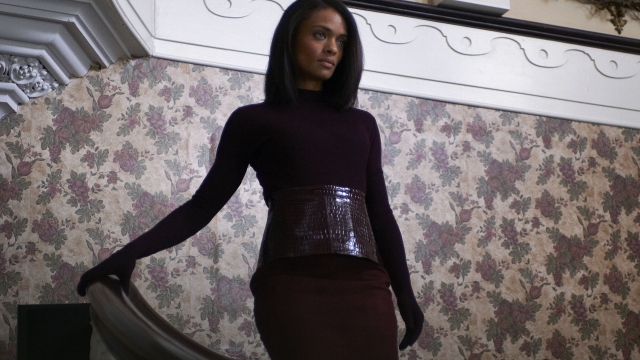 However, none of those considerations affected the episode at the atomic level. Just like Cameron appeared to switch sides in the blink of an eye, the episode wasted no time plowing ahead with its story. There was hardly anytime to breathe between action sequences that were very well put together. I may have issues connecting with Cameron as a character, but I sure like to see him fight. Every single action sequence involving him had a peculiar aesthetic to it, and I think using slow-motion with his ability is particularly fitting.

Kandyse McClure's stint as Agnes Walker would have been perfect without her final conversation with Cameron and Dani. The entire scene preceding the I-am-giving-you-10-mins-because-you-love-each-other moment was weak in its execution. It made sense given Agnes Walker's ability keeping her from experiencing the thrills of a relationship, but it still fell short. Cameron subjecting himself so candidly to searing pain just to satisfy her curiosity was odd and the fact that he seemed to snap out of Nina's push after that was conveniently ignored. Which brings us to the whole nifty plan devised by Nina and Rosen. Besides ushering us into that first half of the episode where Cameron sided with Parish very quickly, the whole story seemed fake for the viewer, there is also the fact that it worked too well.  With hindsight, it looked as if Rosen and Nina knew exactly what would happen.

For the first time since he first appeared, Stanton Parish was presented as delusional as any respectable villain should be at some point. He certainly wasn't above the fray anymore when presenting his ideal world with resources for all and a human race “perfected.” And although his "ashes or paradise" conversation with Dani was riveting, but their final exchange during the bomb scene reeked too much of the efforts to make the situation dramatic. Dani's death was sad, even if her father's attitude and Nina trying to push her to live were a bit odd. We saw it coming when much earlier she basically said her life wasn't worth it. The script was practically on auto-pilot at that point, leading us inexorably toward her end. 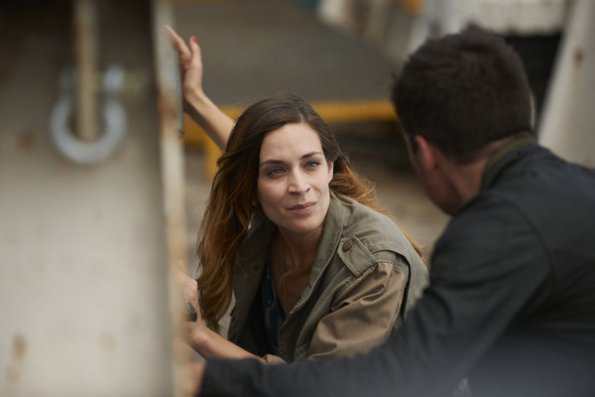 After being eclipsed in some ways by the presence of Kat, Gary was back as the resident funny hero. His reaction after he rerouted the power in the grid was a personal favorite, but beyond the many comic reliefs, the episode used him very appropriately throughout the story. (Gary: “I am busy.” Bill: “Busy doing what?” Gary: “Saving the world.”)

There were moments during "The Devil Will Drag You Under" that were intense, either because of an action sequence or because of a specific character's plight. Unfortunately, when stepping back to look at the fast-paced episode, the overall narrative seems disheveled and lacking the character developments required to really feel the impact of some of the more intense and tragic moments. All that is reflected in Parish’s conclusion, which was a mystery to me; how is it that killing someone he presumably cared for and failing to reach his target are the successful beginning of the end?