Alphas – The Quick and the Dead

"The Quick and the Dead" was very deceptive in its title and its case of the week. Yes, it featured a quick alpha that died, but the story wasn't really about him. Rather, the episode used the fast man to center on what seems to be the overarching storyline around Stanton Parish, the foe from the last season that barely ages. It was done rather well, with the right amount of team drama and insight into Parish's life to sustain the thin alpha investigation of the week.

The episode starts with impressive special effects showing Eli, a very fast alpha, abducting a man from a restaurant. Before the actual nabbing occurs, Eli is shown moving toward the table while everything (including sounds, raindrops and wine being poured) seems to slow down. What is remarkable is that the man is filmed in such a way that the slowdown doesn't give away the fact that he is extremely fast. Most of what followed in this particular storyline wasn't as good as those first few seconds full of wonder. That is, until it is revealed that the facility that turned Eli into an alpha was run by Stanton Parish. 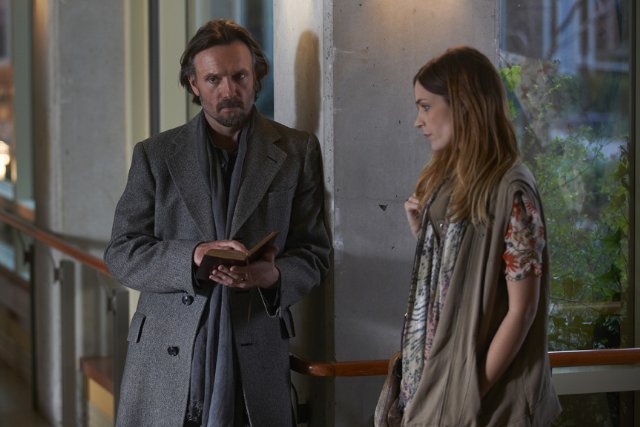 Like all good villains, Stanton Parish has a certain on-screen presence, an amount of mystery about him and already a record of puzzling and contradictory decisions under his belt. I like the fact that after only a few episodes after his introduction, we are already exploring his personal life through his 32 dead grand children. What's more, it was done in a couple of very moving scenes that widened the mystery surrounding him, instead of closing it (adding questions like, how big is his family tree?) and tried to further established his character as a potential tortured antagonist. Most will remember that the previous season hinted that he was the leader of a terrorist organization that mercilessly engineered a massacre of his own people. Here, he is portrayed as responsible for Rosen's liberation and agrees to let Dani see Cameron, all things that one does not necessarily expect from someone with Stanton's alleged history and future schemes.

The other very interesting storyline of the episode was around the internal strife in Dr. Rosen's team of Alphas. After going through the less-attractive effort in the season premiere (of bringing back the team together), in this episode, the story explores the new dynamics in the relationships between our heroes. I liked how, despite their issues, the team clearly comes together on the need to get away from the FBI's chaperone, but that is all dwarfed by the way the story tackles Bill, Cameron and Nina.

Bill was one of the reasons why the first season of Alphas needed some work and so far, it seems the show has made the right corrections. He is clearly less abrasive, and Malik Yoba is delivering a more measured Bill. He still has the same attitude, but it somehow plays better. His "control" issue with Rosen was very well written and even if one disagrees with Bill's take on what happened, the character is so far much less irritating.

Cameron is another character I had issues with last year. In "The Quick and the Dead," it was a relief to see that the story took one more step to get him away from Nina. Where the season premiere was clumsy in justifying their break-up and was awkward when showing them trying to work together, this episode confidently plots ahead, putting him in the bed (and shrouded in the perfume) of another woman. His issues of the heart suddenly turn the least developed character of the first season into a much less insipid team member. Last year, his love story with Nina was rushed, and therefore didn't come across as something that had the potential to last more than a few days. 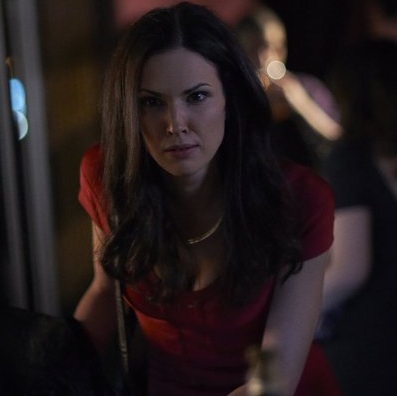 From the very beginning of the series, Laura Mennell and the showrunners have portrayed and presented Nina as a woman that is a bit too sophisticated and complicated for our former shop worker, Cameron. To illustrate my point, when she's acting up in this episode, she gets a Van Gogh to match a couch! What I like most about "The Quick and the Dead" is the fact that the show is finally starting to explore the potential (for the worst) of the one team member who had a really questionable past, as well as a power and a personality that lend themselves to alpha-power abuse. I like how the episode gradually shows how closer to the edge she was getting before her attack on Rosen in the bar.

It was brilliant how, amidst all of the above, Rosen chooses to speak of the "circle of trust" the team was. An interesting metaphor while they are as divided as they've never been. "The Quick and the Dead" also featured a lot of humorous moments drawing on the excellent portrayal of Gary by Ryan Cartwright and on other characters. The episode was much more ambitious than those in the first season, mostly due to the fact that it had several competing storylines stemming from a wealth of engaging characters, villians and heroes, as opposed to just relying on early favorites Gary and Rachel to provide the emotional balance.