It’s Monday again, and while that does signal the dreaded start of the work week, it also means that it’s time for another installment of Anime Monday! This week we’re going straight the classics and taking a look at 1988’s Akira. If you haven’t seen the film yet, then you’ll be pleased to know that Adult Swim will be airing the film as part of it’s Saturday night Toonami block this weekend. It looks pretty badass in HD.

That trailer really gets my blood pumping, which is going to make what follows hard to explain. This movie bored me. A lot. Expectations and reality are always hard to manage. I had heard a lot of great things about this film, and I’d been looking forward to finally watching it. Ok, so I didn’t really like it - whatever. It happens. I’ve walked away from so many films feeling let down, only to be reintroduced to them months or years later and be mesmerized. So I put it to the side for a couple of weeks and decided to watch this film again before writing this up. The first twenty minutes seemed slightly more promising than I remembered. Even so sitting through the rest Akira felt like a chore. So what went wrong?

Let’s start with the basic plot of the story. In 1988, Tokyo is completely obliterated setting off World War III. Thirty-one years later, the city has been rebuilt as Neo-Tokyo. It’s a sort of dystopian society in which 15-year olds run amuck in a motorcycle gang. The gang is led by Kaneda and includes his best friend Tetsuo. The gang gets in way over their heads  when their fight with a rival gang lands them smack dab in the middle of a much bigger fight. A rebel resistance group is aiding in the escape of a secret government test subject with telekinetic powers. The encounter results in the gangs arrest and a hospitalized Tetsuo. The gang is released, but not before Kaneda orchestrates the release of a fellow detainee Kei in pursuit of a date. His pick-up tactic fails miserably. Meanwhile, no one seems that worried about Tetsuo until he steals Kaneda’s rad bike. This causes the rival gang to beat him up along with his girlfriend. When Kaneda and the rest of the gang arrive, they help Tetsuo who bristles at their aid. He asserts his masculine dominance (and inferiority complex), and refuses their help. This sets him off on destructive rampage to prove that he’s not a weakling. 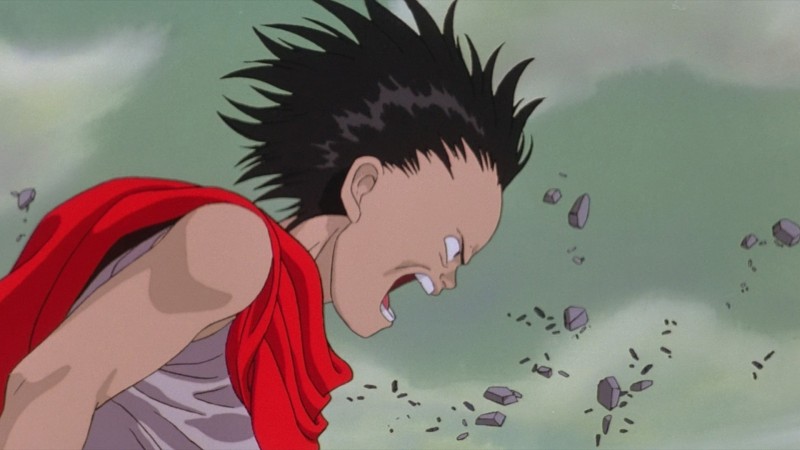 That synopsis is rather vague in the grand scheme of the film’s intricate story. I kept it purposefully short to avoid spoilers for any newcomers and to highlight some of the film’s problems. If I didn’t give the protagonist Kaneda a big sweeping introduction, it’s because I really didn’t know how. He’s not really that interesting. His bike and clothes are cool, but aside from some charm, there’s not much depth to him. Plus he’s a total jerk to women. He calls Kei a bitch after she refuses to take him up on a date, and his other interactions with women in the film aren’t all that chivalrous either. But I guess even though he is the lead, he was always meant to be the ordinary dude the audience could relate to in a film chock-full of wild characters. Which brings me to another fault I found this film guilty of: It’s not just chock-full of characters, it’s pretty heavy on the exposition and plot as well.

My coverage is brief because it’s simply too convoluted to go into all the major plot points for the purpose of this article. Which I fear is something that might have happened to the filmmakers as well. Although it has a two-hour run time, I craved more time that might have given this film a lot more room to breathe and develop its characters and ideas better. (Did you notice that I never even went into who Akira is? The movie is named after him and even it has a hard time squeezing him in. And yes, I know he’s supposed to be mysterious but still!) As it is, I found it hard to connect with a lot of these characters. I liked them, especially the espers, but they always felt distant. The story is just too ambitious, and I can assume that the original manga was difficult to adapt. I haven’t read it, but it’s clear as day from the film that a lot has been compressed, rushed, or entirely cut out. And even then, there’s already A LOT going on in this movie, not all of which is successfully executed. 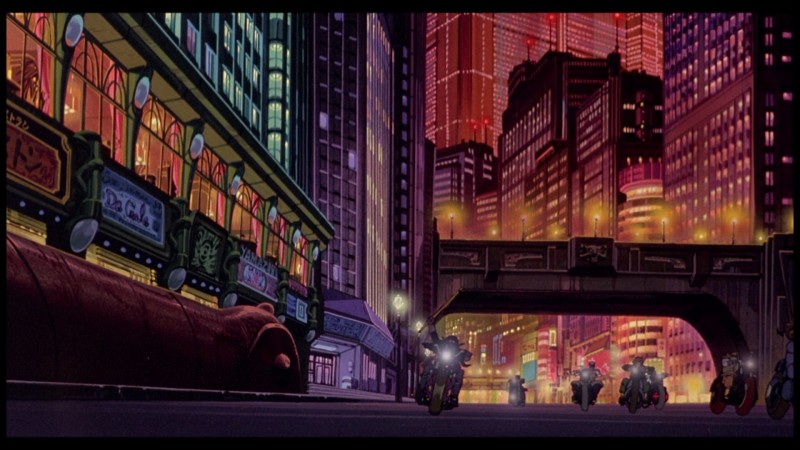 As I said earlier, the film is very ambitious and while I think it hampers it, there’s merit in it too. I may not have liked Akira, but I can recognize greatness when I see it. The animation is decidedly from the 80s, which makes the level of skill and high production values all the more apparent. The colors are wonderfully vivid. The city scape is breathtakingly presented with moving skyscrapers and blinking lights. I didn’t just mention the Adult Swim television broadcast of Akira for the sake of free advertisement. The HD conversion will definitely be worth the watch for film buffs and anime lovers alike. And yes, while the story is over saturated, it’s still handled pretty well. The breakneck pace and action are really well done. And I won’t lie, that last half hour is a slight mess- going all over the place with plot reveals, twists, and crazy action but it’s captivating. It may be too soon, but I’m more than willing to give this film yet another shot this coming Saturday. In the meantime, you guys can have at it in the comments. (Seriously,  if anyone has read the manga, I would love to get some back story.)

See you all next week!