Anime Monday: Sword of the Stranger

Anime Monday wishes you all a Happy New Year! What better way to close out the year than with Masahiro Andô's Sword of the Stranger.

The film is set in Sengoku period Japan and centers around a young boy named Kotaro, who is being relentlessly pursued by a Chinese lord has sent his warriors to Japan in search of the child. A prophecy for an elixir of immortality requires the blood of a young boy and unfortunately, that honor has fallen on Kotaro. The troupe of Chinese warriors includes a ruthless man from the west, whose blonde-blue-eyed demeanor is chillingly haunting. He has no morality and relishes violence for the sake of violence. Kotaro is initially under the protective care of a monk at a Buddhist temple, but when it is burned down he is forced to flee. 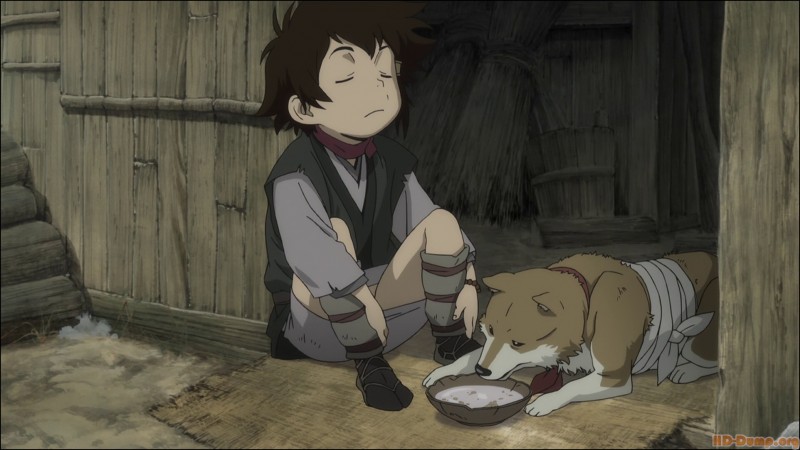 He and his dog Tobimaru seek refuge in an abandoned cabin, as they attempt to make their way to another temple. Kotaro is then forced to share his quiet hiding spot when a mysterious stranger appears. Completely outclassed in terms of age and strength, Kotaro must concede to this strange man who is known only as Nonashi (no name). When the warriors find their way to Kotaro’s location, he escapes only because Nonashi intervenes. Unfortunately, Tobimaru is injured with a poison blade putting Kotaro in an increasingly vulnerable position as he refuses to abandon his loyal pet. Seeing a good opportunity, Kotaro offers to reward Nonashi with a valuable gemstone in exchange for a safe escort to a healer at the next town over. The two embark on their journey despite their very tenuous arrangement. As they travel, the film delves into the mysterious past of Nonashi, and the equally mysterious circumstances surrounding Kotaro. 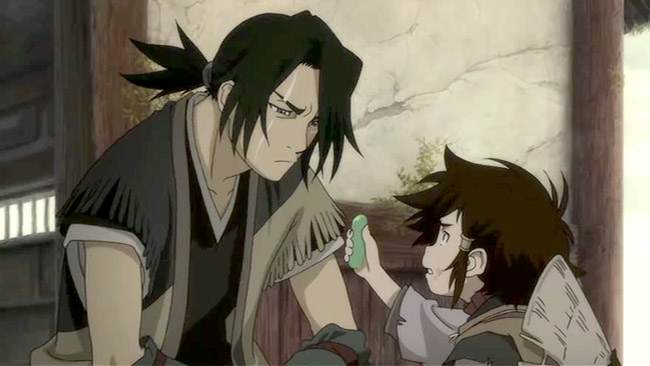 Sword of the Stranger is an interesting mix of a mystery thriller, samurai action, an oddball buddy film. Nonashi’s emotionally distant ronin is the perfect foil to Kotaro’s character who teeters on childhood innocence and adulthood. The action and violence are rather graphic, but it never feels gratuitous. The action sequences are also very well choreographed, and I got a kick out of Nonashi’s ability to take down enemies without drawing his own katana. And despite the violence and some of the darker themes, the movie still finds a place for sweeter, unadulterated moments of father-son type bonding between Nonashi and Kotaro.

As a fan of period pieces, I was especially enamored by Sword of the Stranger’s depiction of Japan during the Sengoku-era. Landscapes are beautiful and lush, the wardrobes are enchanting and the depiction of the historical time period is always fun to see onscreen (even if this film has very little to do with historical accuracy). Animation is hardly ever an issue with anime films of this caliber. Production values usually ensure that certain standards of quality and artistry are satisfied. Unfortunately, there are scenes with computer animated elements that became a bit of an eyesore at times. Most animated films these day contain portions that are computer animated. Even though I am a fan of pure cel animation, I do appreciate it when computer animation is used effectively to create something that would otherwise be impossible or incredibly arduous with cel animation alone. 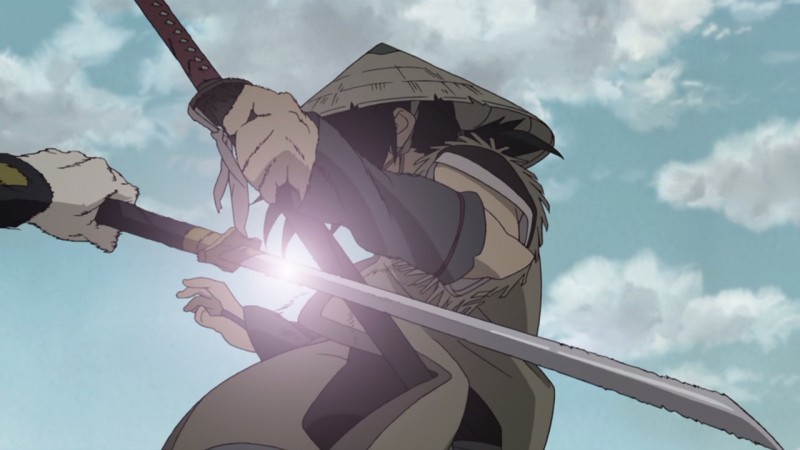 That being said, most of the computer animation is successfully integrated into the film and allows for some fantastic camera movements. There was one instance however when the effect was just not on par with the rest of the film. It was just painfully obvious that it wasn’t cel animation, and it just didn’t look that great. I’m unsure if this had to do with the quality of my viewing format (online streaming) or simply budgetary and/or artistic limitations. The result is an unfortunate blemish in an otherwise beautifully animated film.