This week for Anime Monday, we’ll be looking at a film very near and dear to my heart. Hayao Miyazaki announced his retirement a few months back, marking his feature The Wind Rises as his last. As my favorite director (of any genre), it was difficult news to swallow.

When the blue credit title - an iconic image of Totoro and the words Studio Ghibli- appeared on the screen, it was a powerful moment. I knew that it could possibly be the last time it introduced me to a new Hayao Miyazaki film. I knew that this was going to be big. Despite everything, I don’t think anything could have prepared me for the next two hours of film that unfolded before me. The whole experience felt  like a slow, intoxicating fog. I wish I could have remained forever wrapped up in it. 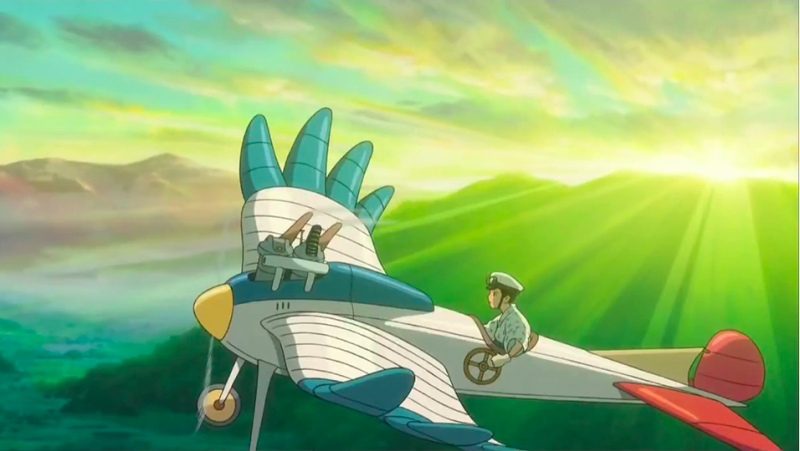 The same blue background remains when these words appear:  “Le vent se lève, il faut tenter de vivre. The wind rises, we must try to live.” It’s a phrase that will be used several times throughout the film. Then we’re introduced to Jiro Horikoshi, the designer behind the Japanese fighter planes that would be used during World War II. He’s a young boy. In a dream sequence we see his character soar through the skies in a plane before his vision becomes obfuscated. He tailspins towards the earth, back into consciousness. In one glorious sequence we’re shown the desires and limitations of Jiro. He longs to fly, but his poor eyesight will always deny him that dream.  Thus his long journey begins.

Jiro studies hard and as a young man travels from his home to study engineering at a university in Tokyo. On one of his trips back to university, a massive and devastating earthquake strikes the city. The train is derailed when the tracks are shaken off the earth by the intensity of the earthquake. The sequence is wonderful and speaks to the power of Miyazaki and Studio Ghibli’s animating prowess that this scene manages to pop from the screen almost as well if not better than some of the popular 3D fare of nowadays. It’s terrifying and magnificent all at once to see how the earthquake rips the town apart. In the ensuing aftermath, Jiro helps a young girl, Naoko, and her maid find their way home. Years later, after he has become a plane designer for Mitsubishi, Jiro crosses paths with Naoko on a solitary retreat. This encounter results in one of the most charming on-screen courtships of recent years. 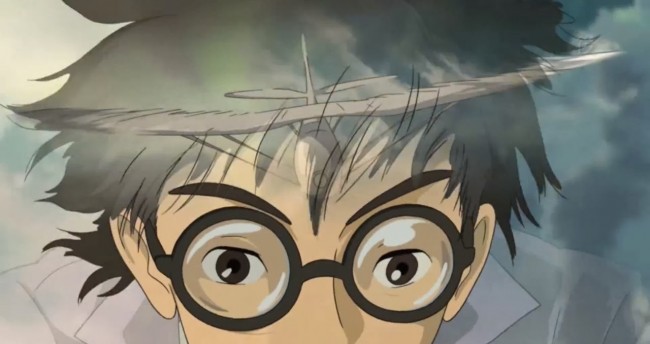 I won’t give away much more so as to leave it up to everyone to discover the wonders of The Wind Rises, but I will say that in my opinion it is nothing short of spectacular. It is yet another masterpiece for Miyazaki’s already impressive portfolio. I’m most enamored by the topic and tone that Miyazaki decided to portray with his last film. Although he is no stranger to more adult fare (Princess Mononoke), The Wind Rises is something different altogether. It’s a biopic recounting a portion of Jiro Horikoshi’s life. It’s told so, so lovingly. It is apparent that Miyazaki connects deeply with the subject matter. More importantly, the parallels between Jiro and Miyazaki gives the film an added level of resonance. They both are incredibly passionate about their work. The painstaking task of creating planes mirrors Miyazaki’s production process. The sad recognition that the outcome never exactly lives up to the vision is coupled with the positive affirmation that life goes on. “The wind rises, we must try to live.” Fans of Miyazaki, like myself, need to learn to let go. Maybe this film is not how Miyazaki or his fans imagined him making his final curtain call, but it is, and it’s amazing. 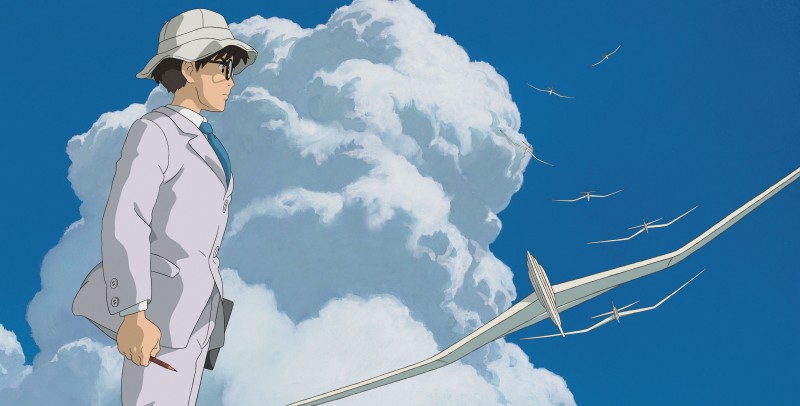 When it ended, I left my seat, willingly and symbolically ready to part ways with Miyazaki. Before The Wind Rises, I fiercely clung on to his films, refusing to let go. But Miyazaki didn’t just craft one of the most masterful stories in this film. He created the most heartfelt farewell to his audience. There’s nothing more that I could ask of him. Goodbye Hayao Miyazaki. Goodbye, and thank you for everything.