Anna Torv, who had a starring role in Fringe, is set to make her return to TV in Ryan Murphy's new TV movie called Open. Torv previously played Olivia Dunham, one of the main characters in the series for the five seasons that it aired. She has done a few other television series, but little else to build fame.

She is set to play the lesbian lover of Jennifer Jason Leigh, who was also cast recently. Torv will play the character of Windsor, a yoga instructor who has been in a long term relationship with Holly (Leigh). Things start to heat up when she meets a woman named Grace and feels an instant connection. The actress set to play Grace has still not be cast, but Torv will be joining Scott Speedman, known for playing Michael Corvin in the Underworld film series. Wes Bentley, who is famous for hi srole in the Oscar winning film American Beauty, is also featured. The premiere date is unknown, but the movie will air on HBO and was written by Ryan Murphy and Lauren Gussis, a co-executive producer for Dexter. Murphy, who initally gained fame for the FX series Nip/Tuck, has since created the popular show Glee as well as recently returning to FX in order to write the horror series American Horror Story. 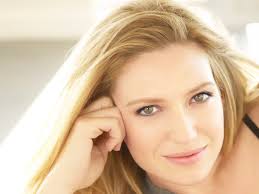