Are there too many X-Books?

A while ago I wrote a piece for this site wondering whether there were too many Batman books.  At the time there were five.  I am also a huge fan of the X-Men, but I’ve been a bit frustrated at how many X-books there are.  As of right now there are 11 X-Books with at least two more coming in the next few months with Marvel NOW.  (Not counting mini-series)  That puts it at nearly three times as many books as Batman and if I were to follow all the X-Men books it would entirely consume my comic book budget.  When it comes to the X-Men it’s traditionally been the case that if you want to really follow the team you’ve needed to get all the books.  Let’s examine what’s out now and whether there are too many X-Books. 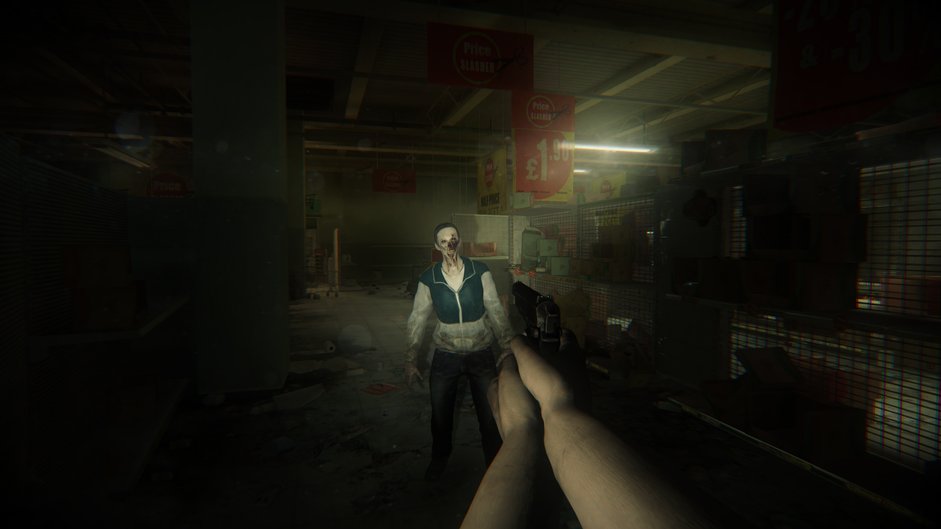 This is the newest X-Men book and the current flagship.  In it Brian Michael Bendis has the original X-Men from the 60s brought to the current timeline because of what’s going on with Cyclops post-Avengers vs X-Men.  I’ve only read the first issue as I write this, but while I think Bendis’ writing was great in that issue - I’m not sure we needed an entirely new book for this story.  It could have been told in X-Men as you’ll soon see. 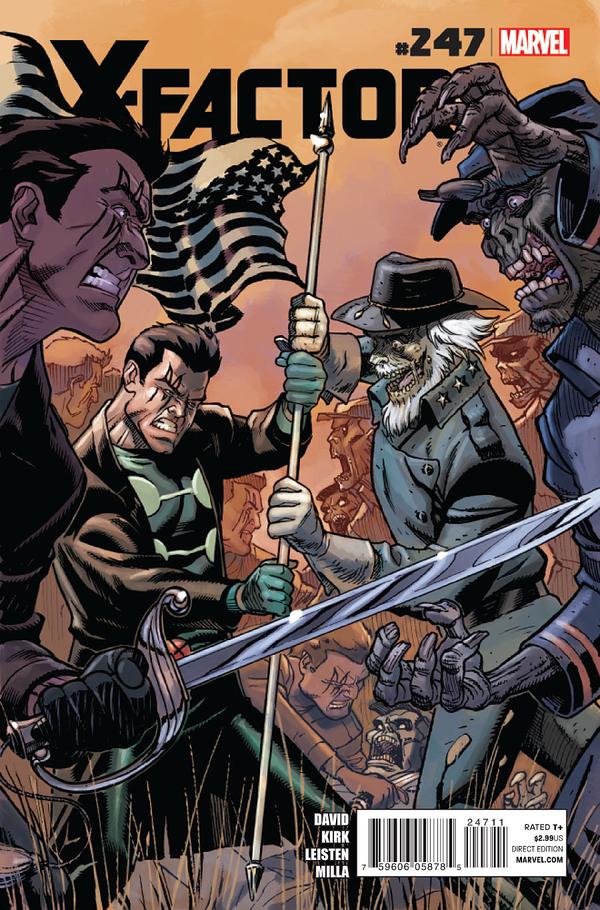 X-Factor is an exceptional book in this list.  While it has mutants on its cast and some of them have been in the X-Men at one time or another, it mostly stands on its own.  In the year and a half since I’ve restarted reading comics it only intersected with the other X-Men books once when Wolverine asked Lorna and Havok to join X-Factor.  So this is one X-Men book you could get and safely ignore all the others.  I really, really enjoy it and rarely is there an issue I don’t think deserves at least a 7/10.  The members of X-Factor are an investigation agency and so they are often working on cases for humans or mutants.  (The former more than the latter since M-Day - who knows how it’ll be affected post-AvX)  It’s always a good mix of drama and comedy.  It definitely needs to stick around. 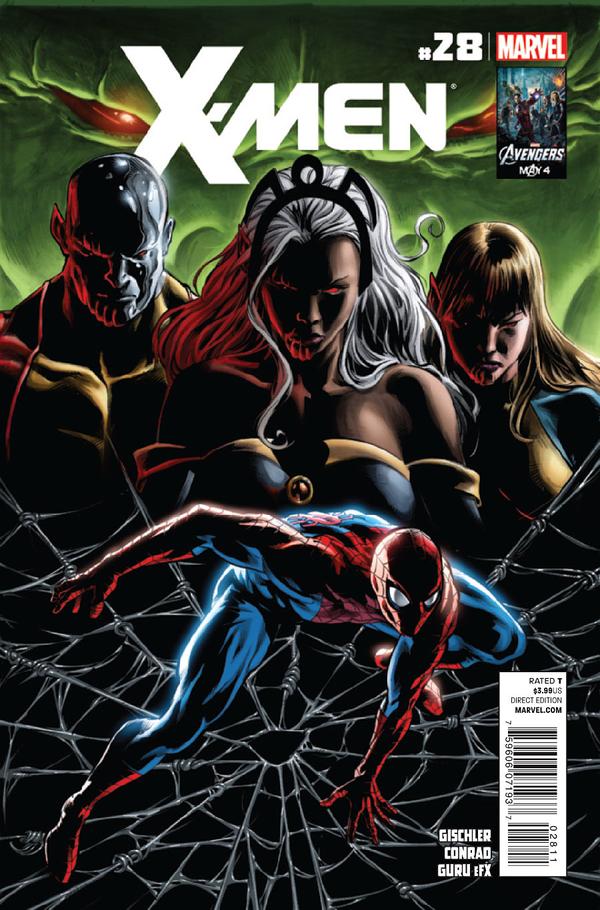 A long time ago this was the flagship X-Men book.  It was relaunched in the 1980s when the original X-Men became Uncanny X-Men.  At one point it was really important as Chris Claremont used X-Men and Uncanny X-Men to allow himself to tell biweekly stories.  But in the past year it’s become a series of unconnected stories that don’t have anything to do with any of the other books.  Sometimes you can’t even tell exactly where it fits in the timeline.  As of right now this book is pretty pointless as far as furthering the X-Men story, but I guess it could be a good recommendation for someone who doesn’t want to have to follow any other X-Men books. 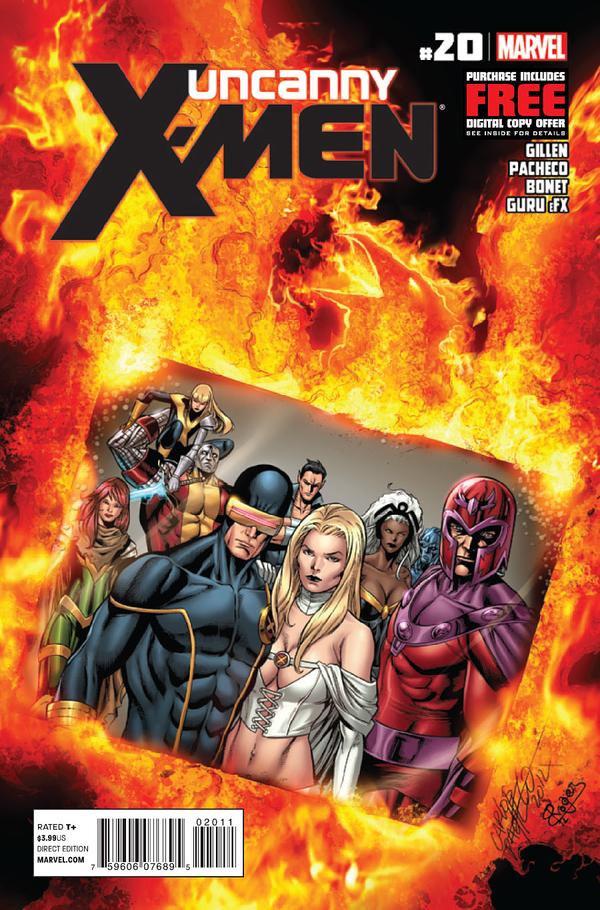 Volume 2 of Uncanny X-Men, which launched in the wake of Schism didn’t last too long.  After Avengers vs X-Men, this book - which was the flagship Scott Summers book - ended.  However, it will be returning very soon and will focus once again on Scott.  Is it necessary?  I think we always need at least two X-Men books because of the large number of mutants.  And if this one focuses on Scott while Wolverine and the X-Men focuses on the kids in the school, I’m fine with that. 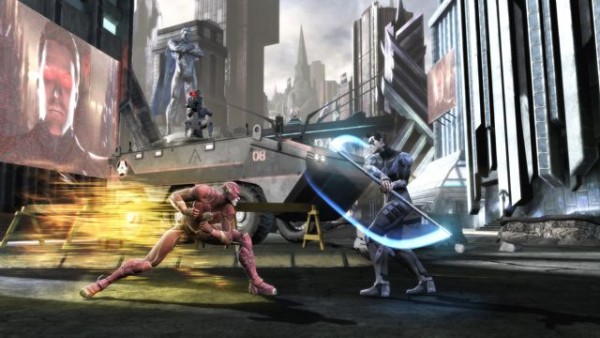 This title spun out of Remender’s Uncanny X-Force.  The old Age of Apocalypse we once knew from the old X-Men storyline has been changed based on a self-created M-Day that happened in the first issue.  Normally I’d say this could be read in isolation, but there’s a huge crossover planned next year with this book and some other X-Men books.

Cable and X-Force
Cable came back in a prelude to AvX called Avengers X-Sanction.  While he was MIA throughout all of that event, he’s formed up a new X-Force team.  He’s going to be on the run and it’s unsure at this time how much this will tie in with the other X-Men books. 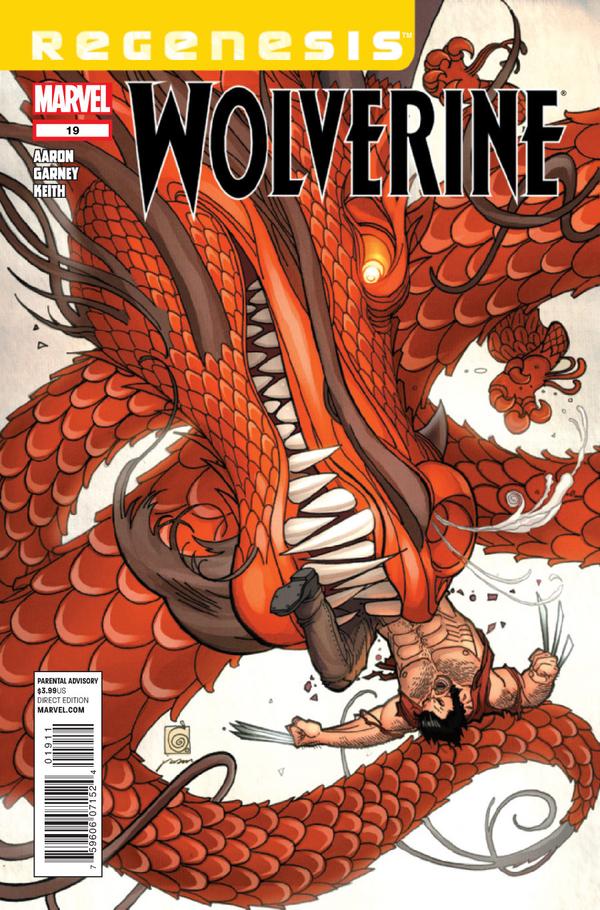 This is Wolverine’s solo book.  I read a few issues last year and didn’t see anything special at the time.  It tends to be completely separated from the rest of the X-Men books and deals with Wolverine away from the school and everything else. 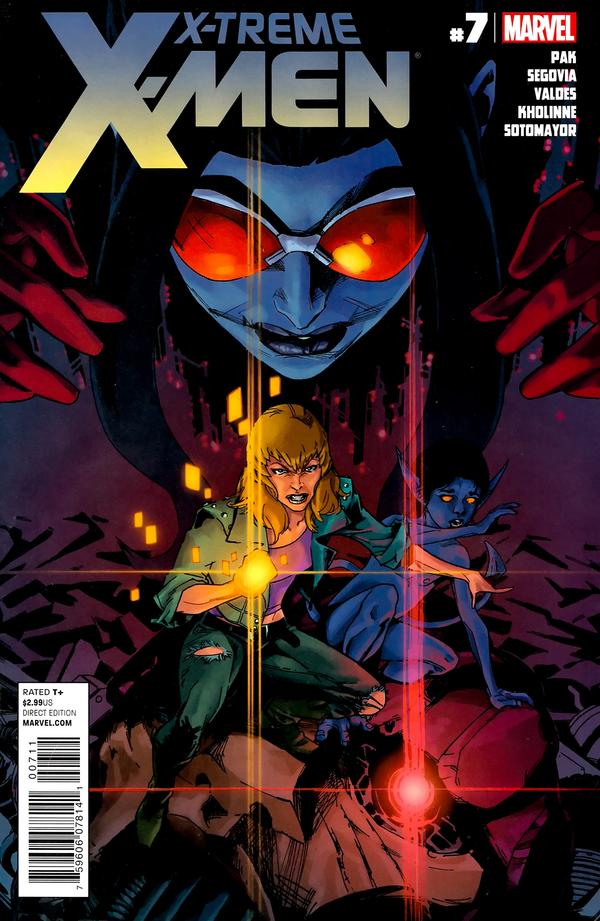 This story came out of a weak Astonishing X-Men story arc.  I haven’t read the book, but it’s about a bunch of dimension-hopping X-Men from different dimensions.  Also seems like it could be a self-contained book, but it’s going to be part of that crossover with Age of Apocalypse. It has taken Marjorie Liu nearly an entire year to finish the first story arc of her run on this book.  That’s not a bad thing, but it does mean the book is heavily out of sync from the other X-Men books.  It was taking place post-AvX before AvX even started.  The only bad thing is that it’s hard to judge this book having had only one storyline from the current writer.  I think this may be the third book in the AoA crossover, but I’m not 100% sure.  At any rate, you could probably read this book on its own, but it’s half A-level X-Men and half B-level X-Men so you might not have a preexisting relationship with the character.  (And that could either be good or bad) 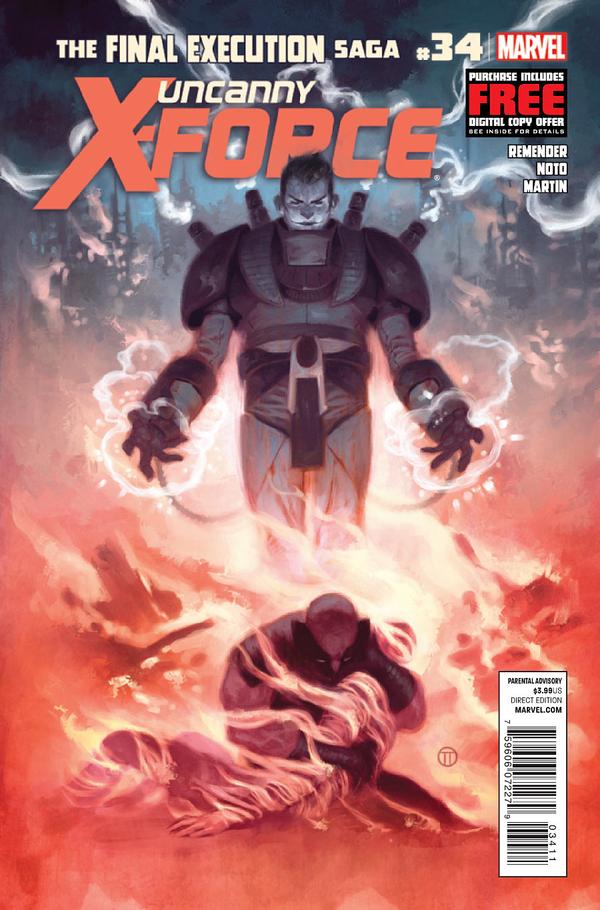 This book is about to end its epic Remender run so I don’t really know how well it’s going to tie in with the rest of the X-Men books when it joins Marvel now in volume 2.  However, volume 1 was pretty independent from the other books.  Or rather, all the influence was one-way.  A lot of stuff happened in Uncanny X-Force that bled into Uncanny X-Men and Wolverine and the X-Men.  It’s consistently been one of my favorite books.

Wolverine and the X-Men 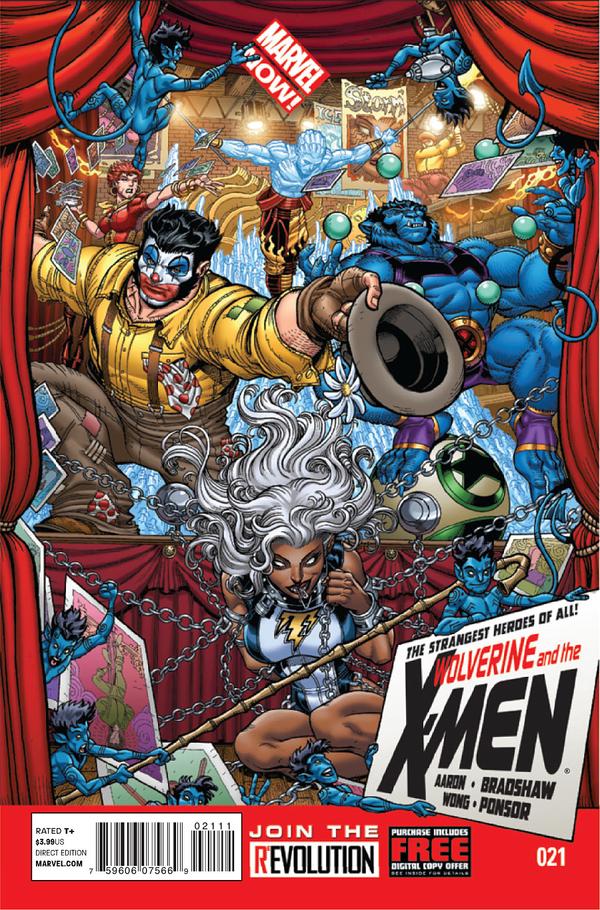 This book spun out of Schism and was, obviously, the book that followed Wolverine’s group.  Before Avengers vs X-Men this was my favorite X-Men book.  It seems to have lost its way a bit since then, but perhaps they’ll be back on track after the current story arc.  Before, because of the Schism, this book was well tied into Team Wolverine X-Books, but separate from Cyclops’ books. 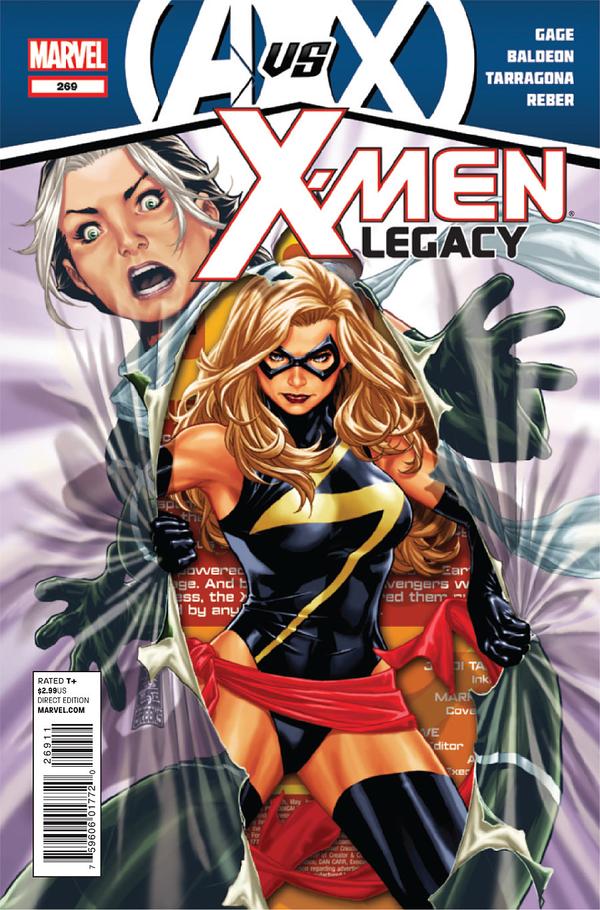 This is an interesting book.  It came out of Xavier’s death when Hope was born.  (And followed on from the previous X-Men, hence its high issue numbers)  It followed him around for awhile because of his estrangement with Cyclops.  Then it reunited with the X-Men and followed Rogue’s team.  And, post-Schism, it focused on Rogue’s team at Wolverine’s school as the enforcement and security team for the school.  So it’s been all over the place.  Right now it’s focusing on Xavier’s son, Legion.  Before, it was intimately tied into the other X-books.  You really needed to read it to know the full story of what was going on with the X-Men.

So, what should Marvel do?  Are there too many X-Books.  Before Schism it was an easy answer- YES!  Cyclops, Wolverine, and Emma were in nearly all the books so isn’t not as though each book focused on a different group of X-Men.  That lessened some post-Schism, but it was still the case.  Now, post-AvX it’s a little less clear.  Marvel has finally listened to me and it appears that, for now, each of the X-Book focus on a different group of X-Men.  I still think there are too many books, but it makes determining which ones to eliminate a bit tough.  Based on the current configuration, I’d get rid of X-Men since it isn’t telling any compelling or lasting stories.  I’d also get rid of one of the X-Force books.  I think the X-Force concept has a lot more weight to it when it’s, as in the current or previous incarnation, a covert thing.  I can’t say which should go right now since they’re both in flux.  We’ll see where All-New X-Men fits in, but I would have preferred for them to just tell that story within one or more of their existing books.  In the end, the important thing for Marvel to realize is that we don’t have unlimited money for buying their comics.  It’s in Marvel’s best interest to have us reading a bunch of different teams so we’ll see more movies and be more interested in crossover events.  The high number of X-books meant that I skipped all the Avengers AvX crossover issues.