By: Patrick Cowles | PC Features | June 1, 2014
In the realm of PC racing simulators exist two kingdoms; commercial sims for racing teams and consumer sims for gamers and enthusiasts.  For the gamers and enthusiasts there have been a number of options that have come of age throughout the past two decades; Gran Turismo for the Playstation faithful, Forza Motorsport for the Xbox club, and the works of Codemasters for PC purists.
Cue Italian based Kunos Simulazioni, nine year veterans of professional racing simulation solutions.  Their most recent project, Assetto Corsa, has bridged the gap between professional commercial simulations and the consumer video game sim solutions.  Though not quite the holy grail for professional circuit racing simulations, Assetto Corsa is most certainly a beautifully crafted chalice fit for enthusiast gamers that herald and champion themselves royalty amongst the sim elitist.

There are racing simulations which provide a stunningly acute representation of driving high performance cars on the circuits and rally courses their actual counterparts are engineered for, but Assetto Corsa offers a layer of customization and control over the internal mechanics of these exotic sports cars like never before.  They have the talent, they have the technology, and Kunos has worked hand-in-glove with professional drivers, racing teams, and car manufacturers to bring PC gaming enthusiasts of their high octane sport a high fidelity experience that few game developers can compete with.
Having secured licensing agreements with; Abarth, BMW, Lotus, Ferrari, KTM, McLaren, Pagani, Tatuus, Pininfarina, and most recently Chevrolet, Nissan's NISMO division, and Ruf Automobile for high quality reproductions of their sports cars visually and mechanically, Assetto Corsa  has an impressive assortment of 30 cars and 16 variants currently with more on the way. 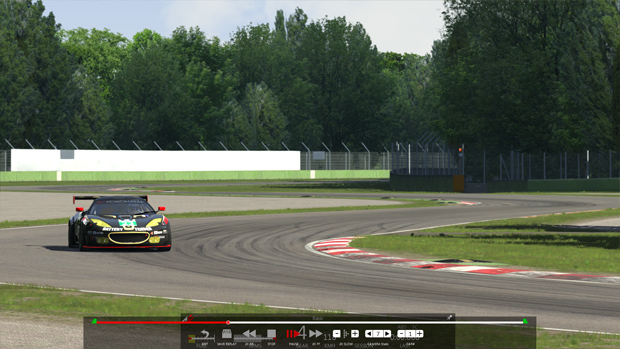 Being centered in the European circuit geographically, the development team at Kunos has also benefited from access to numerous tracks in the surrounding areas and countries.  Utilizing laser scan mapping of tracks such as; the Magione Circuit, the Mugello circuit, the Nurburgring GP track, and the Vallelunga circuit (which the dev team works within close proximity to), Assetto Corsa lets players course through 12 European circuits (some of which are historical renditions) along with the Trento-Bondone Hill Climb course with a few drifting tracks in the mix.  In time more will be added.
High Performance Customization
Most racing simulations solve the problem of custom configuration through diversity in car variants.  Rather than letting you custom tailor the mechanical aspects of the car you drive, you can choose from different variants of the same car with the statistics and performance that best suit your preference; at best you may be able to adjust gear ratios.  Although sims such as Dirt 3 for the PC-verse allow you to choose between different tires based on the terrain you traverse (road, gravel, or dirt) you can't customize the vehicle to the extent you can in Assetto Corsa.

Amongst the menus of customizable mechanical functions and tires are; gear ratio thresholds and final ratios, tire compounds and individual pressure, aerodynamic performance through spoiler angle, camber and TOE alignment for tires, suspension dampening for bump and rebound that manages the compression and extension of the suspension following a bump, differential power and coast locking for the drive train, along with additional suspension adjustments to fine-tune handling and tire wear.
The choices and extent to which each car can be customized is a mouthful in itself.  To fully explain how the physics engine interacts and is affected by these adjustments adds another layer to the complexity of authenticity Kunos has developed Assetto Corsa with in providing a racing experience to the enthusiast consumer market like no other.  The menu which grants access to these tweaks is furthermore complimented with the ability to save car configurations you've made; default options to save a specific configuration for a specific track are also available.
A Modern Engine Tailored for Authenticity
Physics equations and how the game engine dictates the travel of your car aside, racing games offering their player base access to the world's most exotic and high performance cars need to look as well as they drive.  To which, Assetto Corsa carries that flag and waves it well.  The game is visually stunning from the seats to the wheels and beyond the bumper.

Although portions of each track and the foliage landscaping their curves and straight-aways could use some polish and higher resolution textures, in the midst of a race or time trail a focused driver isn't paying much attention to these details.  For the details you will notice while driving at 200 KPH, Kunos has brought to bare a wealth of talent and experience in modeling and texturing for their race car renditions laden with immense fidelity; in part aided by data and access to real models by their licensed manufacture partnerships.
Kunos has also utilized Assetto Corsa as their flagship next generation title for the current advancements in graphical rendering.  With DirectX 11 support the game is cascaded with a multitude of modern graphical rendering processes and dynamic lighting which makes these exotic automobiles and professional tracks shine almost as brightly as their real-life muses.
They have even coded the position of the sun based upon a 24-hour day cycle and the geo-location of each track.  At times the lighting can be a determent, but you can appreciate the degree to which Kunos has developed the visual experience.  It isn't easy coursing through a track white-washed by a high-noon sun with little shade enveloping the roadway.

Being veterans of the commercial market for professional racing simulation solutions, Kunos has put nine years of research and development into their proprietary physics engine that commands Assetto Corsa.  Most of the forces rendered by the engine affect the various mechanical systems and how their configurations result in car performance and handling.
The engine even dynamically simulates the deposition of tire rubber on the track based upon the above mentioned functions, especially those related to the car's suspension.  Friction and pressure cause the temperature of the tire to increase reducing the integrity of the rubber causing wear and eventually a blow-out if you aren't careful in cornering and disciplined in pitting.
The engine is furthermore bolstered by telemetry data which can be exported for use in fine-tuning a car's configuration so that it handles and performs to your most tacit desires.
Community Driven
As a Steam Early Access title, Kunos has sought the feedback of the community since launch, dictating their own development timeline in accordance with its player base as it has grown.  Community polling has led to the licensing agreements Kunos secured with Ruf Auto and Nissan for their NISMO division race cars, while recognition of the growing American player base has resulted in Kunos extending the focus of Assetto Corsa beyond euro-centrism bringing the C7 Stingray Corvette into the fold of the project. 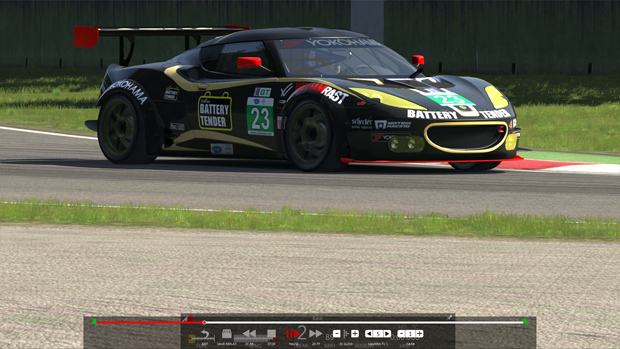 With modding tools on the horizon, Kunos has already set a precedence for allowing the community to drive content creation in the months and years (if not sequels) to follow.  Modding and customization tools for driver suits and models, car models, and tracks are all future features for Assetto Corsa.
Naturally for those interested in challenging their driving prowess within this high performance racing sim we'd suggest using a wheel and pedal board; none the less Assetto Corsa does offer keyboard and Xbox 360 controller support with degrees of handicapping so that anyone can enjoy a spin around these highly detailed tracks strapped into a high performance race car.  It also supports the Oculus Rift.
In development since 2011, Assetto Corsa is expected to release in September of this year just ten months after launching through Steam Early Access.  The final version will include a single player career mode with additional special events and customizable support for offline and online multiplayer competitions.