The first time I saw Asura's Wrath it was a trailer of an angry cyborg man punching the continent sized finger of a giant cyborg space Buddha.  It was then and there that I knew no matter how it turned out; even if it were the worst game ever made I would have to play it.

I am really looking forward to not only playing Asura's Wrath but reviewing it as well as I feel it will be an incredibly niche title with very polarizing opinions from press and gamers alike.   When I first saw the game I felt like developer CyberConnect2 (who are most famous for the AfterBurner series) said to themselves "we want to make the most over the top cinematic anime inspired game ever conceived" and that's exactly what they've done. Even if it does, in terms of raw interactivity turn out to be in the vein of Dragon's Lair and Heavy Rain; where every single action is predetermined and the player needs only press or mash a button or two to progress I don't think it will hinder my enjoyment of it one bit.  Tell that to any hardcore gamer, any serious game press person and they would probably think I was crazy. 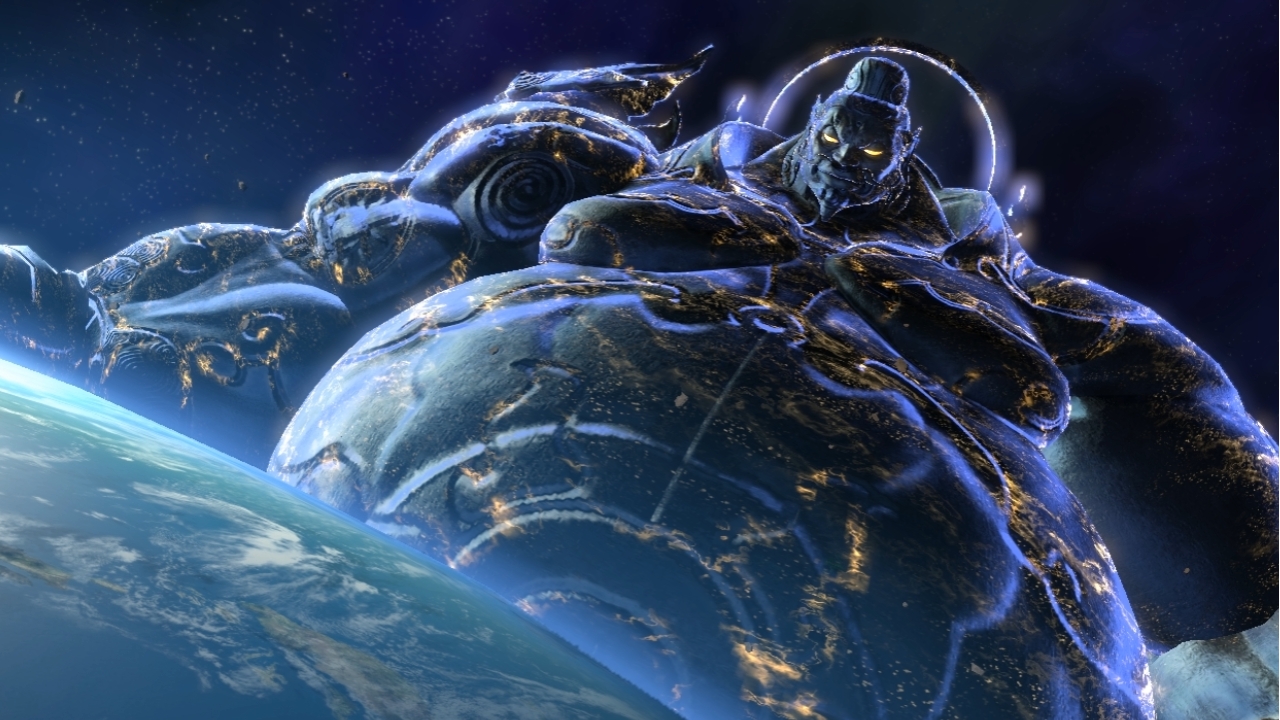 Like I said, giant cyborg space budhha, and this is one of the early game bosses.

Ever since video games were conceived people have always heralded interactivity and player control and as many open ended options as possible to be the ideal goal for all game design.   But I personally have always preferred linear games, often with the more linear the better being the case for my tastes.   I'm the sort of person who does have the patience to watch well-made cut-scenes, who doesn't mind quick time events and who is all too happy to throw down full retail price money on a game even if it is short and only has single player, so long as I feel my experience with it is satisfying.

I value games based off entertainment, not features.  When people say things like Skyrim has a 100 hours of gameplay, I always think to myself "yeah but how long till I get bored of that?" and low and behold I lost interest in Skyrim a mere 12 hours in, with supposedly a good 90% of its content yet experienced. On the other hand I started playing Kingdoms of Amalur: Reckoning recently and have already hit the 50 hours mark and all it really comes down to is me having much more fun with the latter than the former.

Asura's Wrath will not redefine the 3rd person action genre, it will not get many good reviews, I know this because I've read and listened and watched what game press and gamers like and don't like for years and not much has changed.   In fact I will be very surprised if anyone but me and maybe a handful of other reviewers around the world truly loves this game and ignores its supposed shortcomings.   Perhaps I'm getting ahead of myself though; maybe the quick time events and the rail-shooter esc sequences; which are clearly an evolution of CyberConnect2's own AfterBurner series gameplay, will bog down the fun for me.  It may very well get tiring and annoying eventually.   The reason I have so much faith that it will not however is because I replayed one of the two parts featured in the Asura's Wrath demo three times over and it was just as awesome every time.   The only thing I am truly worried about is whether or not the Japanese dub will be selectable in the full game as although Liam O'Brian does a fantastic job as Asura (he played War in Darksiders if you didn't know) all the other English VOs don't seem to be doing quite as good a job, an unfortunate trend that has always existed with Japanese entertainment getting English dubbing. 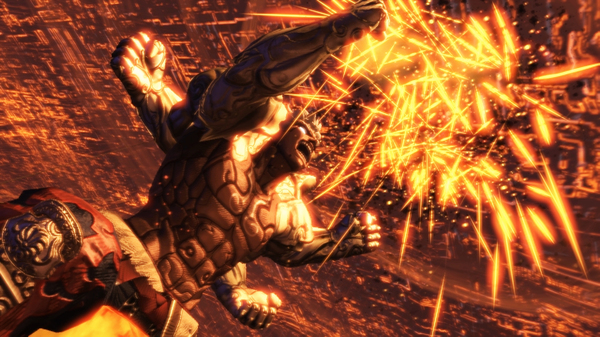 Actually now that I think about it the obvious truth of my interest in Asura is staring me right in the face.  It's more or less an anime trying to be a game, and I've always been a fan of anime and the series it reminds me and everyone of most is of course DragonBall Z.  It is probably a safe bet that the only people who are really interested are probably in the same boat as me, to such a specific degree without a doubt this game will be as niche as anything made by Suda 51, perhaps even more so.

I think it will be amazing, no doubt about that so this will likely be one of the most biased reviews I ever write which I’m completely fine with as I’ve always been the strongly opinionated type.  Whatever ends up happening I can not wait for next week to roll around so I can finally experience Asura's Wrath.