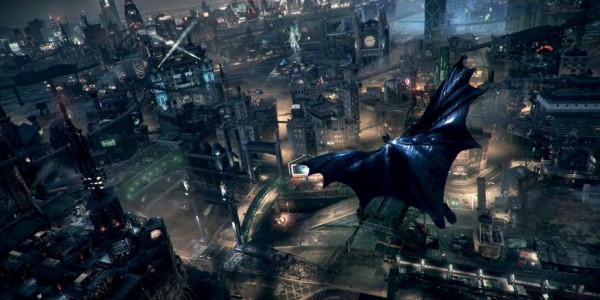 Developer Rocksteady and WB Games have confirmed that Batman: Arkham Knight has been delayed and will now release on June 23rd. The game was scheduled to release June 2nd. Before that the game was delayed to 2015 after originally announced for an October 2014 release. A new trailer released today and a tweet has revealed that the game has been delayed a few weeks. Batman: Arkham Knight will now be released on June 23, 2015.
Alongside the news of a yet another delay came yet another video.

It seems like every week there is a new video of Batman: Arkham Knight. This new video shows Batman stopping a military vehicle that is attacking police officers in Gotham City. The video shows the new Batmobile and how fast and powerful this new tool is. The game looks really great... now lets hope we can play it soon without another delay.
Batman: Arkham Knight is coming (hopefully) June 23, 2015 to Playstation 4, Xbox One and PC.