By: Josh | PC Features - PS3 Features - PS4 Features - Xbox 360 Features - Xbox One Features | July 22, 2014
To say that Battlefield has had a bumpy lifespan is an understatement. However, despite all the inexcusable issues with the game, it is undeniable that the DLC being fed to the game has been overall of high quality. With the release of Dragon's Teeth, the trend remains the same with another solid piece of content added to the seemingly fixed and rather awesome Battlefield 4.
Dragon's Teeth isn't as big of a leap as their last piece of content Naval Strike, but the new mode is still worth checking out among the four new heavily infantry focused maps. When I say infantry focused I mean it, barring one or two maps the vehicles all tailor towards moving troops quickly through the dense, urban maps of Dragon's Teeth. 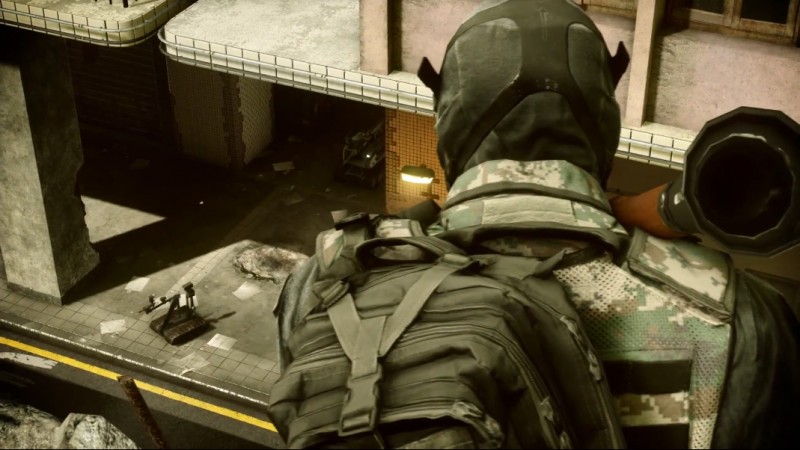 It doesn't sound like something big Battlefield fans would want, the series was built on huge open levels with tanks and jets ripping through the landscape; but I can assure you this isn't just some ploy to grab some lingering Call of Duty fans looking for twitchy close quarters combat. While there are quite a few choke points, the levels are just as big as any other Battlefield map and take an extra focus on verticality. Many maps have you climbing up or down buildings or even jumping across them to steal points from the enemy team. It really emphasizes just how good Battlefield plays while you're a simple foot soldier running for cover among the shattering of drywall. Having firefights across an entire alleyway as players are constantly trying to push forward to reach a point is exhilarating even without the constant crack of tank fire or roaring of jet engines. It is something you don't normally see in Battlefield's signature conquest mode and I for one enjoyed the change of pace.
Of course, as is tradition with all these packs you can also get your hands on a few new weapons including a ballistics shield and a few other cosmetic items but Dragon's Teeth follows in the footsteps of Naval Strike and adds another game mode to the mix; one that is exclusive entirely to the four maps included in this piece of content much like Navel Strike's carrier assault mode. 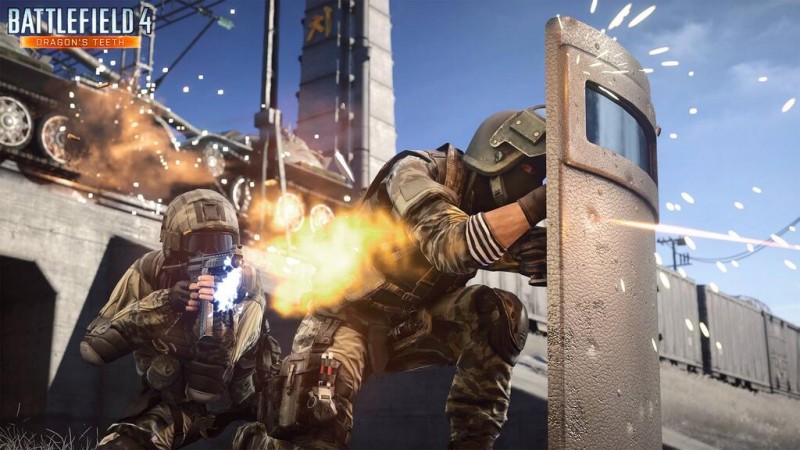 Chainlink is a new variation on conquest mode that again focuses on the mobility of the normal infantry solider. It is quite similar to conquest except for a few caveats that make it feel fresh. Each side of 16 starts out like any other conquest game, capturing points one by one but now that isn't enough to cripple your enemy. Simply sneaking behind enemy lines to get the point closest to their spawn isn't good enough anymore, in chainlink you most create "links" between points to decrease the enemies tickets faster. A to B would create one link, B to C would make two and so on, the more links your team has established the faster the enemies tickets dwindle.
The strategy starts to come in once all the points are taken, striking a certain point at the right time could cause a huge benefit for your team or severely hurt the enemy and just might be enough to bring your team back for the winning blow. Forcing players to establish links creates real purpose to each point. C is no longer just the point in the middle of the map, it is the point that creates a double link between D and B which is slaughtering your reinforcements. This creates a relevance for making a flag neutral as well. Before if you were capturing a point and died it would just mean nobody was getting points; now this could disrupt a chain and hurt an enemy, despite you not fully capturing it. 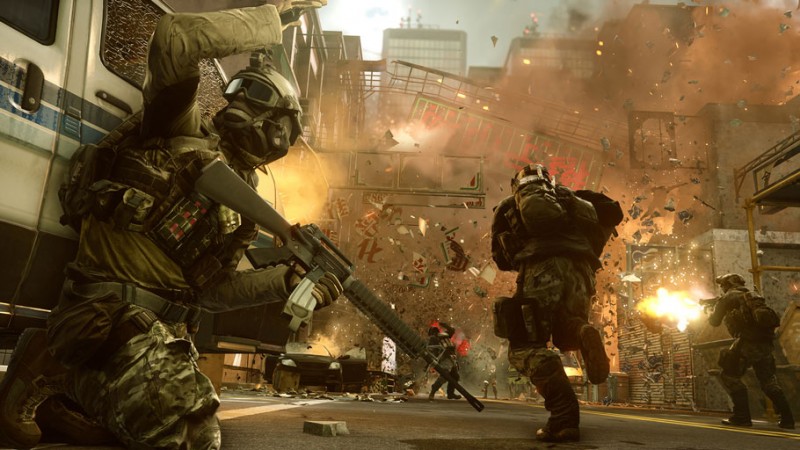 With the maps being of top tier quality and the new game mode adding an interesting new perspective, Dragon's Teeth is another solid piece of content for Battlefield 4. Dragon's Teeth is the fourth of five DLC's planned for the Battlefield Premium membership. It is currently available for premium members only and is launching next for everyone at the price $15 on PS3, PS4, PC, 360 and Xbox One.