Battlestar Galactica feature film is gearing up at Universal

By: Ruben Rosario | Movie News | April 7, 2014
After having multiple TV series, it seems as though Battlestar Galactica will soon again become part of geek consciousness. Variety reports that a feature film version is once again in the works, who is currently being scribed by Transcendence screenwriter, Jack Paglen. The original series creator Glen Larson, is also onboard as a producer for the film. 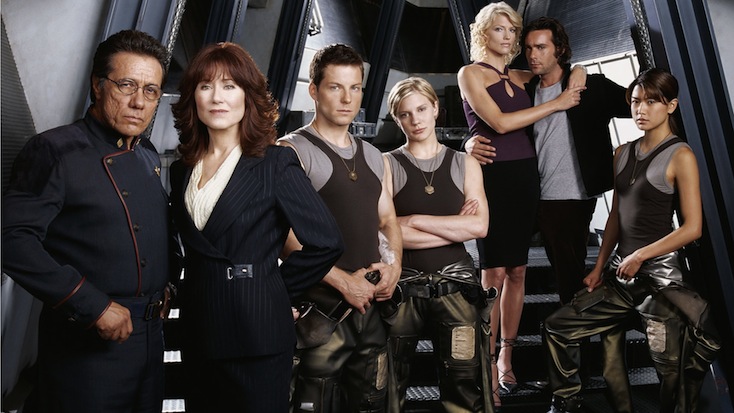 First conceived in 1978, Battlestar Galactica had a major resurgence, when Ronald D. Moore and David Eick resurrected the series in 2003. The show is set in the far distant future, where humans live on The Twelve Colonies, a series of twelve different planets within a galaxy. They are attacked by cybernetic robots, called Cylons, who wish to destroy all of humanity. After a major attack that wipes out most of the human race, the rest of civilization that exists, embark on a journey aboard the Battlestar Galactica, a giant warship, in search of the lost 13th colony, Earth.  The X-Men: Days of Future Past Director, Bryan Singer, was attached to the feature film version a few years back, which would've been a continuation of the original 1978 series.

How do you feel about a Battlestar Galactica feature film? Who would you like to see in this iteration? Feel free to let us know in the comments below or our forum section!