"Getting over getting things in order."
By: Alexander Wong | TV Reviews | February 23, 2016
After I reviewed Better Call Saul's season premiere, I read the interview between Alan Sepinwall and co-creator Peter Gould that addressed some of my problems with the episode. I expected to find insight that would make me reconsider my thoughts (or at least temper my criticism), but their dialogue seemed to confirm my biggest worry from last week: that this version of Season 2 wasn't part of the plan from day one. For most shows, this wouldn't be a huge issue, but Better Call Saul hinges on very nuanced moments and characters to make Jimmy’s transformation feel both complete and right. One of my problems with Season 1 was how the finale accelerated this change, which I assumed was to help the creators understand what they were working with for another season, but after two questionable episodes, I have to wonder if Season 2 will ever stop feeling like an unnecessary addition to Jimmy’s story. A big contributor to this sense of Season 2 being "extra" was Chuck's storyline and trajectory. There were a lot of awesome moments in this episode centered around the senior McGill, from Howard’s "I would, yeah, assume so" (when asked if Jimmy was on the partner track) to Chuck's excruciating pompousness when he says he’s at HHM "to bear witness" to the charade of Jimmy's career, but I'm significantly less interested in this because of how their relationship ended last season. Even though it could have been built up more, there would have been something so right about him never speaking to his brother again after their confrontation in "Pimento"; the idea of his brother believing in him being all that was keeping him straight. And though it’s compelling to see them both have a hand in corrupting the other, I don't know if any aspect of Season 2 will be able to stand on its own. [caption id="attachment_80419" align="aligncenter" width="600"] 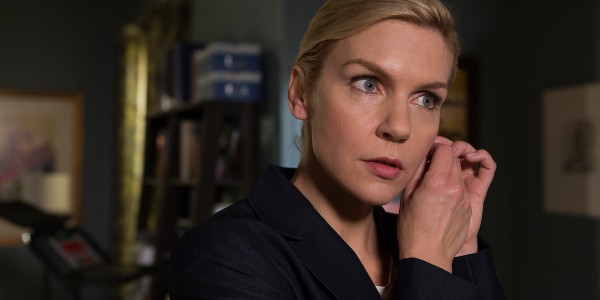 Rhea Seehorn as Kim Wexler - Better Call Saul Season 2, Episode 2 - Photo Credit: Ursula Coyote/Sony Pictures Television/ AMC[/caption] I had a similar reaction to Kim and Jimmy's dynamic in this episode. Obviously, Kim keeping Jimmy in the light is something that works and makes sense for the show (I love how she prevented him from embarrassing himself in front of his brother), but I get the impression that Season 2's intentions are a little too clear. With Season 1, Chuck's spatial limitations allowed his role in Jimmy’s life to sometimes go overlooked. He was a man to be emulated, sure, and the one who gave Jimmy his last chance to go clean, but until Jimmy found out he went behind his back, it didn't feel like the point of the season was to seemingly give Jimmy his brother’s respect, only to take it away. There were all the other notes – the temptation of the Kettlemans, the tension between him and Howard – that slowly accumulated until there was only one more shoe to drop. By deftly balancing Jimmy's morals and circumstances, it was a moment the series earned. In contrast, Season 2 is putting Kim front and center as the thing Jimmy has to lose before Saul Goodman is a possibility. I know this was my problem with the last episode, but her talking like they have a future together seemed like the series was not only giving direction to Season 2, but giving away its hand. At this point, I'm much more interested in Mike’s storyline. Because of the comedy created by Daniel Wormald's presence, I forgot that Mike eventually becomes involved with Gus Fring and Los Pollos Hermanos, and there’s a lot more ground to cover in terms of his family’s situation and him as a character before he becomes an enforcer full-time. Going forward, though, I'm going to miss Daniel’s many contributions to the series. After last episode telegraphed him coming to Mike for help, it was great for this to happen accidentally, preceded by Mike's cup shaking and his expression of "Oh god" as he looks at Daniel's Hummer. [caption id="attachment_80417" align="aligncenter" width="600"] 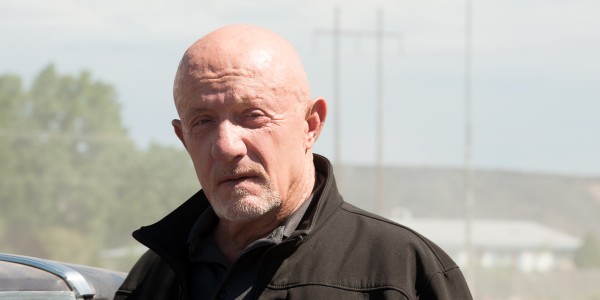 Jonathan Banks as Mike Ehrmantraut - Better Call Saul Season 2, Episode 2 - Photo Credit: Ursula Coyote/Sony Pictures Television/ AMC[/caption] However, the best part of the episode was undoubtedly the eponymous "cobbler." I wasn't expecting much from the scene because everything was contingent on his on-the-spot lie being amazing, but once one of the Detectives leaned in, I was completely sold. It was awesome to see Jimmy derail their line of inquiry by engaging their curiosity, making them look like a couple of friends listening to a crazy story. A reassuring sign that the series hasn't lost its touch. "Cobbler" demonstrated the talent of everyone involved in crafting its story, but the episode wasn't enough to validate Better Call Saul: Season 2. It's still feeling the after-effects of ending Season 1 in such a defined place, which is undermining how amazing moments from this season are in isolation. We’re now past the "get things in order" episode and the "get over getting things in order" episode, so next week’s installment better sell me on Season 2 having a story that actually matters. [caption id="attachment_80418" align="aligncenter" width="600"] 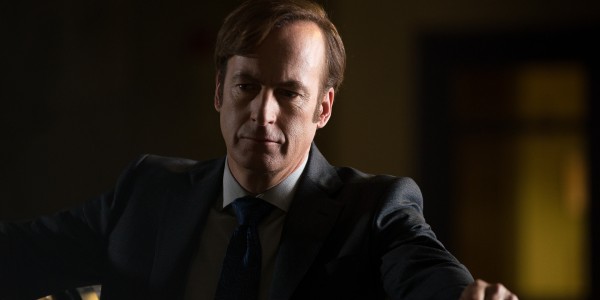