Mira Nair directs the incredible true story of Phiona Mutesi, a chess prodigy discovered in the slums of Katwe, Uganda. Newcomer Madina Nalwanga does a brilliant job in her first role, effortlessly bringing to life the genius, the youth, the unparalleled determination of the character. Sharing the screen with her are, most notably, Oscar winner Lupita Nyong’o as Phiona’s mother Harriet, and David Oyelowo in his second film premiering this year at the BFI London Film Festival. He starred as Seretse Khama in the opening gala film, A United Kingdom, and he is just as powerful here as Phiona’s chess coach and mentor, Robert Katende. 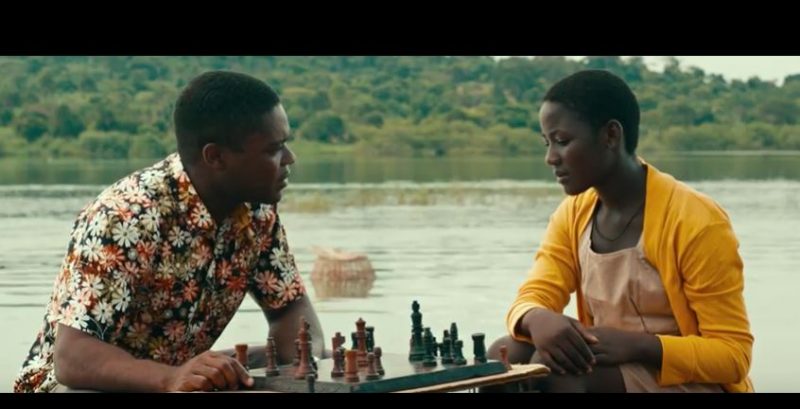 Queen of Katwe conveys the vibrancy of Katwe, with a heady soundscape of beat-heavy music and street sounds providing the backdrop to this story of hope and survival. “Welcome, this is a place for fighters,” Katende tells Phiona as she stumbles into a club he runs to teach chess to the slum children. The motivation for most of them is so that they can beat the city boys at something. The massive privilege divide prevalent in Uganda is never shied away from, in fact, the entire film encapsulates the near-impossibility of class mobility within the society. At first, Phiona’s mother cannot endorse her learning chess, since they barely have enough food to eat, and she must spend all her time selling maize to earn what little money she can. As her attitude changes, she throws herself into supporting her daughter’s pursuits in every way that she can. Nyong’o plays Harriet with a fierceness of spirit not seen on screen in a long time. She fights for the wellbeing of her children in every way she knows how, maintaining dignity in the face of hardships we can’t even imagine.

Oyelowo plays Katende with a delicacy and warmth which leads the audience again never to doubt that everything he does is with the children’s best interests at heart. Even when Phiona is torn between the path he offers and following in her mother’s footsteps, the compassion and respect he shows means he is never vilified. His dedication to his chess kids, “The Pioneers,” is the core of this film, running alongside Phiona’s determination to use her newfound talent to escape her circumstances. Katende serves as not only a mentor, but an example to Phiona. “I never want my daughter to dig like we had to,” he tells his wife, “Digging to plant, digging to eat … digging graves.” His circumstances are better now than they were when he was a child. Phiona can achieve what she wants. 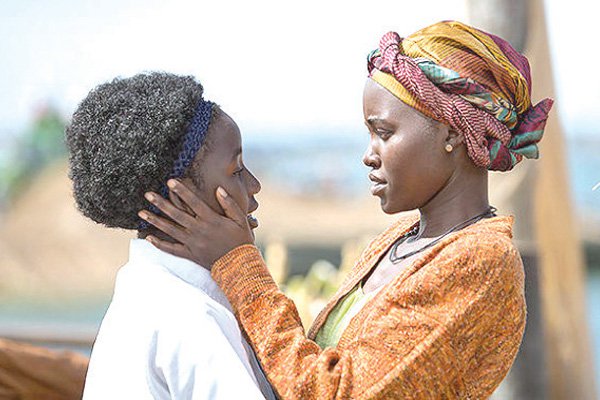 The bustling activity and colour of Katwe is contrasted with the stillness and uniformity of Kings College - the school at which the chess competition is held at. The Pioneers can’t afford school, and the resistance against them attending the competition at all is so frustrating to the audience - we are one with Katende, who knows how good these kids are, and who resents the system which disregards them due to the circumstances of their birth.

The whirlwind of increasingly glamorous chess competitions that Phiona gets caught up in gets some earth-shattering reality checks from family tragedy after family tragedy. Harriet  fears that Katende has shown Phiona a taste of a life she can never have, leaving her dissatisfied with the life she does have, “like a ghost that cannot rest.” It’s a powerful sentiment, backed up by the crisp, clean lines of her new school uniform, of the chess tournaments, the aeroplanes, compared with the chaos of Katwe, sometimes bright, sometimes dark, but never pale like the snow at the Moscow tournament. The black and white of the pieces, of the chessboard. The message Katende passes on to Phiona is that she belongs wherever she wants to belong - she does not have to be constrained by circumstance. 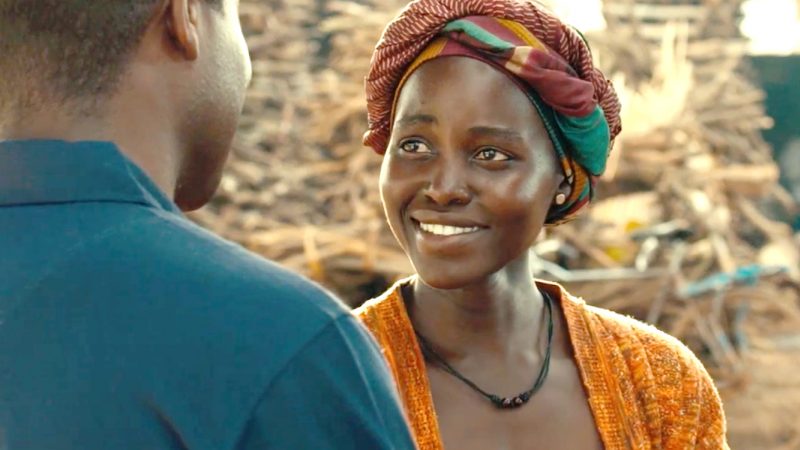 Phiona is not alone on this journey - her brother, and all the Pioneers are with her every step of the way. The children are all delightful in their vivacity, playing the parts of gloating victors and tantrum-throwing losers by turns with a cheeky charm. The film is of course a very moving and uplifting experience, but by far the most touching part comes at the end. As each actor is credited, we are shown them, standing next to their real life counterparts. Madina Nalwanga embraces the real Phiona Mutesi, only a few years older than her, and it really drives home the fact that all of this was real, all of this really happened to these people. A little update tells us where each of them are now, what they are doing, and that completes this success story in the perfect way. I would urge you all to visit the Queen of Katwe website, which details the chess programs which are now spreading through the continent, and provides means of donating to this incredible cause. 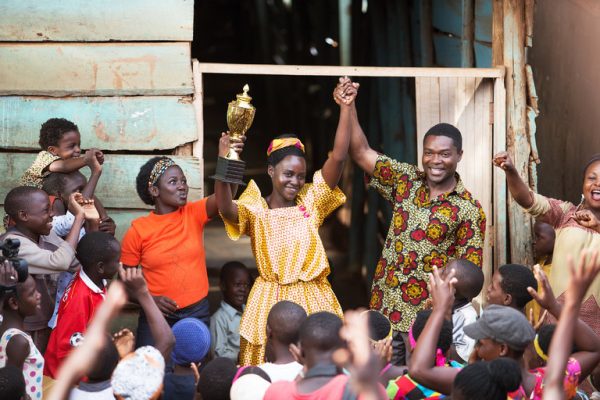 A masterful film, which really does justice the incredible strength of the human spirit, of a daughter, a mother, a teacher, the importance of friendship and family, of education for all. Ultimately the most inspirational film of the year, proving that with hard work and determination, you can achieve anything.