Writer’s Note: This is the first of now-weekly reviews of Big Brother Season 20 that will appear shortly after every Thursday’s eviction episode of Big Brother. Yes, they contain spoilers! Because this is the FIRST review (and we’re 60 days in an 81 day or so season), this will serve as a review of not just Big Brother Week 7 but a summary to catch you up if you’ve missed some of the action on CBS.

“Expect the unexpected” is still ringing true in Big Brother for Season 20, and it’s been on a whole quite fantastic, mindless, voyeuristic television.  In Week 7, we’ve witnessed the last week of Big Brother Hacker, drama in the yearly OTEV contest as a contestant figured out a unique new way to lose, and floaters being floaters, leading to another entertaining week in what is shaping up to be a memorable season.

While originally I was skeptical about the theme of technology (technically, CBS calls it “Silicon Valley” but it seems more technology and spyware,) it has proven to be refreshing, not just visually in the setting and house construction but for the show’s gameplay, as well. Power Apps were rewarded the first few weeks for contestants who were “most trending” on social media and punishments given out for “least trending,” which encouraged contestants to break out of their quiet shells. These moments where contestants found out if they were the most or least trending contestants in the outside world each week were amusing and fun to watch. What CBS didn’t show is whether the contestants generally seemed to consciously think much about how to make themselves trend during the week. 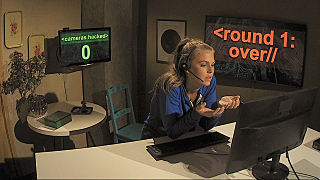 This brings me to my next point, and this may be a stereotype (sorry, kids!), but are Millennials and the new “Gen Z” just lazier than everyone else? In BB20, it seems…maybe? This year, unlike previous years, we’ve had fewer insightful discussions about gameplay. We’ve had fewer interesting conversations, period. Do they not talk? It didn’t even seem like they were trying to stimulate interesting discussions about themselves on social media knowing they could win advantages in the game.  A few contestants did mug to the camera or say in a confessional, “I hope you vote for me, America,” but as viewers you can’t help but wonder #really? That’s the best you can do?

As the game advanced, contestants then were rewarded (or punished) through Big Brother “Hacker” competitions. These new additions to the game were entertaining and involved tasks like unscrambling secret codes (words related to Big Brother) or “breaking into” the Big Brother camera system (really just a puzzle match game). The winner was always a secret to the House, (a great pop culture reference because, of course as they got to use a hooded mysterious icon talking with a “Russian voice” (no FBI or Congressional investigation required for these “hackings”).  While last week most of the house failed to correctly identify the Hacker (most blamed Bayleigh until Haleigh admitted to being the Hacker in a House Meeting), this week Kaycee used the power to negate the nominations of Haliegh. (Forget the “hacking” investigation, maybe we should just investigate how Big Brother ended up with so many contestants with an “ee” sound at the end of their names—since we haven’t even gotten around to JC or Scottie!). 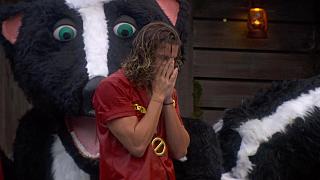 Yes, it is true that both this week and last week the “Hacker” has had too much power. There are already some contestants who shy away from being Head of Household—now imagine putting yourself at risk by becoming Head of Household only to make others upset with you AND have most of your power stripped away by another “secret” player, so effectively your Head of Household is worthless. While it does make interesting television, it does also change the game a bit too much and is probably unfair for the contestants. The good news is the two-week experiment with the “Hacker” contests has come to an end and it didn’t shift the balance of power, as both sides of the house won a Hacker competition and (somewhat) disrupted the other side’s intentions, so we can basically call it a draw.

There are two somewhat interesting alliances: the first is the unlikeable bullies of Level Six (already down to four after two were voted out in two consecutive weeks).

If every season needs a bully, we have one in Angela. The oft bikini-clad fitness model comes across mostly as a mean girl, particularly in the biting commentary she is leaving on her outgoing videos to the evicted contestants. As Julie Chen commented on Thursday’s show, “Does she realize that the jury is going to be voting on a winner?” To be fair, Angela isn’t dim. But I don’t think she’ll be the mastermind to get all the way to the end.

She is usually flanked by Brett, who at first seemed more like a Ken Doll. In reality, he’s a cybersecurity engineer in Massachusetts. This week, his plan to “infiltrate” the other side of the house seemed sooooo obvious (he’s no James Bond) but strangely worked, because, well, it’s Big Brother and we don’t have many people here that would ace the SATs.

While less obnoxious than Angela, he hasn’t proven his mastery of the game yet. Kaycee is a semi-pro football player (playing for a women’s league in Arizona) and should be a physical threat. She got into a rather long shouting match with Rockstar this week.

That leads us to the most interesting character of the week, Tyler, a lifeguard from South Carolina. Tyler has played both sides of the house, although his loyalty to Level Six cannot be doubted.  Thursday’s show revealed Tyler is strangely from… Ohio! We can now see how he is playing both sides of the house so well—his Midwestern charm is able to win over everyone in the house. 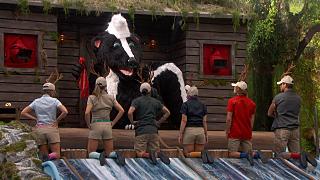 Hearing he’s a bowling champion—and seeing his entire small town show up in a bowling alley to root for him (as the mayor proclaims he’s giving Tyler the “key to the city” when he returns) was actually sweet. This is because we discovered that he learned to bowl with his father, who died when Tyler was 17. The segment that aired should guarantee Tyler will be in the running for America’s Favorite Houseguest on finale night.

The other alliance in the house—which has been blindsided and on the short end of the vote almost every single week, is pretty much called “The Hive,” but may as well be called the Little Engine that Couldn’t alliance. They are always… and I mean always--blindsided. They always look defeated after Julie reads the votes.

That side of the house is seemingly led by Haleigh, a Texas A&M college student from the Lone Star State, her now-official (after Thursday) showmance partner, Faysal, a substitute teacher from Orlando that hasn’t shown the Big Brother aptitude we’d expect (he hasn’t been close on most of the mental challenges, but seems to be a nice guy), and Scottie, a shipping manager from Chicago that looks like the typical Big Brother nerd, but also has underperformed in all the “Hacker” type competitions that you’d expect him to do well in.

I’m neglecting the (spoiler!) newly departed, Rockstar, an eccentric stay-at-home-mom from Maryland who left us on Thursday. After years of watching the OTEV (a glorified house trivia elimination contest where contestants must search for the answers in watery goo and bring them back to a giant animatronic character), I didn’t think it could get any different. I can count on a single hand how many times contestants make a mistake. It’s not about missing the trivia question, it’s about speed and ability to randomly find the right names hidden—and then some athletic prowess of scaling the slides to get back with the right answer fast enough. This year, with her own safety within reach—Rockstar asked Tyler if she had the right answers (she did—but Tyler didn’t), allowing Tyler to find the correct answer before Rockstar’s ally, Hayleigh. This critical mistake cost her the chance to come down from the block and cost her alliance a chance of possibly sending someone home from Level Six.  It wasn’t quite “butt fumble” bad (those of you NFL fans know how embarrassing this was to the Jets), but it was bad. Even for Big Brother. 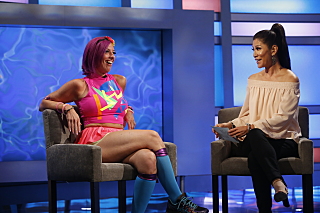 More interesting, perhaps, as we’re 60 days in, is how irrelevant the Floaters are: JC (he’s 4’8” and while that may be a disadvantage for game play in some physical challenges,  the editors of the show seem to also show him to be incompetent at mental challenges (he remarks, “How am I supposed to remember these things?”) and he seems most known for jumping up and down crazily and waving when the evicted member of the house leaves every Thursday as he stands in the doorway. This is odd, because he seems to have little rhythm (pun intended) while his Big Brother bio says he’s a “dancer” from Miami.  While he has “floated” this far in the game, he hasn’t done much…

Then there’s Sam, a welder from Virginia. Perhaps the most frustrating because she’s sweet and is being conned by Tyler, she wears her emotions on her sleeve but is easily duped. Still, for someone who seems sensitive, she often doesn’t have as much empathy as expected for the victims of the bullies in the house. JC and Sam seemingly can “swing” the house in either direction, but other than Tyler talking to Sam, no one seems to care about them. This is totally strange, considering every vote counts at this stage of the game.

Will the mean alliance continue to (somewhat deservedly) knock off the incompetent alliance? Will the floaters continue to float? At least we know all of them will get zinged, because —as sure as Back to School advertisements in August or disparaging late-night political tweets from our nation’s capitol—Zingbot returns Wednesday! We’ll see what Zings are best—and what player or players go home—next week!