The biggest shopping day of the year, Black Friday, is coming up pretty quickly as we already covered Best Buy, Wal-Mart, and Target's sales for games last weekend. Today, we take a look at what GameStop and Amazon have to offer. For those still looking for Nintendo's Wii U console, which launched yesterday, there is one way to get the new system along with one of its better launch games from an unlikely store.

The premier store for games whether you love them or hate them, GameStop, seems to be a bit last minute with revealing their Black Friday plans, However, the ad was leaked recently and has some different deals on console bundles and games from the retailers we looked at last time. Most of their deals are only for Friday, but there are still deals for the whole weekend if you can't make it to a store. The 250 GB Xbox 360 bundle not only gets The Elder Scrolls V: Skyrim as a download and Forza Motorsport 4, but also Call of Duty: Black Ops 2 for $250. That is a pretty good deal for a 360 with lots of hard drive space, and three good games. The $200 250 GB Playstation 3 bundle Gamestop is selling is similar to Best Buy, Target, and Wal-Mart's offering with the Infamous Collection and the Uncharted Greatest Hits Dual Pack. The Playstation Vita bundle with Assassin's Creed 3: Liberation is also on sale for $200 if you're looking to get Sony's latest handheld. Here are the noteworthy games on sale below at GameStop.

While some folks were lucky to buy Wii Us at stores on the first day of its launch without pre-ordering, the majority are still waiting for new shipments by the big retailers or willing to pay more money on eBay. One unlikely store is giving away the new system and it is Old Navy. This is probably some sort of contest they have going, but you still might be in luck if they're out on stores this Friday. If you spend more than $40 at the popular clothing store, you get a copy of New Super Mario Bros. U for free, but supplies are limited especially if they're opening at midnight. Toys R Us has a buy one get one free deal for all Wii U games on Black Friday if you're looking add more of the launch lineup to your collection. Sonic & Sega All-Stars Racing Transformed at $40 and a game for $60 is my personal recommendation so you get the $60 game for free.

We covered most of the retailers that will have Black Friday sales, but what about those that prefer to buy online? Amazon is already starting things off with their lightning deals with older console games that came out and they end quick when they're sold out. These deals appear pretty random and expect a lot of games that have been listed at retailers to be sold at the same price online or better below. If none of the lightning deals interest you, there are lots of PC games on sale online especially for those that love to have them digitally. Burnout Paradise and a ton of Sega classic games are on sale for cheap prices today with more games to be revealed for the rest of the week. For console folks, Thursday looks like your best bet to buy some of the better games that came out this year online.

Lightning Deals on 11/22 (Thursday) - check the link for specific times when on sale. 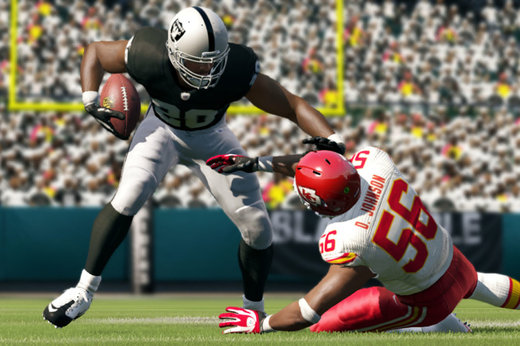 Out of this bunch, Amazon is the clear winner especially if you rather shop online than at retail stores. If you prefer waiting out at lines, then Wal-Mart is the place to go for games on Black Friday for most of the 360 and PS3 games. Toys R Us' Wii U games deal is neat for those that want to buy more games like ZombiU, Scribblenauts Unlimited, Sonic & Sega All-Stars Racing Transformed, and more from the console's launch lineup. The console bundles on sale at all the retailers are worth it for those buying a new system or getting them as a Christmas gift. There is definitely something for everyone this Black Friday for all the consoles and PC. Any of these Black Friday sales stand out for you? Let us know in the comments below.