No one should really be surprised Blades of Time is a bad game given it’s a spiritual successor to an even worse game.

It is however a shame the developers didn’t figure out how to do much better than 2009s X-Blades.  The most surprising thing about its follow-up is that it exists at all.  You’d think a game that no-one asked for or expected would at least come off as feeling like a passion product with some unique qualities or quirky characters and ideas but instead everything about it is as cliché and uninspiring as any brown shooter or third rate puzzle title.

When I first discovered Blades of Time which was as recently as a little over a month ago I thought oh wow now this is random, didn’t see this coming at all and maybe this will be developer Gaijin Entertainments first big title that shows the world they are capable of creating games outside of the terrible to middling spectrum of quality.  Sadly this isn’t the case at all as the best part of Blades is the graphics and even those aren’t particularly well crafted when compared to other modern games running on Unreal Engine 3.  A lot of time has clearly been spent designing and creating some quite nice looking and large environments with vibrant and varied colour palettes and layouts that certainly are a step up from X-Blades very flat very plain structure but what you do in these places is beyond dull and dissatisfying. 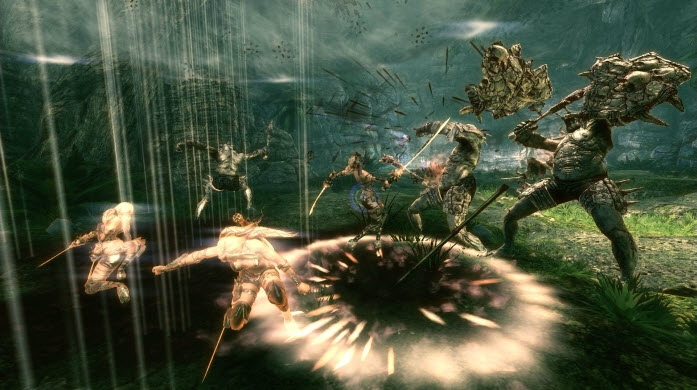 When I say this game is basically another wanna-be Devil May Cry even if you’ve never played that series you probably know what I mean.  You have melee attacks and ranged attacks, you’re in third person and you go about killing monsters until you are allowed to progress to another area that either has a puzzle or more monsters.  Formulaic design is at its purest here, there is no deviation from the very linear path of progression and should you dare try to stray from doing exactly what the game wants you to do you’ll usually die and have to start over some time back as to be expected things like checkpoints are as bad as they get in games like this.

The combat is stiff and unsatisfying, upgrades are all little more than; here is special attack 2-B and now here is special attack 2-B again but now it does more damage.  Their seems to be a theme of elemental magic behind protagonist Ayumi’s special moves but whether you’re slamming the ground to make an earthquake or firing a wave of fire in an arc in front of you it still feels like you’re literally just mashing a button to kill things faster either way than actually varying up how you’re encounters play out to give a sense of diversity.  I don’t know how someone makes a game like this where the very core of the gameplay is less interesting than the slowest paced rpg imaginable but apparently it’s still possible in this day and age.  A clear sign of a studio that doesn’t understand why games like God of War and Bayonetta are as well received as they are. 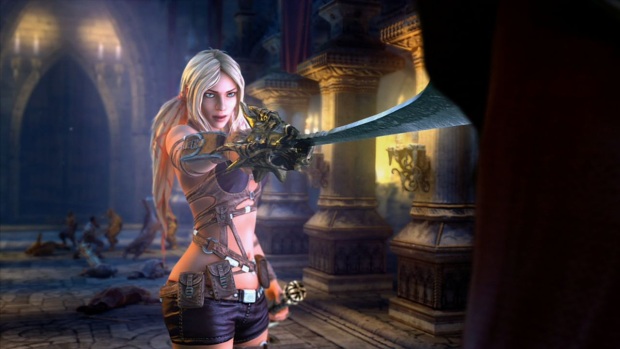 Ayumi herself comes off feeling like a character designed by someone who wanted to create pornography with her but never got the money or resources to do so and instead she ends up staring in these awful hack and slash titles.  Last game she was a blatant attempt at anime-style super sexualisation; a poster child for the old joke of “women in games always look something like this” to which I myself even made a comic strip about and this time around her design is more realistic but she still appears like a vapid object of sad annoying overt pandering with absolutely no redeeming qualities.

There is nothing wrong with sexuality in game character design, and I even feel more could be better used in the industry but when you’re literally just going for the tired stereotype of cute girl in leather straps outfit and then don’t even capitalize on her absurd design in a way a game like Baynetta does on its female lead; where it isn’t just eye candy and actually is an expression of who and what the character is it serves no purpose. Even her voice actor is so completely uninterested in caring about her performance whatsoever it becomes borderline comedic listening to her struggle to sound motivated or emotive.  If you want to start a fun drinking game every time she speaks aloud awkward exposition take a drink and you’ll be nice and drunk in no time. 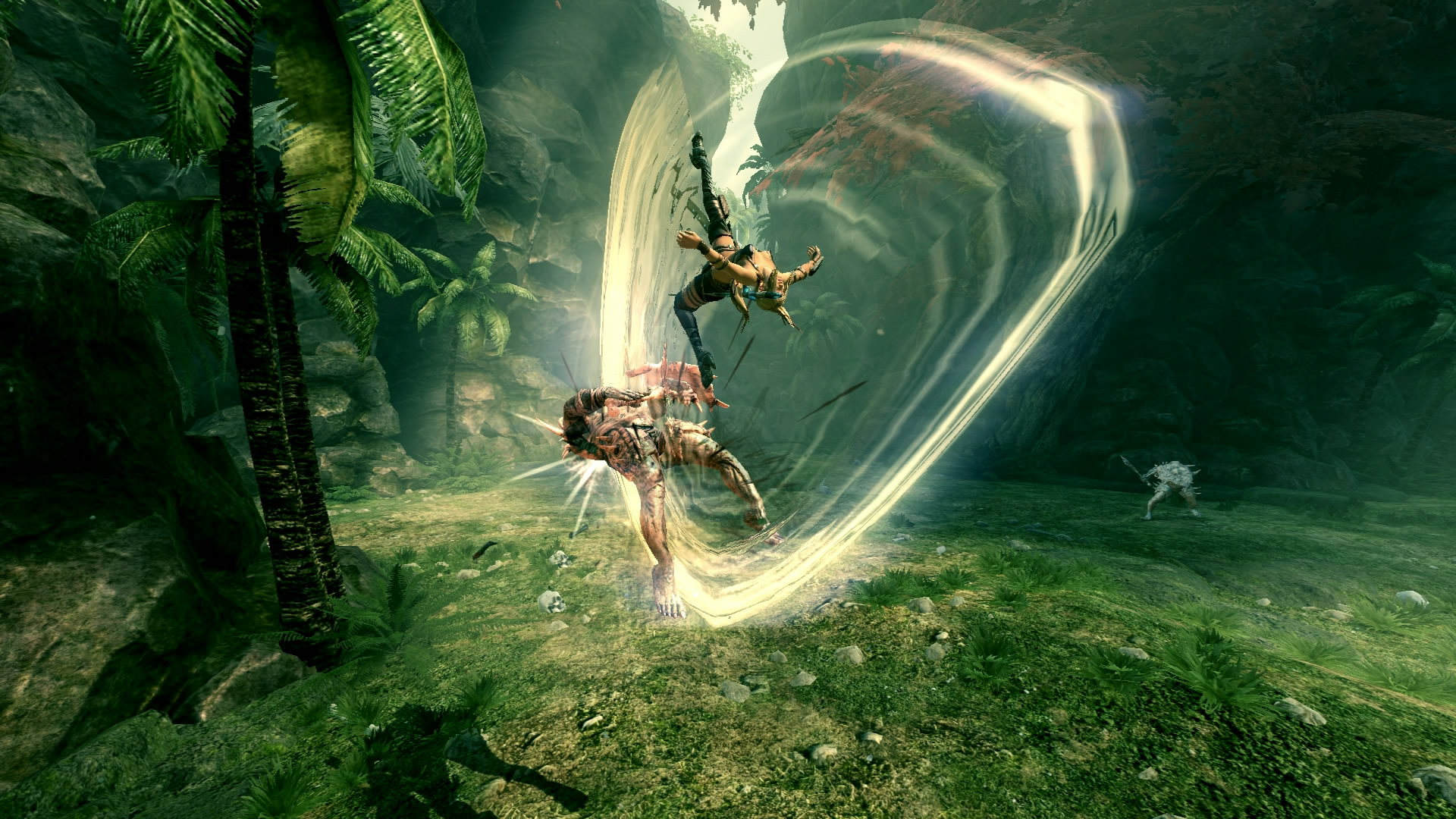 I’m almost at the end of this review and I haven’t even mentioned the shoehorned in and frustrating time mechanic presented.   It is nothing more than; hold button to reverse what you just did and replay it while you do it again.  I am not joking at all, they put time manipulation in this and all it is ever used for is dragging out the platforming or making what could be simple and easy fights take that much longer and become that much more a test of ones sanity. Strangely enough online modes were also included, one of which attempts to be akin to Defence of the Ancients of all things but isn’t worth really going in to details about. Unless of course you’re completely unfamiliar with the genre where you play as a special hero character with various abilities and fight alongside npc allies to destroy other player’s towers, structures and characters until someone wins.   But like everything else Blades of Time seemed to just throw this idea in and do nothing with it.

I really can’t un-recommend this game any more than I already have but I don’t feel like being too harsh as I was trying to be optimistic from the beginning so who knows maybe we’ll get Ayumi adventure number three in a few years and Gaijin will have figured out what to do with it by then.