For Blizzard Entertainment fans the gaming world over the seventh BlizzCon, being held this weekend in Anaheim, CA will be remembered as a remarkable occasion. Despite holding out last year on the convention (they skipped 2006 as well), the news which Blizzard has revealed today at the Anaheim Convention Center is both verbose and stunning.


Unveiling new information about four intellectual properties simultaneously, Blizzard tickled the nerves of World of Warcraft, Diablo III, Heroes of the Storm, and Hearthstone: Heroes of Warcraft players and fans throughout the morning and afternoon. The upcoming World of Warcraft expansion, Warlords of Draenor, is the most impactful news regarding the game not only in scope and ambition by also it’s content, while the rest teased what is to yet come from Diablo III’s expansion Reaper of Souls, Blizzard’s own multiplayer online battle arena and digital trading card games.


Warlords of Draenor is going to be big, the kind of expansion that has the potential to breathe life back into an MMO which has long since gone stale. Though some pieces of information released today about the expansion will draw yawns, there are a few gems both touted and alluded to which will raise a pulse.

Getting the expected things out of the way first, the world of Draenor will be opened to the player-base whether through a Dark Portal or not we don’t know at this time; what we do know is that Draenor will be spread across seven zones with an additional PVP zone for exploration. Within those zones Blizzard has planned for six five-man, or single group, dungeons with two planned raiding instances. For those that enjoy the PVP environment of WoW over the PVE realm, new battlegrounds will provide a zest of fresh environment along with the aforementioned PVP zone. The last caveat propels the level limitation into the triple digits, welcoming WoW to the level 100 club of MMOs. Furthermore Blizzard has issued a “Call to Arms” offering them a single level 90 character should they return for Warlords of Draenor; either by elevating their character to level 90 or by shortcutting a newly created character.


However, Blizzard has also revealed a few surprises during day one of BlizzCon 2013 for World of Warcraft. Three to be exact; new character models, player garrisons, and an expansion with lore that predates Warcraft III.


The character models will be the most visible, and it took Blizzard long enough. With no official release date announced for the upcoming expansion, the only character models for WoW could eclipse ten years, unless Warlords of Draenor releases within one calendar year. Though the aesthetic of the character models has not been changed as drastically as they were for Everquest with the Shadows of Luclin expansion; the orc, dwarf, and gnome models shown today have higher resolution details (best showcased in the dwarven beard and his ample yet subtle body hair), more depth of color and shaders bringing about a more prominent appearance of shape, and a greater attention to the aesthetic of detail once again best shown off with the dwarven model.

Player Garrisons also play a large part in Warlords of Draenor, while also further adding into WoW lore from Warcraft’s past. These personal areas which will be customizable and upgradable offer a base of operations for players in the upcoming expansion. Buildings such as farms, stables, workshops, and armories (I feel like I’m writing about Warcraft II) will not only augment the look and scale of your Garrison but will provide benefits of some sort yet unexplained. The buildings will also bring purpose to the NPCs which players can recruit to occupy their Garrisons. However, don’t expect these NPCs to be simple moving flair that give life to your stronghold; they actually do things. Your Garrison populace will have the ability to gather resources, craft items, carry out missions of an undisclosed sort, and even loot dungeons for you while you are online or offline freeing up your playtime to play, rather than spending time doing what truly breaks down to chores.


Along with the physical setting of Warlords of Draenor, that being the fabled planet invaded by the Iron Horde prior to Azeroth and the events of Warcraft and Warcraft II, many of the heroes, villains, and orc tribes introduced to the gaming world through those two real-time strategy games all these years ago will play part and parcel to the lore which drives the upcoming expansion. Though Blizzard has been quiet about the content of the quests which will see players through their 90s and the zones of Draenor, they have teased a few of the well known characters and clans from those games such as; Kargath Bladefist of the Shattered Hands, Grommash of the Warsong, Ner’zhul of the Shadowmoon, Gul’dan of the Stormreavers, and Archmage Khadgar whom closed the Dark Portal from within Draenor in an attempt to preserve Azeroth from the onslaught of the horde.

One thing Blizzard has come to master over it’s decades of game develop are cinematics, whether in-game or for promotional purposes. That’s about all the gaming world got for Blizzard’s free-to-play heroes-of-their-catalogue multiplayer online battle arena title Heart of the Storm; one kick-ass cinematic trailer. However, a few aspects of the game were also revealed today, similar to Riot Games’ League of Legends, the playable heroes in Heart of the Storm will have multiple skins to choose from amongst those shown today were; Captain America Jim Raynor, a neon-clad rollerskating Nova, Kaiju Diablo of the lizard variety, human Arthas as well as the Lich King Arthas, and Illidan as both a night elf and blood elf. A beta period is planned for the 1st or 2nd quarter of 2014, those interested can opt in now via Battle.net with the Beta Profile Settings page under Games & Codes. 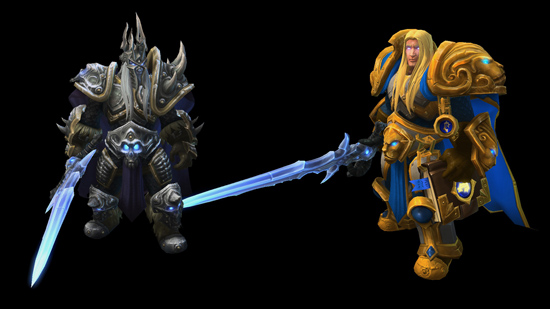 Hearthstone: Heroes of Warcraft had a few new developments revealed today as well. The Hearthstone closed beta period will come to an end towards New Year’s shortly before or after year’s end. As for the game’s development, Blizzard has decided to broaden mobile support for the digital card game with support for iOS and Android. A new aspect for the competitive card game has also been announced. Single player adventures are also being developed which will pit players against a boss, or series of bosses, controlled by the computer; throughout each adventure players will unlock cards specific to the content of that adventure. Though no details about the cards have been released, Blizzard did tease that they will impact the meta game of Hearthstone.


Finally, Blizzard lastly had a few things to share about Diablo III and it’s highly anticipated expansion, Reaper of Souls. For next-generation console gamers, the Playstation 4 version will include a couple exclusive features, though nothing ground-breaking as to alienate PC gamers. The first is known as Avenger Kills; in a monster kills a player that monster has a chance to increase in power, or “level up,” while jumping through a portal...and into the game of that player’s friend. This Bane monster will appear before the friend during a special event, if that friend is successful in killing the Bane monster, both players will receive a loot reward, if he fails, the Bane monster’s rampage will continue until someone succedds in slaying him or he “retires” from play. Playstation 4 users will also be privy to legendary gifts. When a legendary item is dropped for a player, a subsequent gift of rare or equivalent legendary value will also drop that can be given to a friend. 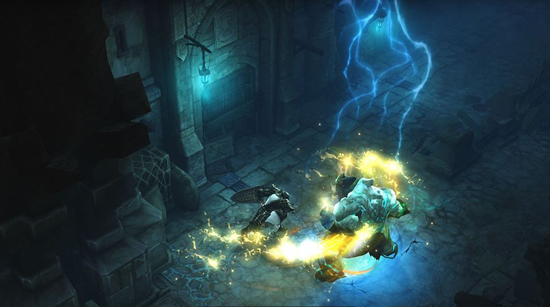 Blizzard furthermore showed off some new monster mechanics along with the Crusader class and Act 5. In Reaper of Souls a creature archetype known as the Brute exists that both spawns and hurls Boggits at the player, though nothing new in itself as the Unraveler archetype from Diablo II Act 2 spawned skeletons (and let us not forget the fetishes from Act 3 with their flame breathing shamans), another unrelated creature known as the Terror Bat can bite the Boggits which will mutate them into Brutes providing an additional layer of complexity to the combat mechanics through monster behavior. Another new creature, dubbed the Realm Walker, has an extra-dimensional rift on it’s back which spews out monsters from beyond the portal; unop it’s death players can lunge into the portal partaking in the battle raging within the rift.


The rift concept has been further developed for the expansion through Naphalem Rifts which will provide variety to the grind of obtaining loot. Imagine Diablo III gone horribly askew to highly randomized proportions in a parallel dungeon. This is what Blizzard has concocted for the rift, a dungeon with randomized mob density which can potentially be much greater than what has been seen in Diablo III thus far along with a randomized monster make-up featuring creatures from every act. Sounds like another nightmarish inferno doesn't it? There is a balancing act though for the Nephalem Rifts, that of player buffs, some of which resemble champion monster buffs including; one-hit kills, invulnerabilities, instant cool-downs, and area of effect attacks.


The last bit teased about Reaper of Souls for Friday was a new mode of play, Adventure Mode. Players will be given access to every act and their subsequent waypoints, but not to sight-see. Instead they will be given bounties to hunt down specific bosses or monsters, perhaps completing a specific in-game event or clearing out a certain dungeon in a nostalgic hunt chasing after aspects of the game. 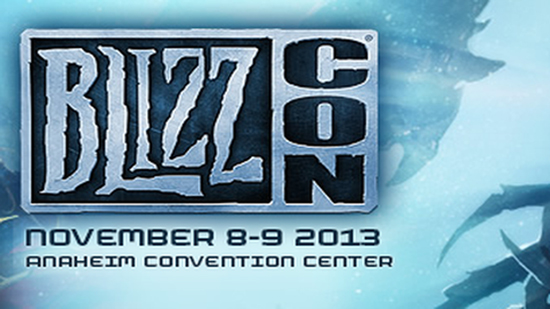 Quite a big day of news from the Blizzard camp, from World of Warcraft, to Heroes of the Storm, Hearthstone, and Diablo III, BlizzCon 2013 has thus far turned out to be an unveiling party like never before for Blizzard fans featuring two game-changing expansions along with two new intellectual properties.