Bloodshot Makes His Way to the Silver Screen

The comic book Bloodshot first appeared 20 years ago, recounting the tale of the antihero of the same name. Beginning as mobster Angelo Mortalli, he volunteers himself to become a killing machine for a witness protection program. With his memory erased, he seeks to rediscover his identity and fight the law and the mob along the way.

Now, the time-tested character will get his own movie. The Hollywood Reporter says Prey scribe Jeff Wadlow wrote the spec that sparked interest in the film; he will also write its screenplay. 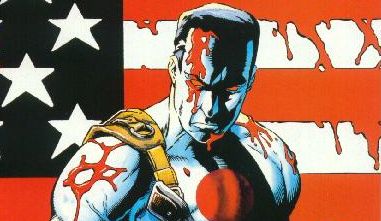 “The Bloodshot character has been a fan favorite for nearly two decades, selling approximately 7 million comic books globally. Because there have been more than 1,500 pages of storylines published, there is a rich legacy to draw from as we develop the screenplay.  Neal is one of the best action producers working today and we know he is the right filmmaker to take on this potential franchise.”

Although Bloodshot isn’t as popular as other comic heroes to get franchises, he boasts a devoted following. A revamp of the comic book this May could revitalize the series’ popularity.