"Dancing Through an Emotional & Heartbreaking Tale"
By: Jeffrey Dy | PS4 Reviews | August 17, 2016
Game stories have been told in a variety of ways. What if I told you there's a game story told by ballet dancing and modern art? The artistic side has been seen lots of times, but ballet dancing is a first for many. Plastic Studios tackles all of this with Bound, the last game of Sony's 2016 PS Play lineup. It's quite and unique yet beautiful platformer telling a family's emotional and dark story. The way the story unfolds metaphorically between certain scenes and gameplay is astounding. While the focus on narrative is apparent, there's also enough for platforming fans to keep going after experiencing the story. 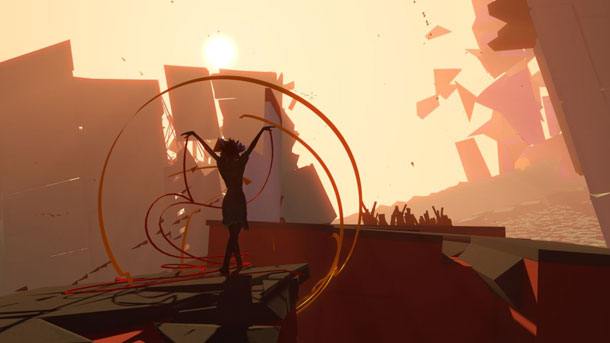 You play as a ballerina in a twisted world where you transverse through platforming levels by dance. She moves unlike any common character as she's balloon leaping and pirouetting through obstacles and enemies. Since ballet makes or breaks Bound, Plastic got dancer Maria Udod to motion capture the character's moves. Even when she's walking through narrow paths, she's still dancing. The result is impressive as the level design also goes into Super Mario Galaxy territory messing around with gravity and unconventional movement. In a nutshell, Bound is an interactive musical with ballet, but there is still a game inside it. The platforming is not that challenging as the whole game can beaten in two to three hours. There were moments that the character's edge control didn't go my way, which you can turn on or off. Plus some camera angles didn't help my character travelling through certain areas despite how cool the angle is on paper. Fortunately, once you die you respawn right away at the last spot you stood on. Once you beat the game once, a speedrun mode is unlocked. The whole game or it's individual levels can be ran through for times on leaderboards and trophies. Developer intended shortcuts and sequence breaks are also present, so Plastic did design this with the speedrunning crowd in mind. Collecting all the shards within the levels also adds replay value to the short game. 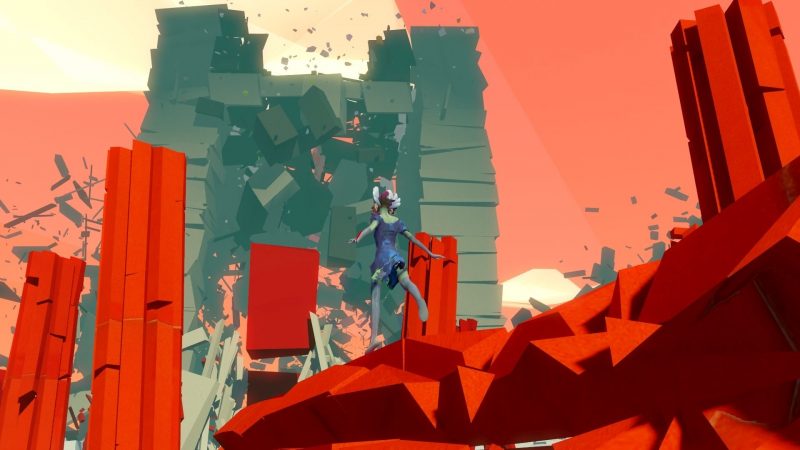 The major takeaway players will take with Bound is it's graphical style. The game's usage of modern art and shapes revolving the world is unlike anything I seen in recent memory. The colors get vibrant at times and certain moments can be taken advantage of it's photo mode. Sure, the worlds take a rainy & darker turn as you progress through the story, but Plastic did a great job changing the pace when the switch happens. Also impressive is the amount of level combinations players can tackle. You can change up color schemes and specific paths whenever you a pick of different order of pages. Since it is a ballet platformer, the soundtrack has to be as good as the dancing. Bound's soundtrack especially shines during moments where you riding a ribbon and the whole presentation is at it's best. I won't spoil the story for Bound, but I can see how it can relate to some players' real life situations with family. That reason alone can play on emotions if they experienced it themselves. The complete presentation is a rare feat in gaming seeing modern art and ballet work together in such a beautiful way. While most players would be fine just playing through the game once to experience the story, there's enough replay value with speedrun mode to keep them busy. As a platformer, Bound plays fine despite some frustration with the controls and camera. Playstation VR support is coming when the headset is out in October, so I'm curious how that works in this game. Sony hits another indie home run with Bound being an interactive musical in one way but also an unique platformer at the same time.
Rating
8.0
Pros