Well, that's certainly a heck of an episode. While we still don’t know why Walt has a M-60 gun in his trunk, we do get the answer to two burning questions: is the cancer back and what will Hank do with his knowledge? The latter of these questions lead to one of the greatest showdowns in Breaking Bad history.

As with the start of season five, the episode’s opening scene is a flash forward, with Walt driving his newly acquired gun-toting vehicle to his house. Only the White home is abandoned and boarded up. The name Heisenberg is scrawled in graffiti on the living room wall. Is Walt on the run after being charged by Hank? After surveying the damage to the home, Walt heads into the bedroom to get what he came for: the ricin. Leaving the house, he sees his neighbor, Carol, staring at him in terror. His mild mannered greeting causes her to drop her groceries in fear.

Whatever Carol thinks Walt did, it must be more than run a drug empire to cause that level of fear. And, perhaps more importantly, why is Walt getting the ricin? With the M-60, I doubt he needs ricin to kill anyone. Is it for himself? So many new questions, and only seven more episodes to get the answers. 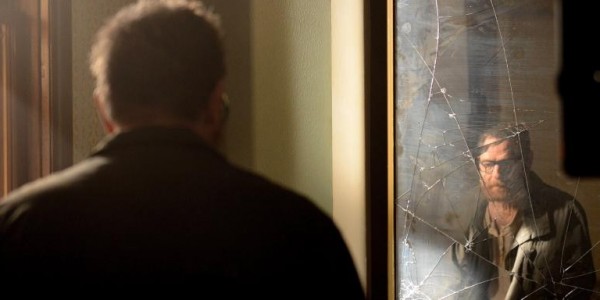 While there may be new questions, the episode doesn't dwell on doling out answers. Rather, we are once again thrust into the world of Walter White, whose back is slowly being against the wall. One of the hallmarks of the character of Walt is his desire to control. He was never satisfied with being anything but the boss, in large part due to the sense of control it gave him. Thus, the return of his cancer is terrifying not only for the death sentence it brings, but also because Walt has no control over it.

Walt doesn’t react well when he lacks control. He either takes clear steps to gain control from the hands of those who have it, or he lashes out in other ways, tightening his fist around the areas of his life he is still able to control (see his actions with Skyler in the earlier seasons as a clear example of this). We see this reaction during Walt’s heart to heart with Jesse.

Jesse has always been a bit of a loose cannon in Walt’s arsenal, and whatever humanity Walt retains is responsible for Jesse continuing to live when Walt could have killed him off dozens of times already. But while Walt still feels the need to keep Jesse alive, that doesn’t mean he’s willing to tell him the truth about anything - particularly in regard to Mike’s death. Despite Jesse telling Walt he knows Mike has to be dead (and insinuating that it was at Walt’s hand), Walt uses every manipulative tool in his box of tricks to get Jesse to agree that Mike is likely still alive (never mind that Jesse’s agreement lacks any sincerity). 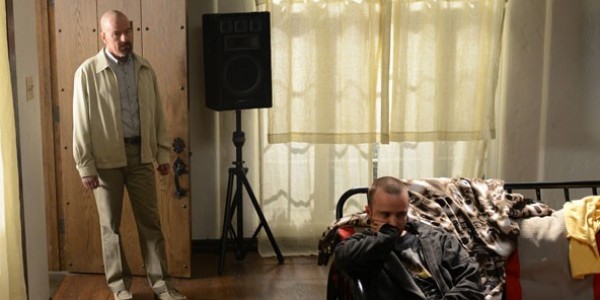 With Walt being pushed more and more into a corner by Hank’s new knowledge and the return of his cancer, I’m worried that Jesse may become a casualty of Walt's loss of control over his life, either by Walt’s hand or by Jesse’s own actions. Or, perhaps, Jesse’s conscience may cause him to take steps to stop Walt once and for all by confessing everything to Hank, who, it seems, is well on his way to making a case against Walt a reality.

At the end of season 5A, Hank’s revelation was an incredible cliffhanger. I, for one, didn’t think the show would give us a showdown between Walt and Hank until at least the midway point of season 5B. Boy, am I glad to be wrong. The tension-filled confrontation was excellent on every level- acting, directing, writing. While as an audience, we often root for Walt, it was hard not to side with Hank (poor, long suffering Hank). 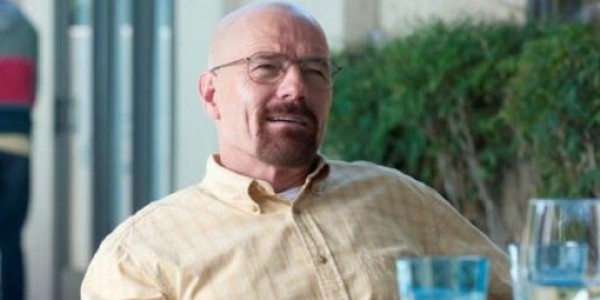 Dean Norris (Hank) turns in an exceptional performance. For much of the series, Hank’s inability to see Walt for who he really is has called for the character to be seen as lesser, overshadowed by Walt’s master manipulation ability. Norris is given a chance to shine spectacularly, vibrating with rage at Walt’s betrayal, lashing out physically but still showing a deep hurt at seeing Walt truly didn’t care that he had lied to his brother-in-law for so long. That he had almost cost Hank his job and his life.

But, as with Jesse, Walt manages to gain control of the situation. Playing his trump card, Walt confesses to Hank that his cancer is back and that he has, at most, six months to live (which, thanks to the flashforwards, we know isn't true - he has at least nine months left). Even if he is convicted (and who would believe Walt would be a meth kingpin), they would never lock him up. It would be a lose-lose situation for Hank, to destroy Walt’s family for a case that might not work out.

We are left with a great two shot of the men, staring at each other in Hank’s garage. Will Hank go with Walt’s version of things and stop investigating Heisenberg? Or will Hank’s sense of justice (and pride) win out? Either way, things are off to a terrific start. 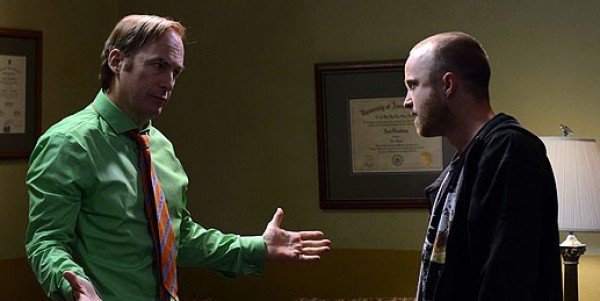 -- I love the hysterical scene between Badger and Skinny Pete discussing Star Trek. Their Star Trek knowledge is surprisingly good.

-- Speaking of Star Trek, the choice of Chekov as the ill-fated character in the tale has to be a reference to "Chekhov's gun," right? For those who weren't lucky enough to have my amazing high school English teacher Br. Ruhl, "Chekhov's gun" comes from the Russian playwright, who famously stated that if there is a gun on the wall (or, in this case, in the trunk) in act one, it must go off by act three. I'm betting the same is true for vials of ricin found inside walls.

-- Like Dean Norris, Aaron Paul’s work is great this week. The heartbreak and pain Jesse is still going through is genuinely palpable. I’m really worried that when Jesse realizes what Walt did to Mike, it might push him over the edge and someone is going to get hurt.

-- I love seeing Skyler tell Lydia to leave in no uncertain terms. I doubt we’ve seen the last of Lydia, but it’s great to see Skyler standing up for herself and protecting her family. I’m also a bit worried that this new found strength might make her a target for Walt.

-- Walt has quite a different answer to Hank’s question of “Who are you?” than he did when Skyler asked it previously. But it was no less of a threat to Hank than his answer was to Skyler.