Well, these last eight episodes are certainly off to quite the start. I don’t think much could top the much anticipated Hank-Walt showdown from last week, but “Buried” certainly had its share of tense showdowns that have been a long time coming.

This week’s most interesting tete-a-tete is the emotionally charged conversation between Skyler and Marie. Now, for the last several seasons, the show has never quite known what to do with Marie. She’s always existed outside the main action of the meth storyline. In comparison, Hank has been chasing Walt since the beginning, while Marie hasn’t been directly connected to the meth storyline outside of Hank’s near death experience. So to see her relegated to a key part of the endgame is a great surprise. 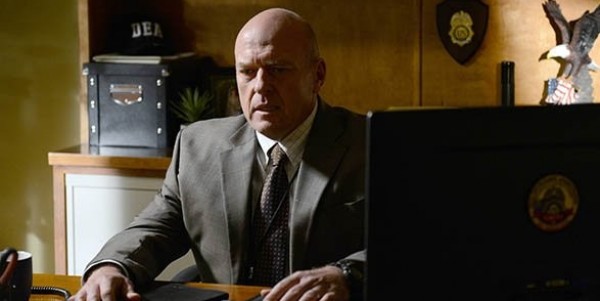 Seeing how easily Marie reads everything on Skyler’s face, recounting the entire sordid tale of Skyler’s involvement with Walt’s meth scheme, is amazing. Major kudos to Betsy Brandt for making the most of the great scene she's given. After watching Hank hopelessly bungling the same situation, Marie’s intuition with regard to her sister might be the key to Hank trying to catch the Whites. That is, of course, if Jesse Pinkman doesn’t tell it all to Hank first.

It was only a matter of time before Jesse’s disregard for his own survival brought him into contact with law enforcement. Jesse is the one wild card left on the show. And judging from his current mental state, it is entirely possible that Jesse may be the one thing that brings down Walt’s empire. I’m very interested to see what direction Hank’s interrogation takes next week, considering how poorly he botched his discussion with Skyler. 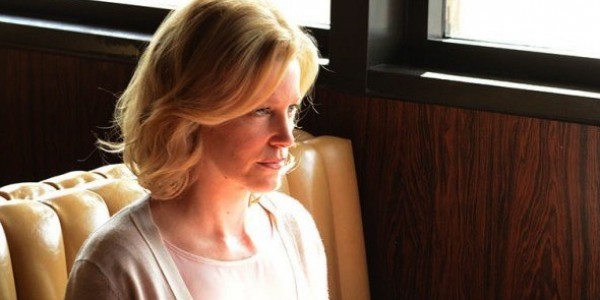 Moving on to Hank and Skyler’s confrontation in the diner, I’m getting more and more worried that Hank is going to completely screw up everything and somehow allow Walt to get away. Pushing Skyler to give up Walt, in a public place no less, and assuming that she's terrified of the monster Walt has become, is extremely shortsighted. After all, if Walt can be a drug kingpin, what’s to say that Skyler isn’t in on the game? Moving so quickly with this investigation can only serve to set Walt off, and knowing how dangerous Walt truly is, I’m very surprised Hank is taking steps that might do exactly that.

It certainly looks like the roles played by Walt and Skyler are reversing, at least a little bit. After his trek into the desert to bury his ill-gotten gains, Walt’s genuine offer to confess everything to Hank, so long as Skyler promises to use the money to take care of the kids, is met with a reality check from Skyler. Any confession by Walt makes the money null and void. Skyler is now in this completely (and Hank presumably knows that now as well). She stands to lose just as much as Walt does if it all goes to hell. I believe we’ll be seeing a lot more of Skyler’s survival skills in the episodes to come, which will be very exciting to witness. Despite the nearly constant backlash against the character of Skyler from fans, she's always remained an essential part of the story, often serving as the voice of reason in her fear of and disgust with Walt's actions (who, as the protagonist, we as the audience are expected to root for). This strength (or at least a clearheaded take on what's happening) may not endear Skyler to fans, but it is nice to see the show's female characters (including Marie and Lydia) get to take strong stands this week.

Finally, it looks like Lydia has found a solution to her meth purity problem: simply have Todd and his Uncle Jack (and Uncle Jack’s buddies) kill off all the old guard and create a new operation. While Walt at the height of Heisenberg power was a terrifying sight to see, I think Todd might be even more frightening. This is a young man who finds nothing wrong with killing a small child in broad daylight and participating in the murder of a dozen men. Walt may have done some awful things, but he rarely ever got his own hands dirty. His M.O. was getting those around him to take care of the lesser tasks for him. Todd has no such peccadillos. If he ever ascends to the top of the heap, watch out. 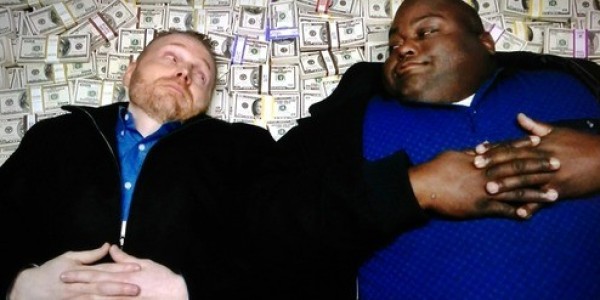 -- Any scene with Huell is always a joy. Watching him roll in the money like Scrooge McDuck is pretty darn wonderful. If there is a Saul spin-off (and I’m really not a fan of the idea for several reasons), Huell showing up every week would be a major bright spot.

-- I’m glad the guy who finds Jesse opts to call the cops rather than swipe the money for himself. Jesse really needs someone to save him from his downward spiral, and if that has to be Hank, so be it.

-- Once again, Marie tries to take something that isn't hers when she attempts to remove Holly from the White house. Ultimately, Holly would probably be much better off if she was raised by the Schraders. This throwback to Marie's earlier days of  kleptomania doesn't quite justify how the earlier storyline was handled (and quickly dropped), but it is a nice storyline for the character.

-- Having Walt back in the desert, and later in his tighty whities again, brings the show back to the beginning. Thus, it is fitting that the Walt at the end of the episode has lost all his Heisenberg fight and seems to be giving in.

-- A tip of the hat to the episode's director, Michelle MacLaren. She has been responsible for some of the series' greatest moments (she directed "4 Days Out," among others) and does another wonderful job this week.

-- Where’s Walt Jr.? And how long before he finds out what his parents have been up to all this time?