Breaking Bad – Confessions Review: How Do You Solve a Problem Like Jesse Pinkman?

Just when Walt thinks he has managed to put out one fire, it looks like another one might be ready to erupt. “Confessions,” the third episode of Breaking Bad season 5B, gives us several confessions that sparked the return of Heisenberg, the collapse of Hank’s investigation, and the transformation of Jesse into a dangerous element that even Walt can’t control.

As I discussed in my past two reviews, Walt is a man that depends on having control over situations. It’s no coincidence that he became a chemist, working in a field that demands control over one’s work lest it morph into a dangerous and potentially deadly concoction. It is this drive to control that has created the larger than life drug lord Heisenberg. Which is why it is puzzling that Walt has allowed Jesse to stray so far from his direct control and become a deadly mix of anger and hopelessness that has the potential to destroy everything Walt has worked for.

Jesse is the one thing that can sink Walt on several levels. And now with Jesse's confession to Walt that he is aware of Walt’s manipulations - that every conversation they have had has been with the goal of getting Jesse to trust him and do what he wants - Walt knows that there is nothing he can do to get Jesse back under his control. So why doesn’t Walt just kill Jesse in the desert like Jesse expects him to? Perhaps Walt really does think of Jesse as his son. Or maybe he doesn’t want Saul to witness it. Whatever the reason, I’m betting Walt now wishes he had been able to pull the trigger earlier, because the loose cannon that is Jesse Pinkman has a lit fuse and it looks like the final showdown between Walt and Jesse is set for next week. 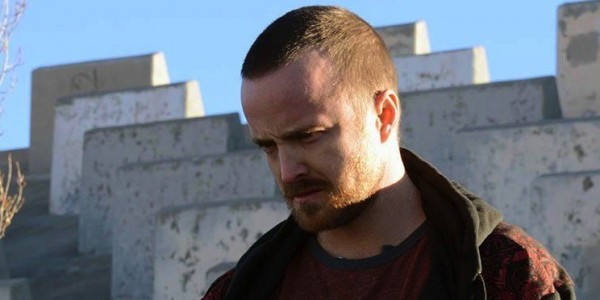 I just want to take a moment to mention Aaron Paul’s excellent work this week as Jesse. For the past several episodes, Jesse has been in a deep depression that has called for Paul maintain a blank stare and the look of a man lost (which Paul has played to perfection). This episode provides Paul with a chance to stretch a bit. Keeping his steely composure while Hank questions him (reading Jesse’s situation much better than he read Skyler’s last episode), breaking down to Walt while confessing that he knows how Walt has played him throughout the last few seasons, and, most impressively, the look of realization on his face as he puts two and two together regarding the ricin switch from two seasons back. Watching the emotions on Paul’s face switch from nervous and broken to shock to the release of months’ worth of deep seeded rage is truly amazing.

Back to the review, Walt’s inaction with Jesse is even more troubling when Walt’s skillful action in diffusing Hank’s investigation is taken into account. After appearing to be backed into a corner last week, and seeming to wilt under the mounting pressure from Hank and the return of the cancer, Walt returns to top Heisenberg form this week with his terrifyingly callous and brilliant “confession.” I'm shocked that Walt was capable of such a horrific attack on Hank (and, by extension, Marie), although,] none of us really should be surprised by anything Walt does at this point.

The Walt from this episode is a master manipulator and liar, quite a change from the Walt we knew at the outset of the series. He is able to create a convincing string of lies (mixed with just enough hints of the actual truth) that will save his own skin while destroying the lives of his siser and brother-in-law in the process. Walt no longer cares who is collateral damage in his endgame. All that matters is protecting himself and the life he has created for his family. 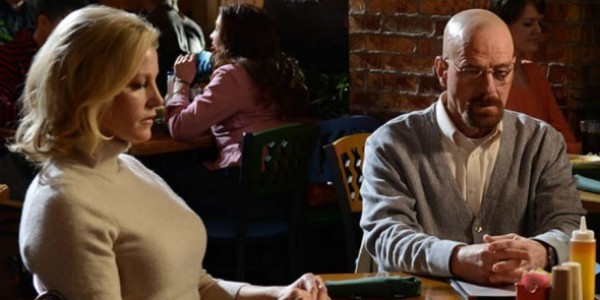 Each instance mentioned by Walt in the video pans out with the show’s timeline. It’s not a stretch to imagine Hank having a network of dealers through his DEA connections. Hank could certainly have recruited Walt and used threats to keep him in line (as Walt told Hank, who would ever believe someone as meek as a cancer-stricken high school teacher was a drug kingpin). The cousins’ attack on Hank can be explained as a hit by Gus. And it’s all too easy to say Hank was the mastermind behind the murder of Gus, his rival in the New Mexico meth game. And if all that isn’t enough, having Hank’s rehab paid for with drug money is the ultimate nail in the investigation’s coffin. A truly great piece of work by the writing staff to piece all of those major plot points together - I wouldn't be surprised to find out they have been planning this end game from the beginning.

These past few episodes have shown that Walt isn’t as invincible as he believes himself to be. But this episode proves that he will not go down without a fight. Watching the wind leave Hank’s sails is gut-wrenching. And his pain and disgust at hearing Marie's confession - that Walt's drug money funded Hank's recovery - only adds to Dean Norris' continued streak of excellent work. After this, I’m not sure how anyone can be rooting for Walt to walk away from the series unscathed. And now that Jesse is firmly in his cross-hairs, I’m worried that he might not be walking away from anything after next week. 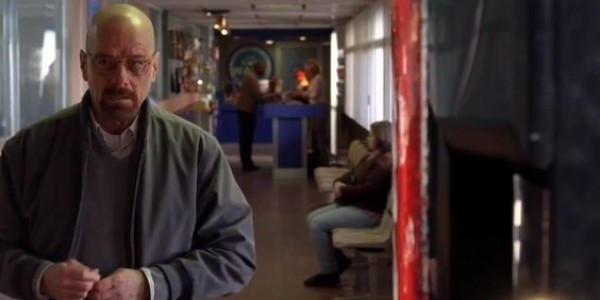 -- We know from the flashfoward that the house is still standing and doesn't appear to have fire damage. So we know Jesse doesn't get to light the gasoline. But I highly doubt there won't be fireworks of some kind next week.

-- After a strong turn last week, taking over for Walt in his moment of weakness, Skyler is back to being a non-entity this week. She wilts under Hank and Marie's double team in the restaurant, and seems to be walking through things in a fog at the carwash. Does Walt's video confession finally push her over the edge?

-- Colors have played an important role in the series, with the clothing of a character signifying where they are mentally and morally in a given episode. For nearly the entire series, Marie has been given the color purple. This week, she is dressed in all black. A striking change in color palette.

-- Todd sharing the details of the great train heist with his uncle (and conveniently leaving out the part where he kills a child) doesn’t really bode well for things. Loose lips sink ships, after all.

-- Todd calling Walt to inform him of the change in the business? I’m not sure how that will factor into things.

-- It's nice to see that Flynn/Walt Jr. is still around. Walt’s manipulation of his own son is sickening to watch, though. Yes, keeping him away from Marie and Hank is better for the safety of Walt and Skyler, but using the cancer as a means to keep Walt Jr. close is just awful.

-- I honestly think Jesse is going to get away and be able to live his life (and, in doing so, take Walt's fatherly advice one last time, despite his anger toward Walt's continual attempts to play him). Seeing him realize that Walt got Saul to have Huell lift the ricin cigarette is hard to watch. While we've been waiting for the other shoe to drop on this secret (as well as the secret surrounding Walt's role in Jane's death), I genuinely don't like seeing Jesse in even more pain as a result of Walt's actions.

-- It looks like the cook is being moved back into New Mexico. That can’t end well, right?

-- I love that Saul’s license plate is LWYRUP.

-- Now that Hank and Marie are just as culpable by taking drug money, I’m anxious to see if Hank is willing to risk not only his job but his wife’s freedom to put Walt away.