Breaking Bad – Granite State Review: The Eye of the Storm

When there is a deadly hurricaine or other such storm, in the midst of the constant barrage of desruction and violence, there also exists an uneasy calm that occurs once you are positioned within the eye of the storm. "Granite State," Breaking Bad's penultimate episode, serves as the eye of the Walter White strom. After last week’s  frenetically paced episode, which saw the series reach its climax, this episode brings the tension down to a simmer, easing us into next week’s finale. With the exception of one particularly harrowing moment (more on that later), the episode is filled with more words than action, allowing us a chance to catch our breath before we say goodbye to Walter White for good.

Let’s begin with Walt. While there has been quite a bit of speculation throughout the season as to whether or not Walt would actually make it to New Hampshire before returning to New Mexico to administer his justice via gun and ricin, we know now that Walt does in fact travel to the Granite State with the aid of Saul’s “vacuum man” (who, in a surprise twist, really does repair vacuums).

But the Walt that arrives in New Hampshire is a man without options. There is a nationwide manhunt underway for the meth kingpin of Albuquerque. He can’t leave his small one room “home” unless he wants to be caught. For a man so intensely focused on his need for power and control, the thought of sitting alone in an isolated cabin is tantimount to torture. However, for awhile, Walt actually listens to the advice of another person and stays put. But, once again, Walt’s need for control and his desire to be noticed rears its ugly head.

Starving for human contact, and still under the delusion that his family wants his help, Walt heads into town with a package of money.  In one of the most ill-conceived decisions he has made during the course of the series, he calls Walt, Jr. Spouting more lies (and attempting to deny the news reports about his infamy: “What they’re saying about me isn’t true!”), Walt tries to get Junior to agree to get the package from Louis’s house once Walt mails it there. After all, this money is Walt's "life's work," and, no matter what it cost to gain, Walt did it all for his family - two refrains Walt repeatedly stresses throughout the episode (in light of how things have fallen apart, these justifications are now more to convince Walt than to convince anyone else that his actions came from a pure place of altruism rather than greed). But Junior will have none of it. He’s learned not to trust Walt. And, like Marie before him, Junior tells his father he should just die. 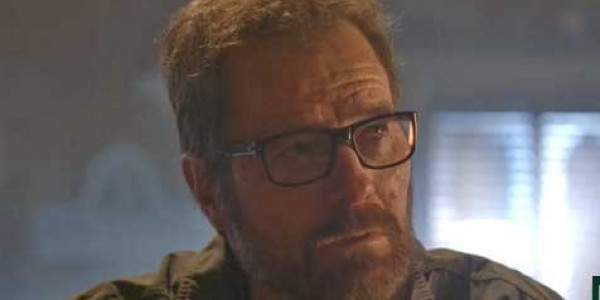 After spending the entire episode telling anyone who will listen that all he has done, he has done for his family, Walt has been completely rejected by every last one of them (even baby Holly). And while there may be some sympathy for Walt as Junior repeatedly accuses him of killing Hank when we know Walt didn’t actually pull the trigger, it’s hard to have much sympathy for someone whose own choices led him to this moment. Even though he didn't pull the trigger, Walt is just as responsible for Hank's death (and Gale's and Drew Sharp's) as the actual killer. A broken man without his family as the light at the end of the tunnel (or, at least the hope that all the wrongs Walt did would result in his family’s safety), Walt phones the DEA.

And then the episode's brilliant twist occurs. Leaving the phone off the hook, awaiting capture, Walt notices Gretchen and Elliot Schwartz on television. It seems Grey Matter’s stock has tumbled due to Walt’s past involvement with the company. But, they insist, Walter White’s sole contribution to the company was coming up with the name! He had nothing to do with anything else. That’s not all - according to the program’s host, Walt’s signature blue meth is still in circulation, prompting speculation that Walt’s still cooking.

While his son’s rejection may have deflated Walt’s will to continue life as a free man, this insult to his pride is one that cannot be allowed to stand. Like Bruce Banner, you won’t like Walter White when he’s angry. The glint is back in his eye. Heisenberg has returned.  And he’s going to be heading back to Albuquerque for one last hurrah, with some interesting party favors in tow.

In the episode’s other main story thread, the destruction of Jesse Pinkman continues. It appears that Jesse’s initial cooks have gone well, and purity is up into the mid-90s (or, as Lydia calls it, Heisenberg numbers). The blue has even returned. In fact, Todd is so happy with the turn around that he brings Ben & Jerry’s to Jesse’s cage for dessert. It looks like Jesse will be forced to live out the rest of his days locked in the pit and forced to cook for Todd. But if we have learned one thing about Jesse Pinkman throughout the series, it's to never count him out when the chips are down. Somehow, despite everything that has befallen Jesse in the past several episodes, he still has some fight left in him. 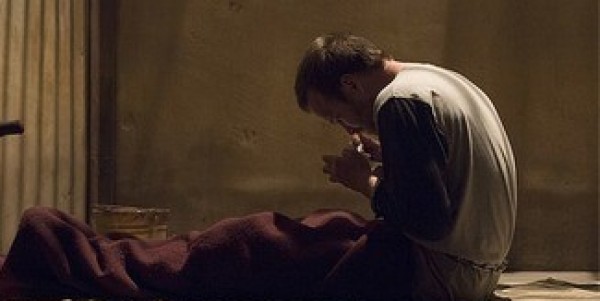 In a move worthy of MacGyver (and, perhaps one of the least plausible moves in this last string of shows), Jesse uses a paperclip to unlock his handcuffs and executes a flawless escape. Or, at least it is a flawless escape until the Nazis surround him and recapture him. And, as we all knew would occur, Jesse is brutally punished for his actions.

As we learned from six years of watching Walter White’s downward spiral, Breaking Bad is a world where others pay for the mistakes of the individual. Just ask poor Hank and Gomie. This time, Andrea is the price exacted from Jesse for crossing the Nazis. Jesse’s guttural howl as Todd pulls the trigger is awful to watch. In fact, all that is written in my notes regarding this scene is, “This show makes my heart hurt.” Like Jesse, the pain in our hearts only increases upon hearing Jack remind us that should Jesse step out of line again, “there’s still the kid.” With a deterrent like that, I cannot imagine Jesse doing anything other than obey.

It’s hard to imagine that next Sunday marks the series finale. After how soul crushing these last several episodes have been, I’ll certainly be happy for the emotional reprieve. It has been an amazing and difficult ride to reach this point, and I’m equal parts wary and eager to see what Vince Gilligan has in store for Walt, Jesse, Skyler, and the rest as the show’s final chapter is unveiled. 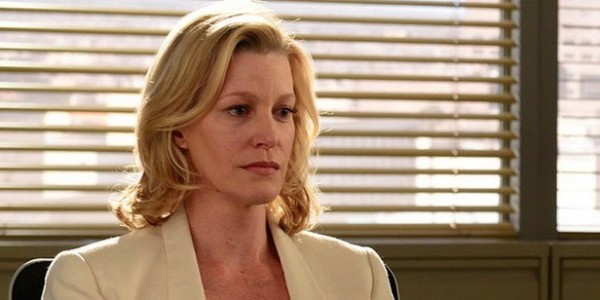 -- It looks like we have our answer as to why the Better Call Saul pilot is being billed as a “prequel” and not “sequel” to Breaking Bad. Frankly, I think Saul gets the best ending out of all the characters. Starting a new life in Omaha, even if it’s doing menial labor, is likely a better deal than the rest of our motley crew will end up with next week. Way to slither your way out of trouble one final time, Saul!

-- With Saul gone, I’m really worried that Huell is actually still in that motel room . . .

-- Not nearly enough Skyler or Marie this week. I’m sure Skyler has a role to play in the finale, but I worry Marie may be gone for good. Although with her talk of poison, might she actually use it in some way in the finale? Maybe as a means of suicide?

-- One last Saul comment. After years of cowering and taking orders from Walt, Saul gets the last laugh. Walt should have listened to his advice and stayed in New Mexico to protect his family (after all, he's doing it all for his family - why run away from them when they need him the most?). Saul's “It’s over” speech to Walt is the most sincere we’ve seen him. If that’s the Saul we get to see in the prequel, sign me up.

-- Todd is terrifying: calmly threatening to steal Holly one minute, cheerfully greeting Lydia the next. And the proud smile on his face when Jesse reveals he killed Drew? Chilling.

-- Nice work by Robert Forster as the vacuum man. My one gripe: the character is more or less an exposition tool. Rather than seeing what's happening with Skyler and Junior, Forster just tells us. Telling rather than showing is a misstep lesser shows fall into constantly. I expect more from Breaking Bad, especially when it’s giving us such a great last set of episodes.

-- Finally, bringing back Gretchen and Elliot at the eleventh hour is a brilliant decision. I didn’t see it coming at all, but it makes perfect narrative sense, both for the show and for Walt’s character. There’s always been so much hurt pride for Walt where they are concerned, so their dismissal of Walt's contributions to their success being the one thing that springs him back into action mode is a great choice.