Call of Duty: Advanced Warfare's final DLC release is coming out August 4th on Xbox One and Xbox 360. The new DLC is called "Reckoning" and like the other DLCs will include four multiplayer maps, a new weapon and a new zombies map. Reckoning will release on other platforms at a later date. This is the final DLC that will be Xbox first as Black Ops 3 DLC will be Playstation first.
The new DLC will conclude the zombies storyline. Here's Activision's description of the Exo-Zombies episode "Descent":


Bill Paxton (Aliens, Titanic, Edge of Tomorrow), Rose McGowan (Planet Terror, Scream), Jon Bernthal (Fury, The Wolf of Wall Street) and new member Bruce Campbell (Army of Darkness, Burn Notice), are about to escape from the Atlas aircraft carrier on which they've been stranded. But before they do, they discover their friend and original squad member, John Malkovich (In the Line of Fire, RED, Burn After Reading), has been turned, and is now among the undead. Descent introduces a remote ocean Atlas survival facility, new "fused" exo zombie enemies, and the Trident Reflected Energy Weapon. 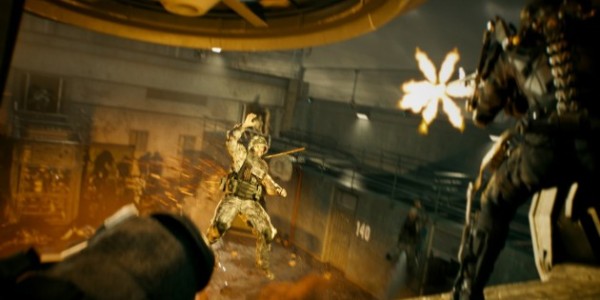 Along with the final zombies episode the new DLC includes 4 new multiplayer maps. 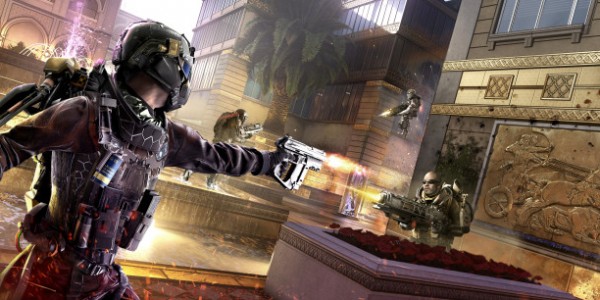 Call of Duty: Advanced Warfare was developed by Sledgehammer Games and is currently available on Xbox One, Xbox 360, PS4, PS3 and PC. Reckoning will be released on Xbox One and Xbox 360 on August 4th 2015 and will be released on other platforms at a later date.
You can read our review of Advanced Warfare here and read about the upcoming Black Ops 3 here. The Black Ops 3 Beta starts soon on PS4.