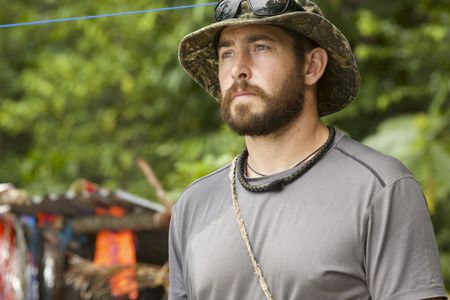 Castaways, the latest summer reality show from ABC (Tuesdays, 10 PM Eastern/9 Central) tries to be a sociological, psychological,  gripping show where 12 strangers are stranded on a series of islands with next-to-nothing while asking viewers to watch as they struggle to survive. The biggest problem is there is no payoff. Literally. Much like the $50 million reality show flop Utopia that Fox attempted to force-feed viewers in 2014, which followed fifteen strangers trying to make a perfect society—Castaways lets us eavesdrop on 12 ordinary Americans from all walks of life as they are stranded in different parts of an island chain (Indonesia) in the South Pacific.  They don’t know how many others are also stranded—where they are—or how long they’ll be there. And we really should care. We really want to care. But… even after one episode, you can’t help but ask yourself why you should. Because if contestants are only seeking to gain “respect from the island,” then we just don’t have any way to reach a level of television that can come close to entertaining, let alone compelling. 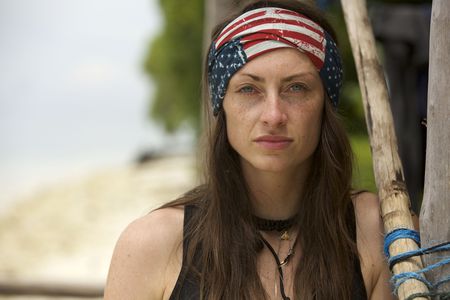 In the pilot, the castaways are abandoned individually—and they each find someone else’s items nearby (but not their own), as well as some other randomly discarded items like partial structures or a few discarded items that might help with survival (like two cans of sardines). Still, life will be difficult: (think Survivor without a full shelter or Jeff’s customary gift of rice and some flint). More importantly, they have no one else to immediately confide to. You know what’s also missing? Jeff Probst. Or Phil Keoghan. Heck, throw us Heidi Klum telling us one day we’re "in" and then next day we’re “out” on the island. No host means no wit. No lighter moments to chuckle after watching starving people get rained on for a half hour. Instead, there’s an off-camera narrator. While the point is that they are on their own, it still means viewers lose out. What if we had a “command center” view where the home audience could view where the contestants were? What if we were told where the supplies were hidden? Nope. The audience gets nothing. And the show drags on. If you have a heart and soul (and most of us do), some things work well: ABC has produced this in a way they want us to truly care about the contestants here—so they bring us (via video clips shot in a strange documentary style) to their original lives. We see glimpses of them before they became stranded. But more importantly, we see their flaws in first-person confessionals. We hear about the 390 pound man from Alabama with an “addiction to food” who realizes “If I keep doing what I’m doing, I will be dead” and a woman from Hawaii who lives off the grid with brothers (shown to be defending some type of compound-like home with guns) but says “If I don’t live my own life my family will suffocate me.” We hear about a 61 year old woman who now has to adapt to a life taking care of two elderly parents, one with dementia. And if their narratives don’t get to you, their journal writing will. Yes, it appears (for extra dramatic effect, which mostly fails) each contestant kept a journal before they were stranded, so when contestants find a stranger’s journal they read aloud about them (which usually expose the demons they’ve been battling). It really makes us all want to advocate for stronger mental healthcare plans. Castaways gets an A for… casting. These are empathetic characters. And apparently the Dr. Phil of the show is indeed the island itself. Like the fictional character John Locke’s mysterious connection with the island on Lost, these real-life contestants must believe marooning themselves on an island for an undisclosed amount of time can somehow shape and transform their lives for the better. We’re told over and over by the contestants “I have to make it” to the “rescue” but it’s not exactly clear how long and why. Are they trying to escape their problems? Prove something to the world? Whatever motives they have (external or internal) seem to be as concealed and unclear as the producers’ bizarre reason to not even let us meet most of the castaways in episode one. We spent the entire first episode with three or four contestants, although about half of the episode was focused on a single one. They apparently think we will stick around to several episodes to “meet” more of the twelve contestants. While this did work for CBS’ Hunted (2017), which released to viewers only a few of the “fugitives” at a time in that reality show,  there was also a lot of tension in the show—as some contestants were actually eliminated by being “captured” in some of the episodes. The Castaways pilot had a pacing issue the entire time. No one seemed to be in real danger—no one threatened to quit—meaning there is really no suspense. Reality shows without suspense tend to do quite poorly. And then there’s the logistical, nagging questions that are important in a reality show. So if you choose to quit, how do you do it? Do you have an emergency transponder beacon? Cell phone? What if you truly get sick? Contestants on Survivor have medics standing by in Fiji… but there is no clear explanation of how these strangers are being watched or observed. ABC may have decided to play coy in the pilot about such details, but instead of making the show seem real, it makes a discerning viewer believe the show is even less real. 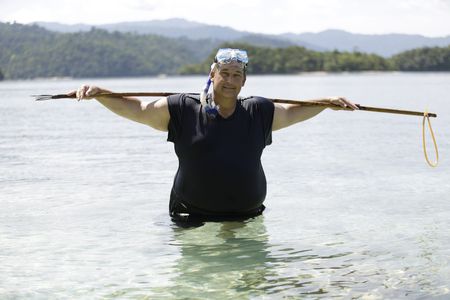 Still, there’s a moment in good reality television that tugs at your heart just enough. You feel for the contestant on the cooking show when he or she is offered some free cooking classes from a top chef even if they aren’t the winner—you indulge in the successes of a contestant who finally has kept off weight that they’ve been trying so hard to keep off in a show like The Bigggest Loser—and even this show has moments like it: When two of the twelve contestants actually came in contact with each other after a few days of isolation—there is genuine emotion on screen highlighting the need for humans to have someone and to find companionship in an unknown wilderness, and that translates to a heartfelt connection with the viewer. We’re genuinely moved and we realize then we’ve been uncomfortable for them. But that’s the long-term problem for a show like Castaways. No one likes to watch a show where most of the time we feel uncomfortable. The joy of Survivor is to watch the gameplay, the strategy, and the ability of the contestants to stretch everything inside themselves for a chance to win a million dollars. Castaways hopes we’ll watch to see if they can somehow hang on for an undisclosed amount of time just for the heck of it and impossibly win over demons that probably require a healthcare professional. Sadly, even in a less crowded summer TV landscape, the show doesn’t give us enough reason to stick around long enough to see if they make it.
Rating
6.0
Pros