First off, I need to say that I never had the chance to read Joseph Heller's novel "Catch-22" during my time in school (I had a chance to read it in 8th grade, but opted to read "The Grapes of Wrath" instead - after watching the Hulu miniseries of "Catch-22" I strongly suspect I picked the wrong option). Catch-22 is a six-episode miniseries from Hulu, executive produced by George Clooney (who also appears in the series as Scheisskopf and directed several of the episodes) is a stunning piece of television that, despite its achievements, left me feeling cold.

There’s a lot to love about Catch-22. The cinematography is spectacular, capturing both the stunning vistas of the Italian countryside and the ever-changing blues of the sky during the air raids (while CGI, the imagery during those battle sequences is gorgeous to behold). The supporting cast is top-notch, with Kyle Chandler as the tyrannical Colonel Cathcart and Daniel David Stewart as Milo Minderbinder (the mess officer who manages to create the black-market Syndicate) as two standouts among the field. The series manages to convey the satirical nature of the original novel, and as more and more atrocities begin to pile up, the tone changes to be sufficiently darker to match. But, despite all these positives, Catch-22 just doesn’t quite work. 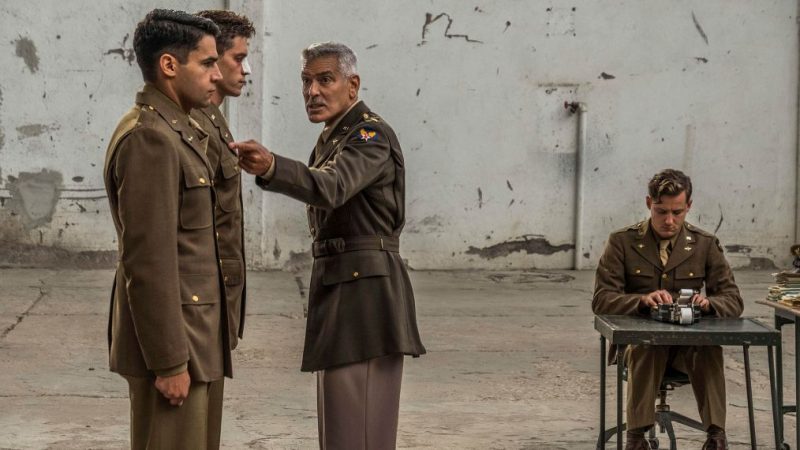 A lot of the emotional disconnect inherent in the mini-series comes from Christopher Abbott’s (Girls) performances as John Yossarian (Yo-Yo), our audience surrogate and protagonist. Having a character as a stand-in for the audience is a tricky prospect. We need to see the world and its absurdities through their eyes, so they cannot be complicit in the most egregious events that surround them. But the performance needs to be interesting enough to keep us engaged. If we don’t care about the character, we won’t really care all that much when bad things happen. And that’s the problem here: Yo-Yo isn’t a compelling character, and while it stinks that he can’t seem to extricate himself from this war (the catch-22 of the title), there’s not much to make us care about it.

Now, some of this stems from the script, wherein Yo-Yo is forced to react to the events around him rather than act. He is assigned to fly a particular mission with a low chance of success, so he orchestrates a bout of food poisoning for the unit to get them out of flying it. He complains to a sympathetic nurse (Tessa Ferrer, doing great work in a small role) about the ever-escalating mission quota and it isn’t until she suggests he volunteer for additional missions to meet it faster that he even thinks of trying that route. He spends so much time complaining and not acting that it’s incredibly hard to care about the unfair world around him. 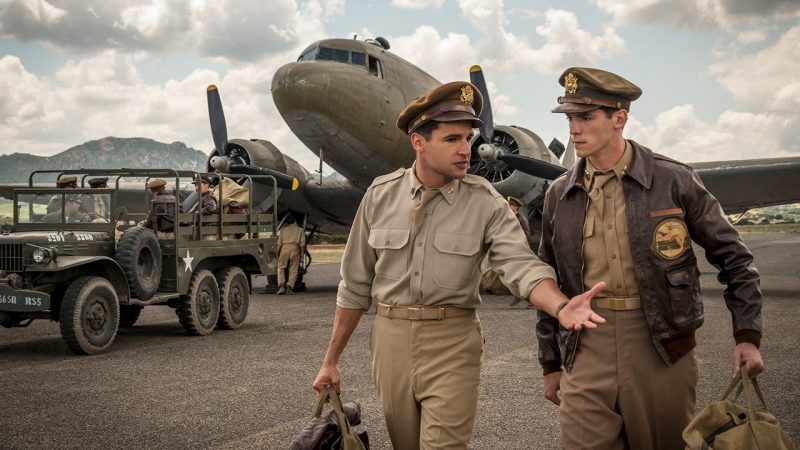 What makes Yo-Yo really not work as a character is Abbott’s low-key portrayal. He rarely shows any emotion beyond blasé indifference to the world around him. There’s one single moment in the entire mini-series that elicits any major response from Abbott, and while that moment packs a wallop, it’s too little, too late. One could argue that Abbott’s choice is meant to show how one must numb oneself from the horror around in the heat of war, but it’s not a choice that resonates particularly well on screen. If we knew a bit more about Yo-Yo’s life before he was drafted into the Army Air Corps, perhaps it would work. But as is, it presents a gaping hole in the center of what is otherwise a strong story.

Despite the lackluster performance of the mini-series’ leading man, the rest of the world concocted within Catch-22 works so well that I can’t help but recommend it. It accurately captures the horrors of war (and, as the granddaughter of a World War II bombardier – the position Yo-Yo holds in the series – it was particularly intense to watch recreations of what my grandfather went through during his time in the war – a time he rarely spoke of during his long life), but also manages to get digs in against the war industrial complex, the ability of those in power to reward the worst and not the best of us, and how consequences rarely affect those with enough power and clout to avoid them. The message of the series is clear, and it shines through despite a lead performance that lacks any real bite.