We’ve been hearing quite a bit about The Hunger Games: Catching Fire, the sequel to this year’s mega-hit The Hunger Games. With new characters joining the action, speculation has been rampant in regards to casting. Most recently, Lionsgate offered Philip Seymour Hoffman a role as new head gamemaker Plutarch Heavensbee, and now another key role could soon have an actor attached.

The Playlist reveals that Zoe Aggeliki and Mia Wasikowska are up for the role of Johanna Mason, a former champion of the Hunger Games. Aggeliki is a fashion model who will make her big-screen debut alongside Jeff Bridges and Ryan Reynolds in next year’s R.I.P.D. and will also play a part in Percy Jackson: Sea of Monsters. Wasikowska is certainly the more known quantity, as she led Jane Eyre last year and Tim Burton’s Alice in Wonderland, not to mention key roles in Albert Nobbs and 2011 Best Picture nominee The Kids Are All Right. 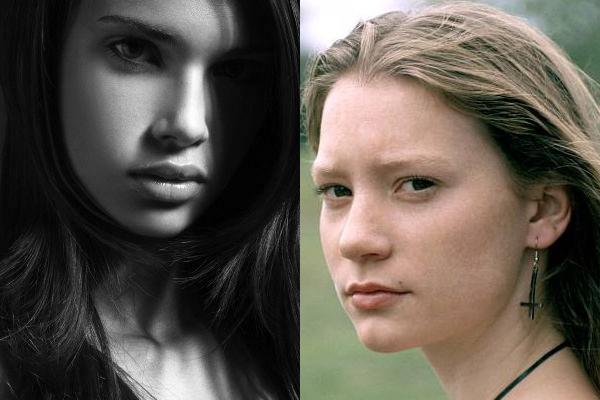 Both actresses have been negotiating for the part, and Aggeliki seems closer to the part than Wasikowska despite being the smaller name. Here’s some info about the character, via the source:

“The character becomes a strong ally with Katniss and Peeta during the 75th Hunger Games, but has a testy relationship with Katniss who likens her to an older sister who hates you. She's a fierce competitor, who has no family and friends left in District 7 where she hails, with her weapon of choice being an axe.”

Mason and former champion Finnick Odair are two of the bigger roles to be cast, with the latter having already caused quite a swirl of casting rumors earlier this month.

Francis Lawrence replaced Gary Ross as director of The Hunger Games: Catching Fire, which looks to shoot this fall and arrive in theaters on November 22, 2013.