By: Patrick Cowles | PC Features | January 11, 2014
CES has come to a close for 2014 and the show this year has been quite exciting for PC gaming; especially in regards to Valve's Steam-room experience which seeks to bring desktop gaming to the couch. Though the news has been out for months that Valve has developed a linux-based operating system along with an innovative hand-held controller, the partnered developers for the Steam Machines which will utilize the former two were not known publicly until four days ago. 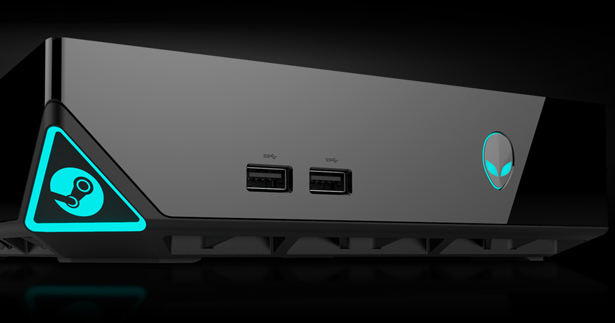 Bringing thirteen Steam Machines to CES for exhibition, with a total of fourteen first generation manufacturers; Valve will depend upon Alienware, Alternate, CyberPowerPC, Digital Storm, Falcon NorthWest, GigaByte, iBuyPower, Maingear, Materiel.net, Next Spa, Origin PC, Scan, Webhallen, Zotac to provide the ship for the Steam-room experience to sail on. Naturally consumers capable of building their own Steam Machines will be able to captain their own living room into Valve's vision of a Steam-ready entertainment room; none the less the machines which Valve showcased are quite impressive in terms of dimension and design when compared to form factors cases on the market, but fall short of enduring that same impression when you see the price and hardware options. Ranging from estimated prices between $500 to $6,000, the Steam Machines on display obviously ranged greatly in their hardware but also their aesthetic. However the above mentioned manufacturers have not yet finalize the launch specifications for their Steam Machines, many of those choices will be up to the consumer considering that the companies producing these machines are boutique PC gaming.
As one would expect, most of the Steam Machines unveiled during CES by Valve have many hardware component options yet to be determined though by in-large most of the advertised specifications feature Intel processors and Nvidia graphics with no particular brands mentioned for RAM or storage. None the less, as these machines run the gambit in form factor size, most of the machines will feature solid-state drives or hybrid drives with an average baseline of one terabyte in storage and 8GB in memory with configurable options to upgrade specific components prior to purchase. 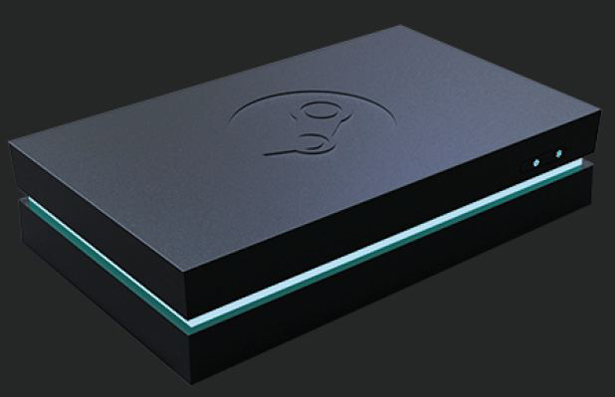 Since these machines are expected to launch later this year, the questions that come to mind regarding the Steam-room experience after evaluating the proposed hardware are two fold, how does the Steam Controller's fidelity measure up to a mouse and keyboard and what sort of Steam Library will users have access to without having to stream their Windows-based games from their desktop.
Though some of the reporters that went hands-on with the Steam Controller at CES maintained a fair portion of skepticism towards hapatic-enabled trackpad controller, the overall consensus is one of delayed acceptance and intrigue. You just can't fully acclimate to a brand new style of controller in a few minutes and considering the innovations brought to hand-held controllers via the Steam Controller, an adjustment period is not only understandable but wholesomely expected. However, the trackpads offered those that tried the device a surprising threshold of precision and agility while navigating through a few of the Linux-ported games Valve used to help demonstrate the new technology. Of course a hand-held controller can never emulate the alacrity of control that hotkeys bestow PC gamers, short of voice-control; the amount of buttons along with the LCD touchscreen furnish the device with enough functionality for casual play of any gaming genre. 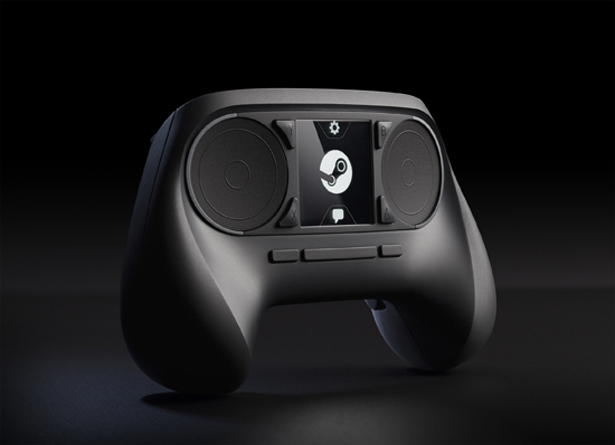 The biggest concern I hold for the Steam-room dynamic is at-launch limitations the Linux-based SteamOS will have. To date Steam has 291 Linux available in the store, 24 of which are early access titles in either the alpha or beta stages of development. That is not enough to fill up a terabyte or six (as Falcon Northwest is offering a maximum of) of storage space which makes me wonder why Falcon Northwest has even bothered to offer up such a high volume of storage space, especially considering that SteamOS will allow users to stream Windows games from their desktop to Steam Machine. Furthermore Linux has very limited options for media streaming applications. Netflix is not officially supported by the operating system which will be another hurdle for Valve to vault over before releasing the system dynamic to the market considering that the living room in the digital age is more of an entertainment nexus than another room to play video games in.
Though an operating system designed specifically for Steam and PC gaming will benefit in-game performance by reducing ulterior processes present in Windows and MacOS, you can't compete with the convenience of the console entertainment system market with enthusiast-suited complexity.  Considering that the custom-tailored open-source operating system will allow the community to evolve the experience rather than the developer, users seeking to play games while stream video through Netflix and other streaming services will be left with finding and implementing open-source options such as Pipelight. If Valve doesn't garner software support for those services prior to launch; expect a rocky start for less technically savvy users and console gamers looking to convert.

Nor am I entirely sold on the prospects for the Steam Machines Valve and their partners exhibited this year. As industry analyst Bob O'Donnell with Techanalysis Research explained to Brier Dudley with The Seattle Times; the Steam Machines represent the partnered PC vendors diversification of their product line while searching for more profit driving options. Hardware and case products currently on the market already challenge these first generation Steam Machines as a viable option for any gamer seeking to bridge the space between their desk and couch, to which we can expect smaller Steam Machine inspired cases to hit the market before 2015. Though the displayed models offer a wide scope of options in performance and size, the current market has solutions that will fit into a form factor case which fits snugly and blends into a living room entertainment center.


"The first generation Steam Machines offers something for every gamer, which is a critical part of extending Steam into the living room...a variety of Steam Machines that allow them to select what makes the most sense for them," said Gabe Newell of Valve.


Though Newell's words cast a wide array of options cascading over a shining sunrise for Valve's bold and adventurous venture into the living room; the models brought to display at CES this year reflect linear companions to desktops on the market rather than affordable counter-parts which complement the Steam-room experience. Though aesthetically and dimensionally the form factor cases of the thirteen units brandished are quite impressive, the hardware options are on par with form factor PCs on today's market leaving a distinct impression that consumers will be paying for a boutique box more than boutique hardware.